Chelsea Women’s Coach Suggested Smaller Goals, Pitches For Women — Hope Solo Is Having None Of It 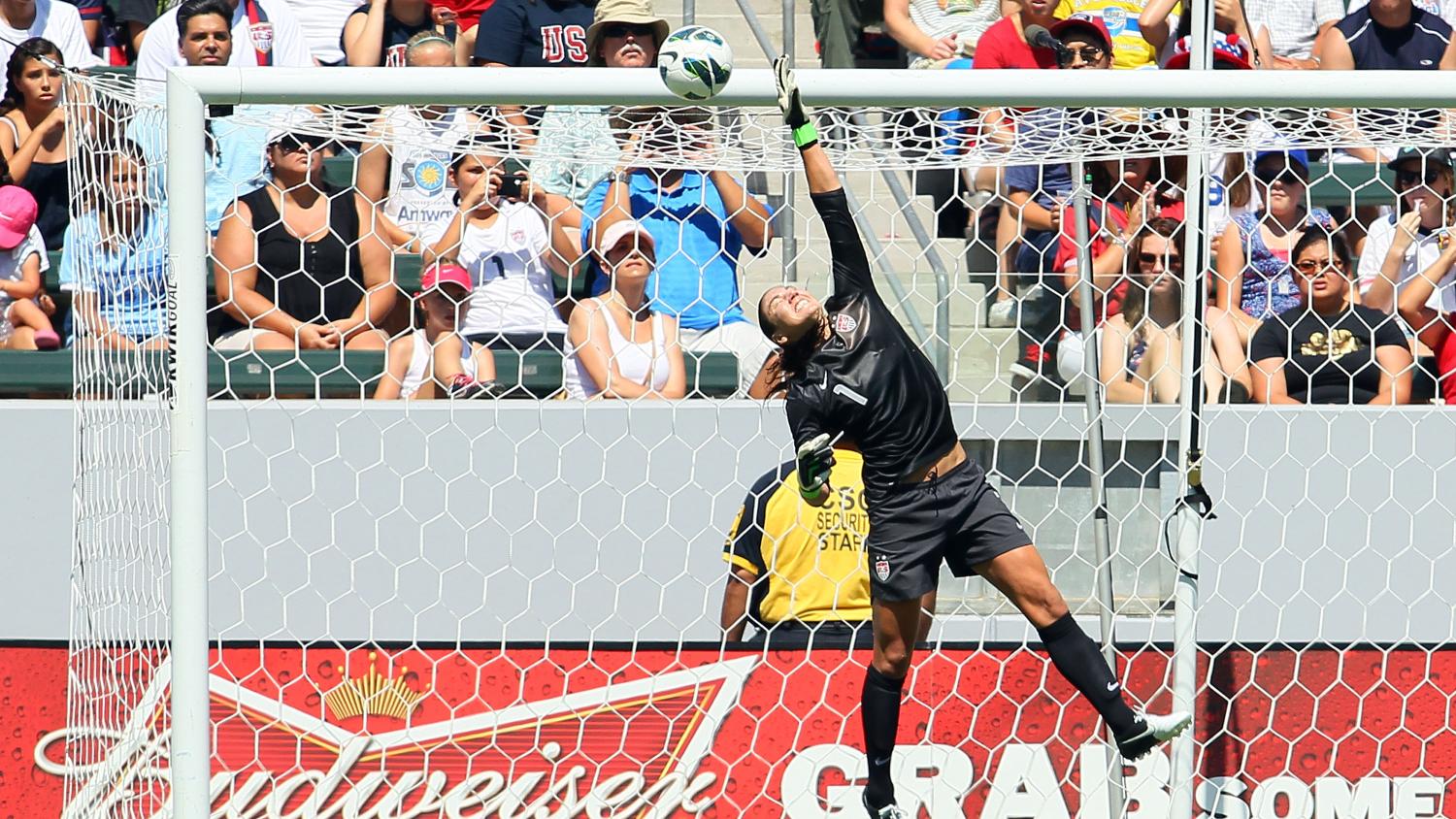 In a column for The Times, Chelsea Women coach Emma Hayes said it’s not sexist to call for a scaling down of the women’s game. Hope Solo said that’s BS.
Getty Images

Just to bring it up would open yourself up to calls of sexism, but Emma Hayes, coach of the Chelsea Women in the Women’s Super League in England, is doing just that in a recent column in The Times.

Hope Solo, for one, doesn’t want to hear it. (More on Solo below.)

If there was truly a problem with women tending the net, then we could talk about it. What is sexist is assuming that women need concessions. If you believe in the adaptability of humans then we should be striving to develop great GKs by giving women better coaching and training.

In her column, Hayes tries to jump out in front of the sexism claims with her headline “It’s not sexist to call for smaller pitches and goals for women.” She then makes a cogent argument for doing just that.

“There is one obvious reason why women play on the size of pitches and goals that we see now,” Hayes begins. “That is what we were given. And maybe no one ever thought to question whether it makes sense.”

It’s true, soccer was designed by men for men. But does that mean the size of women's soccer fields should be different?

Immediately there are questions of equality. Men and women should be treated equally, right? But men and women aren’t the same physically. Thailand’s goalkeeper stood at just 5-5 as she saw 13 goals soar past her against the USWNT on Tuesday.

Other sports have taken size into account. As Hayes writes, women’s hurdles at the Olympics are a full nine inches shorter than men’s hurdles. Women’s basketball uses a smaller ball than the men’s game (though the goals are the same height).

Would it not then make sense to scale down the size of women's soccer fields and goals to better align with the average female body? After all, 6-year-olds don’t play on a full-size pitch. Hayes argues it’s at least worth considering.

“I am not seeking controversy,” Hayes writes. “I just come from a place where we should always be questioning the status quo. Why is something done this way? Is there an alternative? Human evolution is pretty much built on testing assumptions, otherwise we would still be working on the basis that the Earth is flat.”

Basing her argument on facts of human anatomy on the one hand somewhat reduces the calls of sexism. The worry is that these statistics are used against the women’s game, to discredit it or say it’s a lesser game than what the men play.

“We frequently hear the criticism, even from advocates of women’s football, that the standard between the posts lets it down,” Hayes writes. “But is this anything to do with the quality of goalkeeping or the basic science of size and space?”

Hayes thus argues a smaller size of women's soccer fields and goals would increase the speed and intensity of the women’s game while also putting greater emphasis on technical ability.

“Any sport has to think about its integrity but also, in a professional age, its appeal,” Hayes writes. “We are experiencing better coaching, more funding and enhanced development across the world. And I want to explore how we can keep improving. Constructive debate should be encouraged. I don’t want to see men called sexist for daring to discuss how the women’s game is different. The facts are that, in all sorts of little ways, it is. We should be able to discuss why that might be good and bad.”

Hope Solo, for one, wants no part of this discussion to decrease the size of women's soccer fields and especially the goals.

In a Twitter thread, Solo responded to calls for smaller goals by instead calling for better goalkeeping coaching. She had never problems covering her goal — she’s 5-9 — so other countries should demand more from their goalkeepers and provide the training necessary for them to improve.

Historically the quality of goalkeeping in the women’s game hasn’t been great. And when you look at the complete picture this isn’t just because of height, but because of the physique, lack of technique, inconsistent coaching and simply put by not having the best athletes in goal

My former teammates fight to play on big fields, and I think they’ve shown that they have every right to play on the size of field they want. If you think the field is too big and you don’t want to listen to players you might as well make us play futsal!

I can’t apologize for being emotional when I read comments like these because I spent my whole career pouring my blood, sweat and tears into perfecting my craft. To put a handicap on the women’s game cheapens the accomplishments of everyone who has worked so hard for years.

Solo too has a point. Then again, she’s arguably the greatest goalkeeper in the history of the women’s game. It’s a bit like Albert Einstein saying a physics test isn’t too hard because he aced it while everyone else struggled.

Whether you agree with Hayes or Solo, I think it is at the very least worth having the discussion. If someone is sincere in trying to improve women’s soccer, they shouldn’t be branded sexist for trying to spark conversation.

Both Solo and Hayes have valid arguments. You don’t want to place a handicap on the women’s game but it would also make sense to scale the pitch to the participants.

But at the same time, as we’ve seen in the 2019 Women’s World Cup, there are some damn good goalies out there, like Argentina’s Vanina Correa and Jamaica’s Sydney Schneider. They don’t need any help to show their quality, so as Solo would argue, it’s up to the rest of the world to find goalkeepers who can cut it in net.