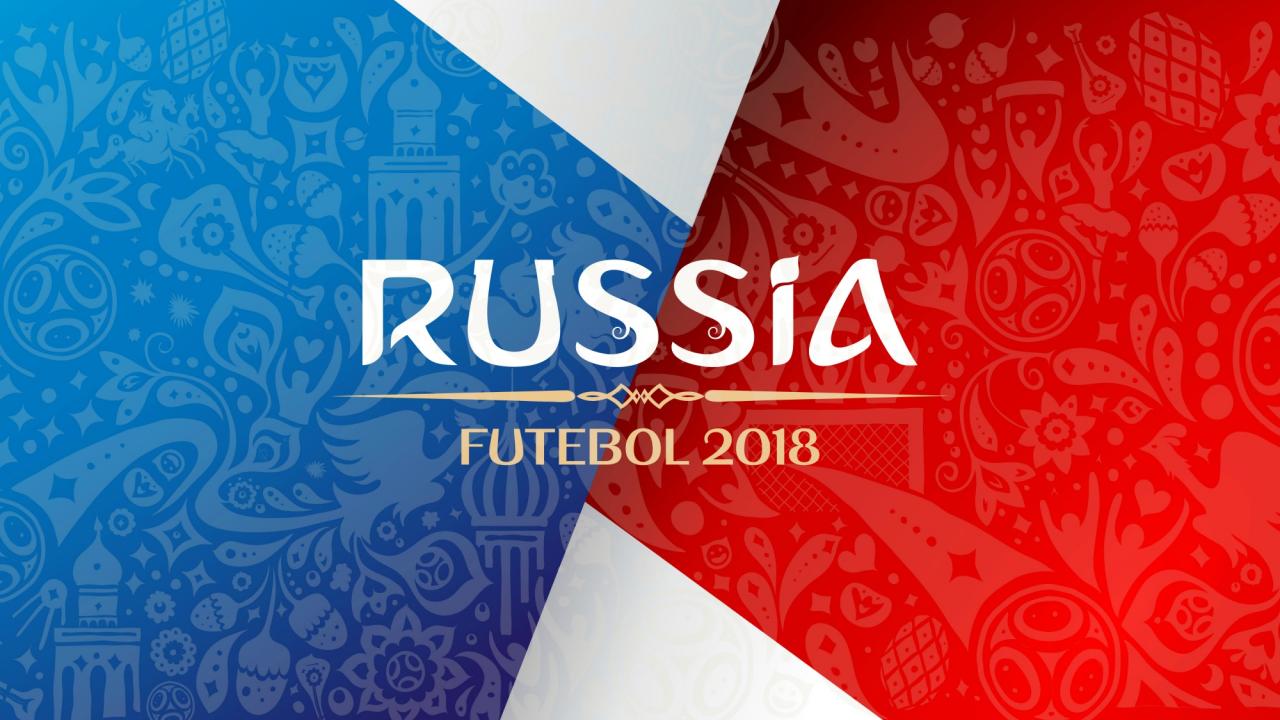 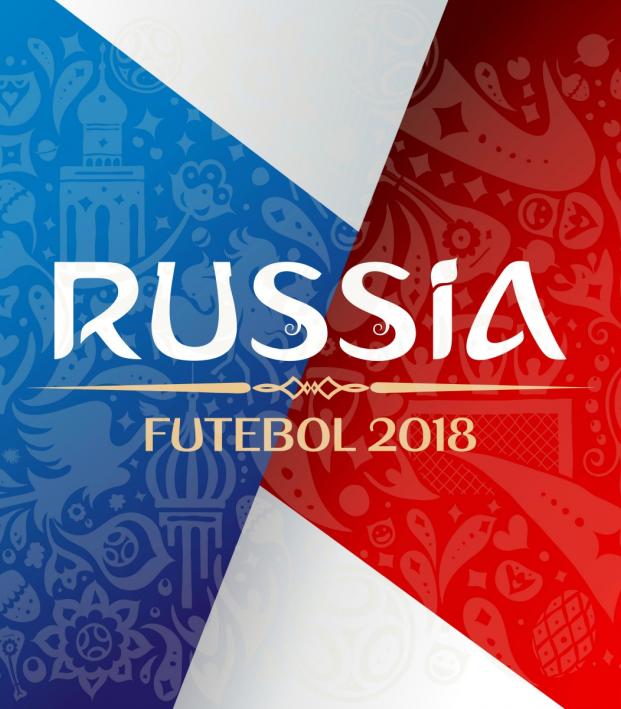 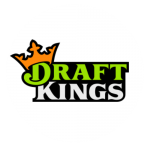 DraftKings June 23, 2018
Everyone knows the stars, but these are the lesser-known, underrated players who will take over this summer.

Vladimir Putin and the insufferable Robbie Williams officially opened the summer's biggest soccer tournament in Russia. Fortunately, it’s not too late for you to kick off your own daily tournament with DraftKings’ Fantasy Soccer Cup, which will go through July 15, offering up thousands of dollars in prizes every day.

DraftKings presents a unique, engaging and fun take on the fantasy soccer, particularly surrounding the biggest soccer tournament in the world. With the United States not involved this year, there’s no better way to watch the games than by joining the daily contests and pitting your soccer knowledge against the world. Click here to play for free. With thousands of dollars up for grabs, a first deposit of $5 or more will make this contest free to play.

Shout out to @DraftKings for hooking up this sweet FREE offer to win some money! Play fantasy soccer and you could win a share of $10,000 big ones. Submit your lineup by 8am ET on 6/15: https://t.co/HWw3ysu34y pic.twitter.com/b3Sv18Q1E6

What DraftKings does fantasy soccer is give you the opportunity to build your own team. The most common format gives you $50,000 to sign eight players — two forwards, two midfielders, two defenders, one goalkeeper and one utility player. The better players are typically more expensive, so you have you balance your team accordingly. Those players score points based on things like scoring goals and lose points for things like picking up a yellow card. Score the most points and you can win big cash prizes.

DraftKings gives a great overview on how to play the game here for both beginners and those who really want to delve into the tactics. To get started, all you have to do is create an account/sign in, make an initial deposit of as little as $5, find a contest from the Lobby (or create your own with friends) and draft your lineup.

Everyone will want to sign the biggest stars to his or her team, but the real keen players will keep an eye on lesser-known quantities, players the average fan doesn’t know about who could be huge value for the money.

With that in mind, we’ve compiled the top 12 underrated players at the this year's tournament in Russia.

First of all, it’s important to note what is and is not scored. You receive points for every shot (one point) and shot on target (another point). You lose points for things like missed penalty kicks (-5 points), fouls (-0.5 points) and yellow (-1.5 points) and red cards (-3 points).

A player like Cristiano Ronaldo would be brilliant for this type of contest because he shoots a ton and isn’t at much risk for picking up fouls or cards. That said, players also get points for tackles won (1) and passes intercepted (0.5), so defensive-minded players can still rack up the points. Of course, a player like Ronaldo costs more than an under-the-radar player like Serbia’s Aleksandar Mitrovic.

There are other factors to keep in mind when drafting.

First, find players who fit the mold for multiple statistical categories. For example, an offensive-minded wing-back like Spain’s Jordi Alba or Germany’s Joshua Kimmich would make a great option for a defender who can rack up points in shutouts, crosses and the occasional goal. Plus, keep in mind some players are listed in multiple positions, like Mo Salah who is a forward and midfielder, giving you greater versatility in filling out a team.

Second, take into account who each player is going up against. You might think Neymar is a great option, but a matchup against defensive-minded teams like Switzerland and Costa Rica could limit his opportunities.

Third, strategize with your budget. You only get so much money to spend and you don’t want to blow your budget on a couple top-level players only to have to fill out the rest of your roster with players who might not even make it on the pitch. Also, utilize the utility spot well. Forwards have the highest potential for points but are also expensive, so keep that in mind as you fill out your squad.

Click here to start picking your DraftKings lineup if you don't think you need our advice, because sometimes first impressions are great. But chances are, you'll want our analysis. So before you get your free entry with a first-time deposit of $5 or more, read on.

The 12 Most Underrated Players In Russia

The Bayern Munich forward led the globe in goals during World Cup qualifying with 16 (tied with two others) and he’s likely to score a few more in Russia. It also helps that Poland has a favorable draw in Group H. Senegal, Colombia and Japan are by no means the top defensive teams in the tournament.

Robert Lewandowski is the focal point of the Polish attack, scoring 57 percent of Poland’s goals during qualifying. Realistically, he’s his team’s best player and his teammates will be doing everything they can to get him the ball in front of goal.

Lost in the glitz and glamor of stars Eden Hazard, Kevin de Bruyne and Romelu Lukaku is Napoli winger Dries Mertens. With 90 goals in 233 appearances for Napoli, Mertens can score with the best of them, even if he isn’t an out-and-out striker.

Mertens has already opened his account in Russia and with Belgium primed for a deep run, look for him to extend his record of 15 goals for his national team.

While much of the focus surrounding Senegal is on Liverpool star Sadio Mané, don’t forget about M’Baye Niang. While he’s just 23 and has eight caps to his name, he got the start in Senegal’s opening fixture, scoring the match-winning goal in the 60th minute.

The 23-year-old plies his trade with Torino, on loan from AC Milan, after representing France at the youth level. If you’re looking for a bargain forward, the Senegalese striker could be just the man to fill out your squad.

The creative lefty may play in England, but the Southampton midfielder isn’t a household name like many of his fellow World Cup stars plying their trade in England. Nonetheless, he’s a valuable asset for both Serbia and your DraftKings lineup.

Tadic had four goals and eight assists building up to the World Cup and is the straw that stirs Serbia’s plum brandy cocktail. With Aleksandar Mitrovic in fine form ahead of him (six goals in qualifying), Tadic is sure to rack up a few assists for you this summer.

The Socceroos aren’t expected to make too much noise in Russia this summer (outside of their fans), but Australia does have a couple solid performers in midfield that will be worth your while, so we’re giving you a twofer here. Huddersfield Town’s Aaron Mooy is a great buy for crosses and assists but is also a good choice for tackles and interceptions.

You could also go with Australia captain Mile Jedinak. The midfielder scored 10 goals in qualifying, including a hat trick in the Socceroos’ 3-1 win over Honduras to clinch qualification for the World Cup. He’s also likely to take any of Australia’s penalty kicks, a nice bonus for a midfielder.

The young Arsenal midfielder could be an important piece of Nigeria’s attack. In a group that’s wide open alongside Argentina, Croatia and Iceland, the Super Eagles will likely be pushing forward to get as many goals as they can for goal differential.

Iwobi is a solid midfielder, primarily focused on the offensive side of his game. He scored twice against Argentina in a friendly last November, so there’s nothing stopping him from a repeat performance against the group favorites or anyone else Nigeria faces.

Germany is doing just fine without Philipp Lahm, thank you very much. Joshua Kimmich has stepped into the right-back role for Die Mannschaft in brilliant fashion.

While only 23, Kimmich brings a lot to Joachim Low’s side. He’s a vital part of the four-man defense but also one of the team’s most potent offensive players. The right wingback regularly gets up the field to whip in crosses and even gets in on the scoring. Kimmich scored six goals for Bayern Munich last season and has three goals in 29 appearances for Germany — not bad for a defender.

Want proof of what Thomas Meunier can bring to your DraftKings lineup? Look no further than what the Belgian right back did to Gibraltar last September, when he scored three goals and added three assists. Sure, it was Gibraltar, but Belgium does have Tunisia, Panama and England in its group, so who knows.

Meunier is good money to send in a few crosses with Romelu Lukaku’s big body in the middle for Belgium. And playing defense against Tunisia and Panama seem like good opportunities for shutouts. Meunier will be worth every penny you pay for him. Also, he looks great in argyle.

The veteran Swiss captain is a solid choice to fill out your defensive ranks, whether he’s playing Brazil or Costa Rica. Stephan Lichsteiner is a versatile defender who is strong on both ends of the pitch.

After more than 200 appearances with Juventus, Lichsteiner moved to Arsenal just ahead of the World Cup so he’ll be eager to make a strong impression for his new team. His crossing ability will be a bonus and he plays on a team known for its defense — the Swiss allowed seven goals in 12 World Cup qualifiers, so he’s likely to get a shutout or two.

Goalkeepers are tough to choose because you want a player who sees enough shots to rack up points, but not so many that he risks losing a clean sheet. For that reason, Sweden’s Robin Olsen is a fantastic choice because of Sweden’s strong defensive record in the face of daunting competition.

In UEFA qualifying, Sweden went up against France, the Netherlands and Bulgaria in group play and Italy in a playoff, allowing just nine goals in 12 matches. At the same time, Olsen racked up one of the highest saves-per-match tallies of any national keeper. While he might not be the best choice against Germany, starting Olsen against Mexico and South Korea is a smart pick.

Chucky Lozano is one of those players who just keeps getting better. The Mexican winger racked up 17 league goes for league-champion PSV in the Eredivisie this past season, his first playing abroad after four seasons with Pachuca in Liga MX.

Lozano is a speedy inverted winger who will rack up crosses and shots for you. His dribbling ability makes him a threat to create something out of nothing and Germany already found out how devastating his finishing is. With eight goals for Mexico in just 29 appearances, he’s unlikely to stop scoring anytime soon.

DraftKings will be running contests throughout the 2018 World Cup, so you’ll have plenty of opportunities to use this knowledge to the benefit of your wallet. So whether you’re a soccer newbie or tactical genius, get out there, have fun and win some money. Get drafting sooner rather than later or you'll be kicking yourself.

You'll be a DraftKings pro by the time the final rolls around on July 15, and when the club season begins in August, you'll be a full-on veteran.

Eligibility restrictions apply. See website for details. I am a promoter at DraftKings and am also an avid fan and user (my username is tryoesting) and may sometimes play on my personal account in the games that I offer advice on. Although I have expressed my personal view on the games and strategies above, they do not necessarily reflect the view(s) of DraftKings and I may also deploy different players and strategies than what I recommend above. I am not an employee of DraftKings and do not have access to any non-public information.