Some Say He's God-Like On The Pitch, But What Is Lionel Messi's Religion? 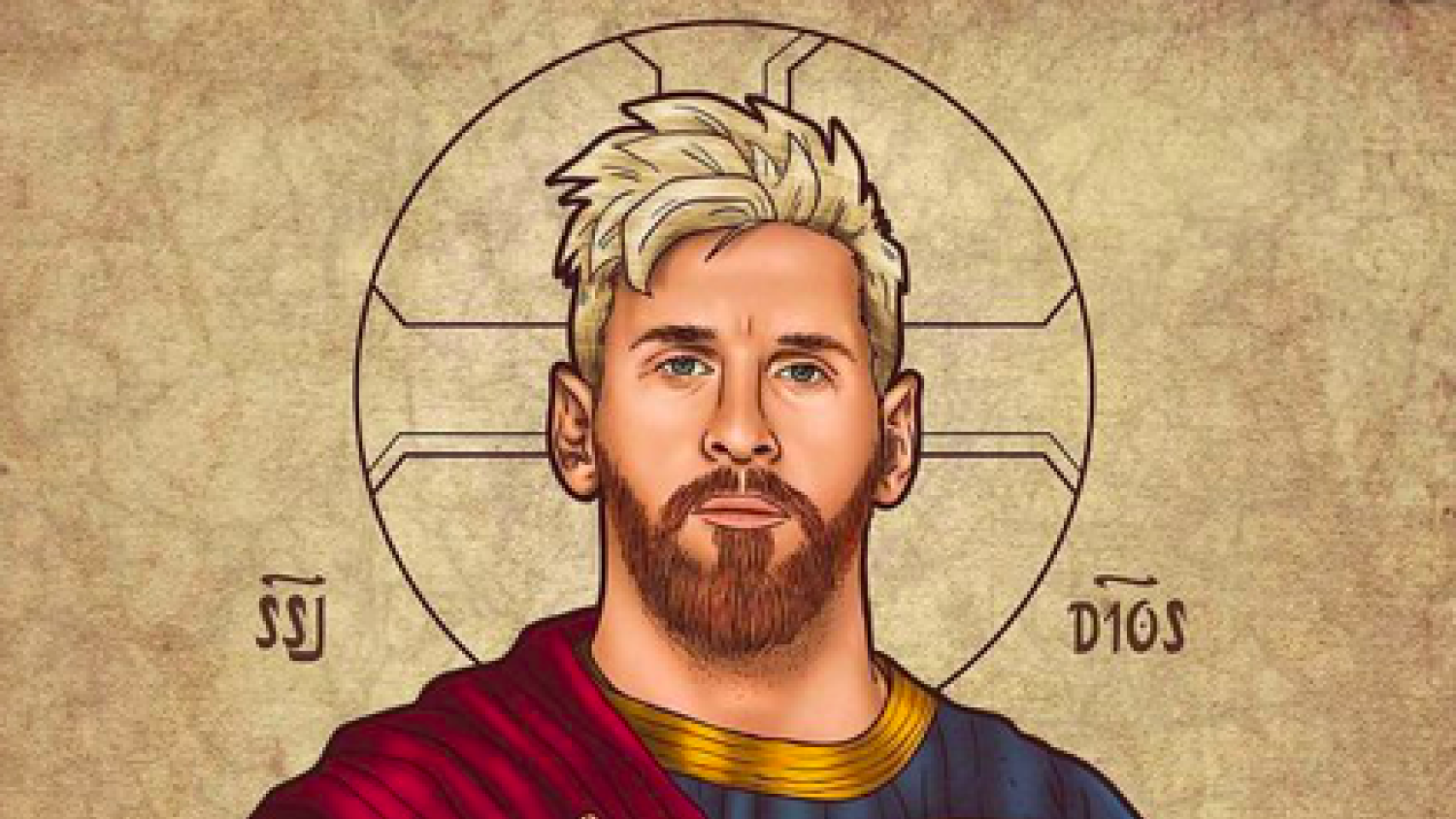 It isn't uncommon for fans and speculators to feel as if they are exposed to some sort of religious experience while watching professional sports. In general, the average human being is incapable of doing pretty much anything professional athletes are able to execute in whatever their arena is. Where spectators commonly feel they are viewing religion, many of the great athletes believe they are experiencing it first hand. Lionel Messi, widely regarded as one of the greatest soccer players in the world, is an example of an athlete who has faith in his religion and wears it on his sleeve (literally). We examine the Messi religion: Catholicism.

The teachings of Catholicism follow the teachings of Christianity, maintaining the same practices of the original Christian faith while distinguishing the belief that the Pope, the head of the Catholic church, is the successor to Saint Peter and that the Bishops of the church are the successors of Jesus Christ’s apostles, providing the people with religious and political power.

Although for Messi religion isn’t discussed frequently in public, on certain occasions he has been open about his faith in Catholicism. While growing up Messi’s religion formed due to his family’s beliefs and the way they raised him. Argentina’s official religion is Roman Catholic Christianity, with 92 percent of Argentine citizens considering this to be their religion even though less than 20 percent practice their faith regularly.

The soccer star appears to be at least somewhat connected with his faith; he has a tattoo of Jesus Christ on his upper right arm and a tattoo of the Rose Window, a window located in the Sagrada Familia Church in Barcelona, on his right elbow.

The Lionel Messi religion beliefs were highlighted while he was preparing for the World Cup. In 2017, less than a year away from the 2018 tournament, he told TyC Sports that if Argentina won the World Cup, he would celebrate by running approximately 31 miles from his home in Rosario, Argentina, to the Sanctuary of Our Lady of the Rosary of San Nicolas.

Every year in September, hundreds of thousands of faithful Catholics travel on foot to San Nicolas, the home of the sanctuary and an important center of Argentine Catholicism. After Argentina’s loss at the World Cup, it will be interesting to see if the soccer-star will still join the religious pilgrimage.

For months before and after the wedding, there were rumors the local archbishop was not going to allow Messi and Antonella have a sacramental Catholic wedding.What was quickly discovered was the archbishop intervened only when he discovered the couple was going to have its wedding at a casino and would be building its own chapel on the premises.

The archbishop did deny the soccer star and his girlfriend of having a priest facilitate the ceremony at the casino, which kept with the church’s tradition. Messi went through with the wedding, which didn’t appear to be a problem for him or Antonella or any of the friends and family in attendance.

The Lionel Messi religion of Catholicism is clearly a part of his life, but not the center of the world. Where the Catholic Church has provided him with faith and comfort that he has used during his soccer career, his life does not revolve around practicing the religion.