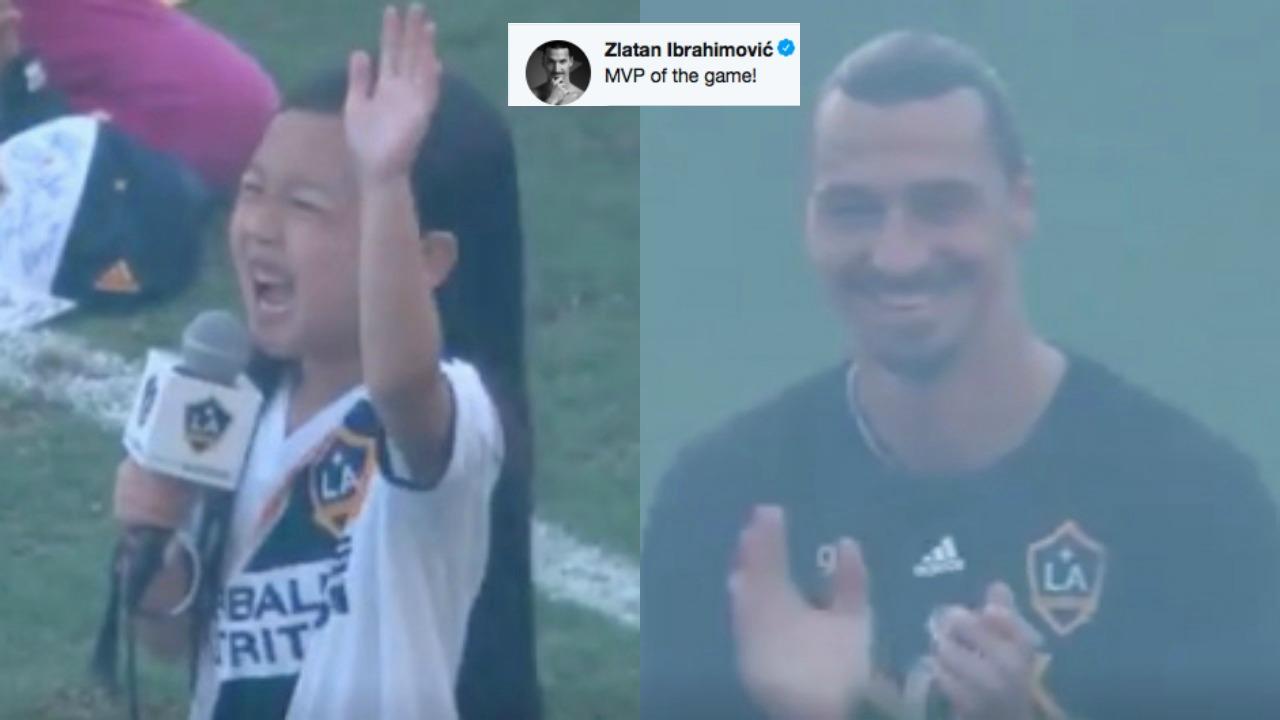 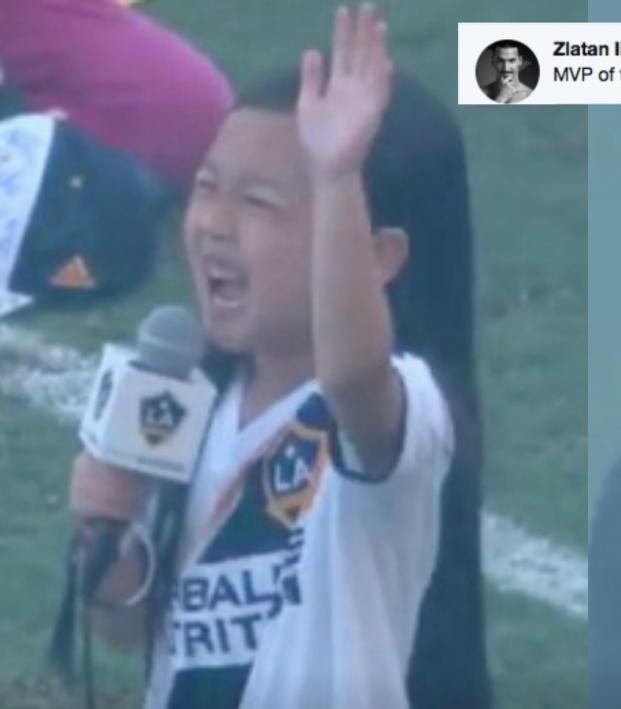 The LA Galaxy kept their playoff hopes alive by defeating Western Conference rivals Seattle Sounders 3-0 at StubHub Center in California Sunday night, but the true MVP of the game (according to Zlatan Ibrahimovic) was seven-year-old national anthem performer Malea Emma.

Emma belted out “The Star-Spangled Banner” in truly memorable style. This’ll give you the chills.

After the Galaxy defeated Seattle 3-0 thanks to a penalty from Zlatan and further goals from Ola Kamara and Emmanuel Boateng, the big Swede took to Twitter to voice his opinion on the match.

MVP of the game! https://t.co/eZ2WdQsVN7

Emma, who has a Twitter account of her own that’s managed by her parents, was delighted by the feedback.

Here are the match highlights. LA now trails Seattle by three points for the sixth and final playoff spot in the West with only four Galaxy matches remaining, but the Sounders maintain a game in hand.

The Galaxy return to action on Saturday when hosting Alphonso Davies and the Vancouver Whitecaps.