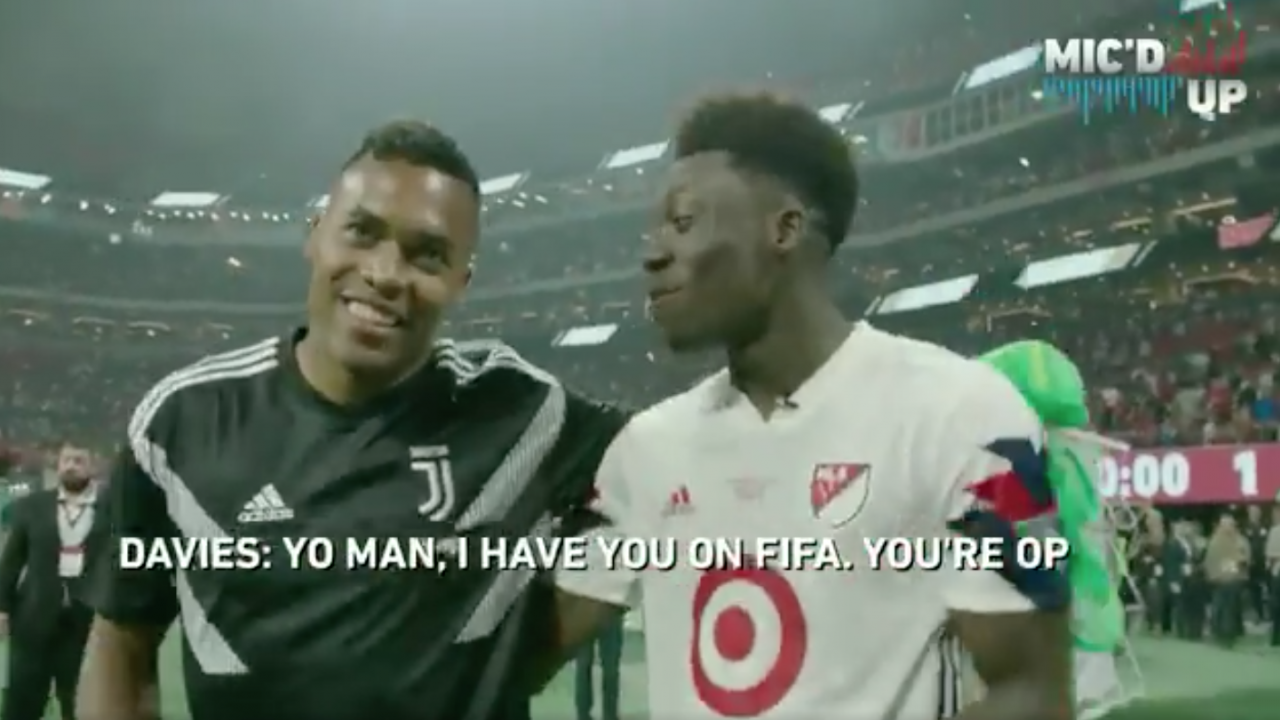 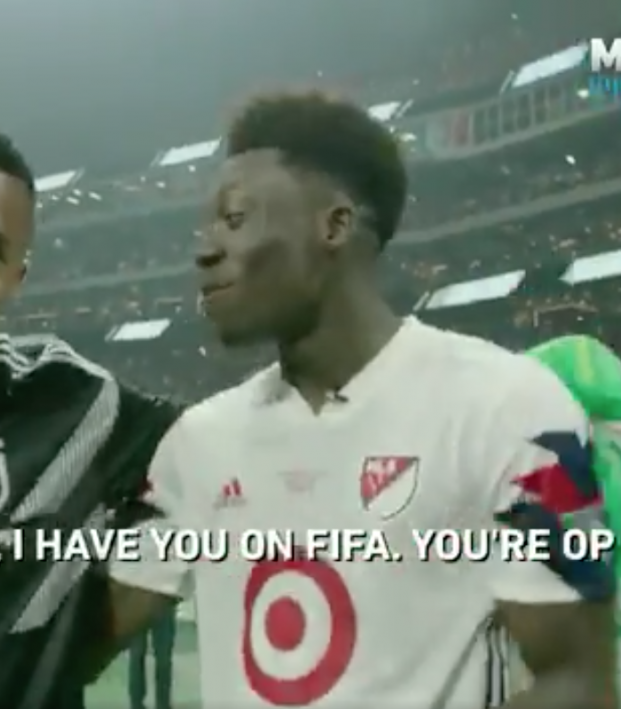 Alphonso Davies made his MLS All-Star Game debut a couple weeks ago. It’s likely to be his last, at least for a while, but it was a memorable one.

The 17-year-old Canadian was mic’d up for the match against Juventus in Atlanta on Aug. 1. While he wasn’t giving direct commentary with the TV booth like Brad Guzan did during the match, MLS released a clip of the Vancouver Whitecaps starlet from the match this week. In it, Alphonso Davies showed the world he’s still just a high school-age kid loving life and making the most of his opportunities.

Davies, who signed with Bayern Munich in July for an MLS record fee of up to $22 million (more than double the previous record), teased the camera man, chatted up Bradley Wright-Phillips, admired the stadium and pyrotechnics, complained with the ref and, most endearingly, told Juventus’ Alex Sandro he has him on FIFA.

My personal favorite part was when he came on as a substitute and exclaimed, "I'm on TV; Momma, we made it!" Calling out Tyler Adams for not using his left foot was a bit harsh though!

Last year, Davies became the youngest goal scorer in Canada national team history at 16. In January, after he turns 18, he’ll join one of the top clubs in the world.

But he hasn’t forgotten he’s still a teenager who wants to have fun. It’s impossible not to like this guy.

Fortunately, Davies moved to Canada at a young age instead of the U.S., where he would be overhyped like every other young American phenom. The son of Liberian parents who was born in a Ghanaian refugee camp moved to Canada at the age of 5 and has three goals in six appearances with the Canucks.