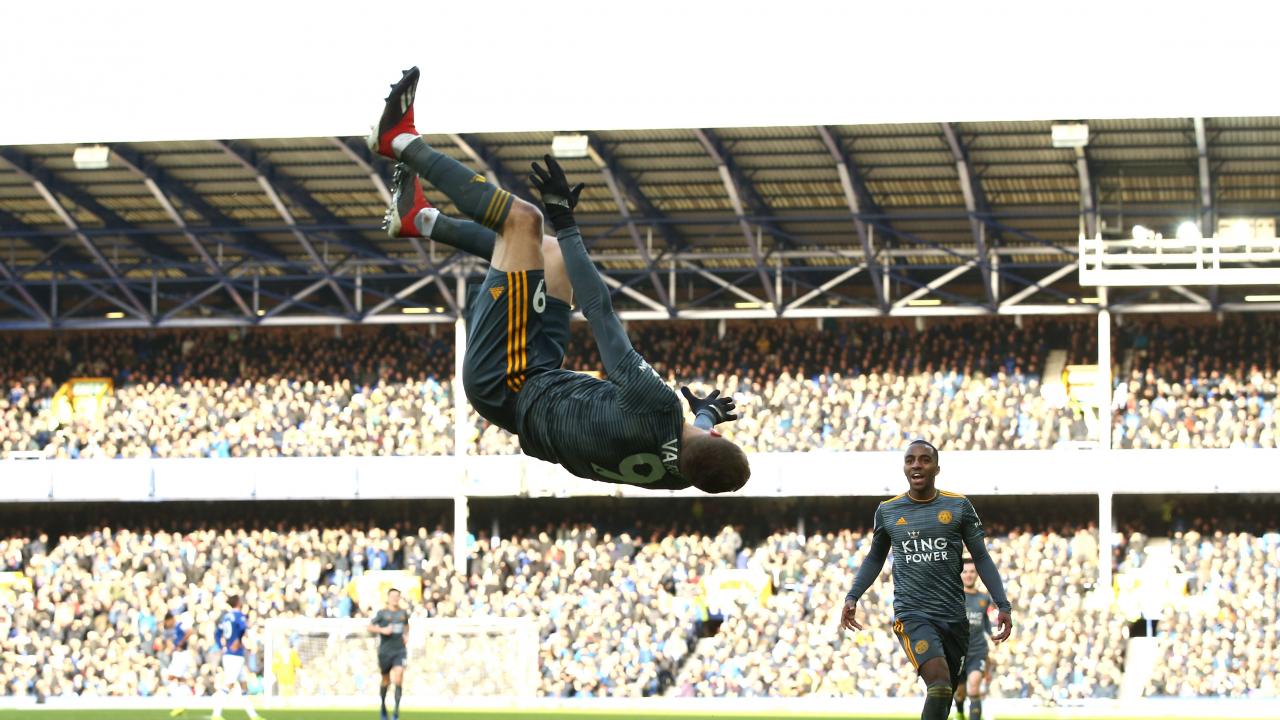 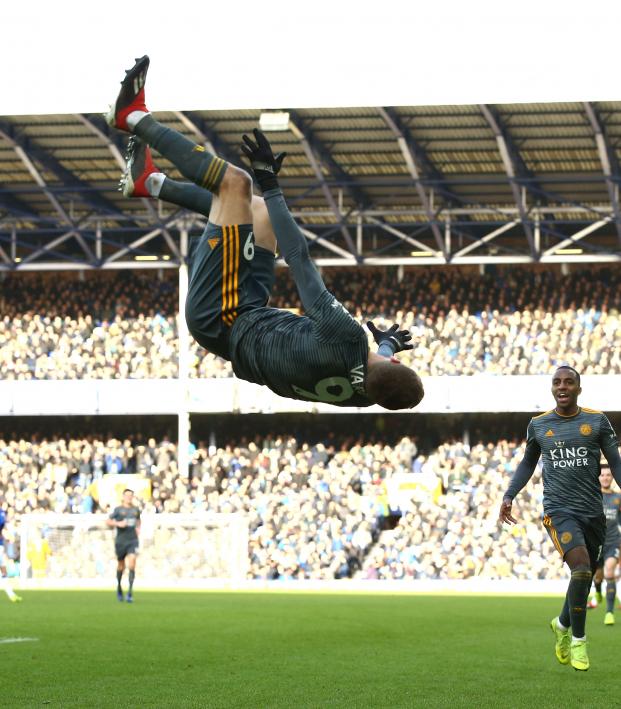 Welcome to 2019, where we hope every goal is commemorated as perfectly as the Jamie Vardy celebration after his goal against Everton on Tuesday.

Leicester City defeated Everton 1-0 in the first Premier League match of 2019. The lone strike came from Vardy in the 58th minute.

The goal came a bit against the run of play with Ricardo Pereira jumping on a loose piece of control from Michael Keane to play Vardy in with a first-time through ball. The Foxes’ No. 9 took one touch before blasting a low shot past Jordan Pickford.

It was a typical Vardy goal: incisive and clinical. The celebration was anything but typical.

Jamie Vardy's having a party! pic.twitter.com/18POhBf3xU

OK, so his form wasn’t perfect — he won’t be competing for Great Britain in the Summer Olympics anytime soon — but the Jamie Vardy celebration vs. Everton was an impressive show of acrobatics and athleticism. Did you see how high he got?

It’s not unheard of for footballers to do flips to celebrate goals, but this took things to another level, especially coming from someone who was probably still hungover from New Year’s Eve parties.

“I’ve had it in the locker for a while, just waiting for a special occasion to bring it out; what better than New Year’s Day? New Year, new me.”

- @vardy7 on his acrobatic celebration  pic.twitter.com/b2r9cm0oMb

Sadly, the next Premier League match included five goals but none of them were celebrated as well as Vardy’s. Pierre-Emerick Aubameyang did do a flip, but he got nowhere near the height Vardy got.

In other news, the sky is blue. pic.twitter.com/xd6WGjiVnV

All of Arsenal’s other goals were celebrated in the same way I rang in the new year — trying to wake up my girlfriend.

But at least those were better than whatever this is.

Messi, it’s your turn to do a flip. We'll give you a World Cup if you do one.