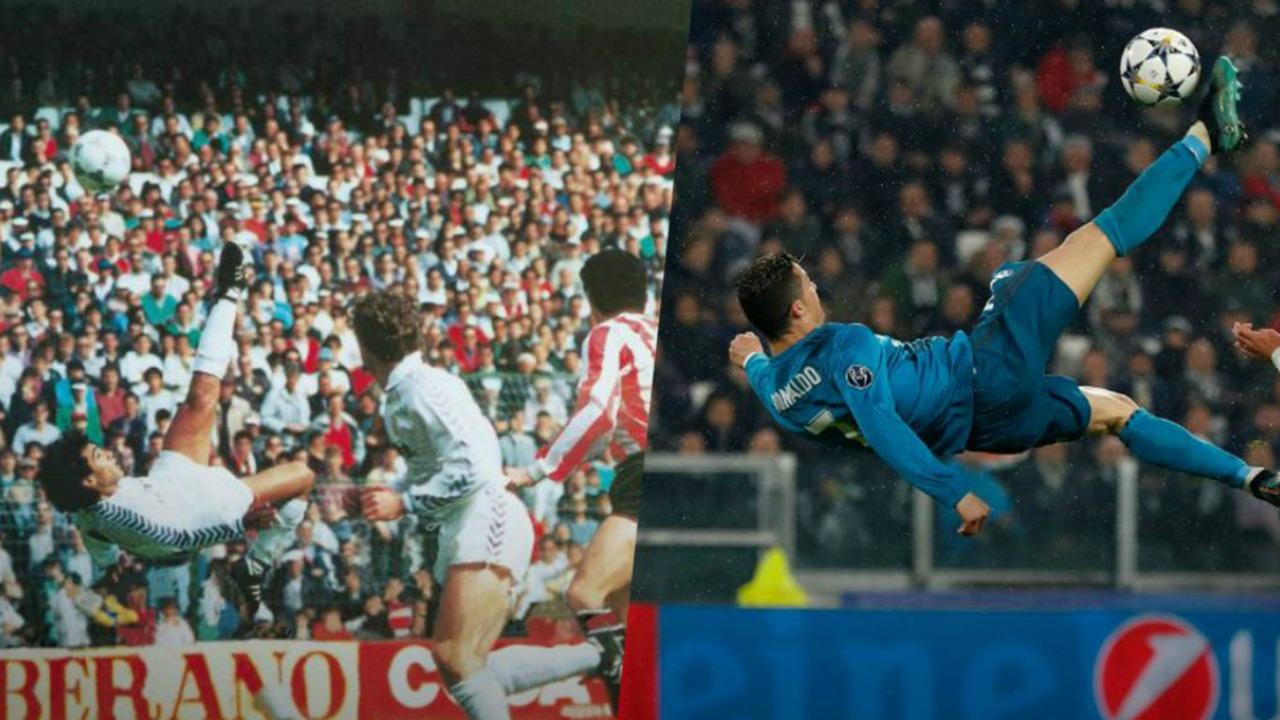 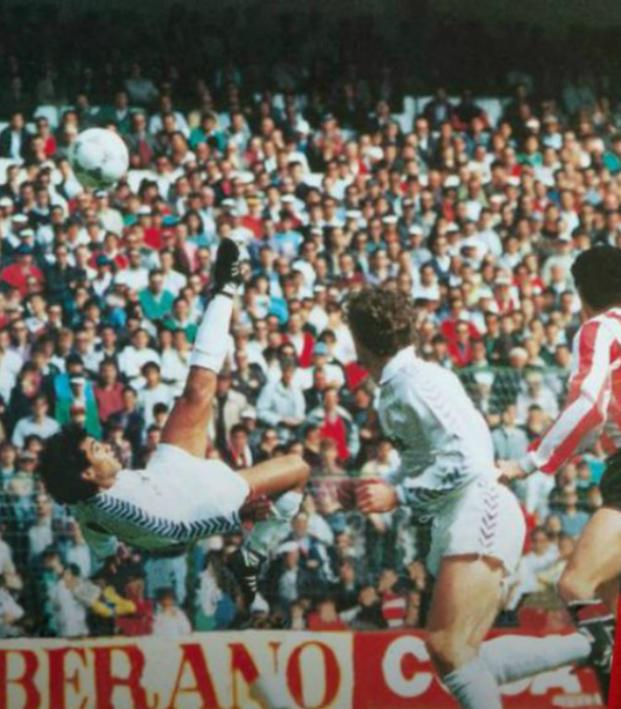 Hugo Sánchez bicycle kick goals were out of this world. Currently everyone's buzzing about Cristiano Ronaldo scoring a marvelous bicycle kick goal against Juventus in the UCL quarterfinals, and it was about time, for Ronaldo had repeatedly tried to score via a bicycle kick with little success and quite a bit of internet trolling.

However, Real Madrid fans are no strangers to wonderful bicycle kick goals. 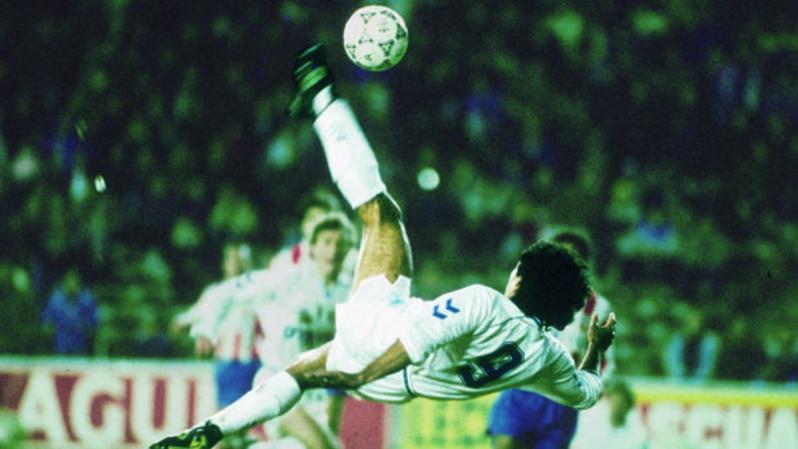 Back in the 80s, Mexican super star Hugo Sánchez gained a reputation for scoring the most unbelievable goals.

Sánchez signed for Real Madrid coming from Atlético Madrid in 1985. Playing for Los Colchoneros, Sánchez had been La Liga top scorer in the 1984-85 season. Therefore, Sánchez arrived at the Santiago Bernabéu as a star signing.

And man did he live up to the expectations. 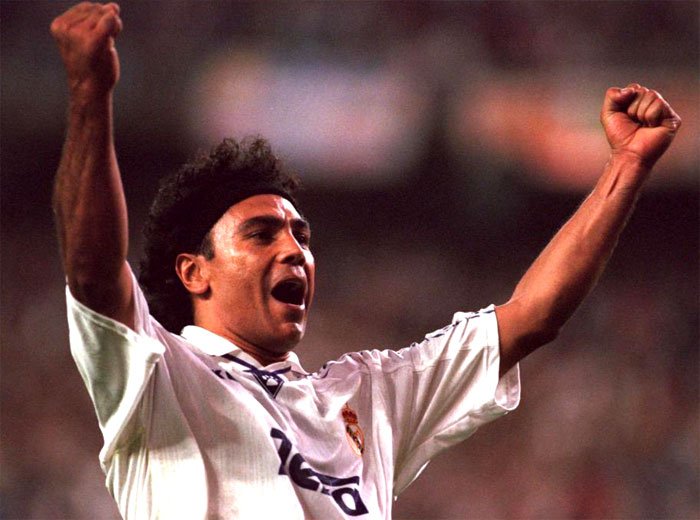 Sánchez was actually tied with Telmo Zarra as the top scorer in a single season in Spanish league history with 38 goals. That is, of course, until Lionel Messi and Cristiano came along and destroyed all previous records.

Hugo Sánchez could score in just about any way imaginable. And yet, he was best known for his signature bicycle goals.

Here is a comparison between one of Sánchez's best bicycle goals and Cristiano's. So sit back and enjoy the grandeur of the veritable lord of bicycle kicks.

Which one was better?