Watch The Amazing Ronaldo Goal That Won Over The Juventus Crowd

The Juventus fans were giving Cristiano Ronaldo hell. The Portuguese forward had given Real Madrid an early lead but only some vital interventions from Keylor Navas kept the Spanish giants ahead in an enthralling Champions League quarterfinal first leg on Tuesday in Turin.

Then Ronaldo did what we should be used to by now. He did the incredible. He did the awesome. He did the unthinkable. He did the type of thing that only he can do: the most amazing Ronaldo bicycle kick goal you’ll see in the Champions League.

And afterword the Juventus faithful were applauding the man so many love to hate.

Scored in the 64th minute, the Ronaldo bicycle kick goal sent Real Madrid on its way to a huge 3-0 away victory (Ronaldo supplied the assist on the third). The win almost ensures Real Madrid will be in the semifinals yet again as they seek a third straight Champions League title.

After Ronaldo’s first goal less than three minutes in, the match had gone back and forth. The game was in the balance. The next goal would be vital. Ronaldo has a history of missing wild bicycle attempts — some would suggest his son is better at them — but Ronaldo does not fear failure.

Despite everything on the line, Ronaldo rose above everyone else for this insanely acrobatic goal, one that will live long in Real Madrid and Champions League lore. It made Mario Mandzukic’s bike goal in last year’s final look like child’s play.

The Ronaldo bicycle kick goal was also no accident. While Lucas Vasquez switched off after his shot was saved by Gianluigi Buffon just prior to the goal, Ronaldo remained focused and was first to react to the cross from Dani Carvajal. 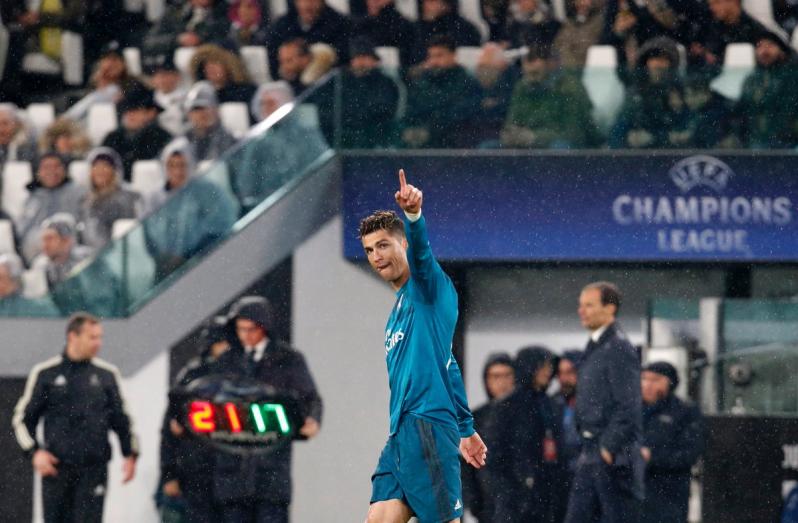 It was Ronaldo’s 120th Champions League goal in 153 matches. He now has 59 goals in 71 UCL knockout-round matches, including an amazing 22 in the quarterfinals.