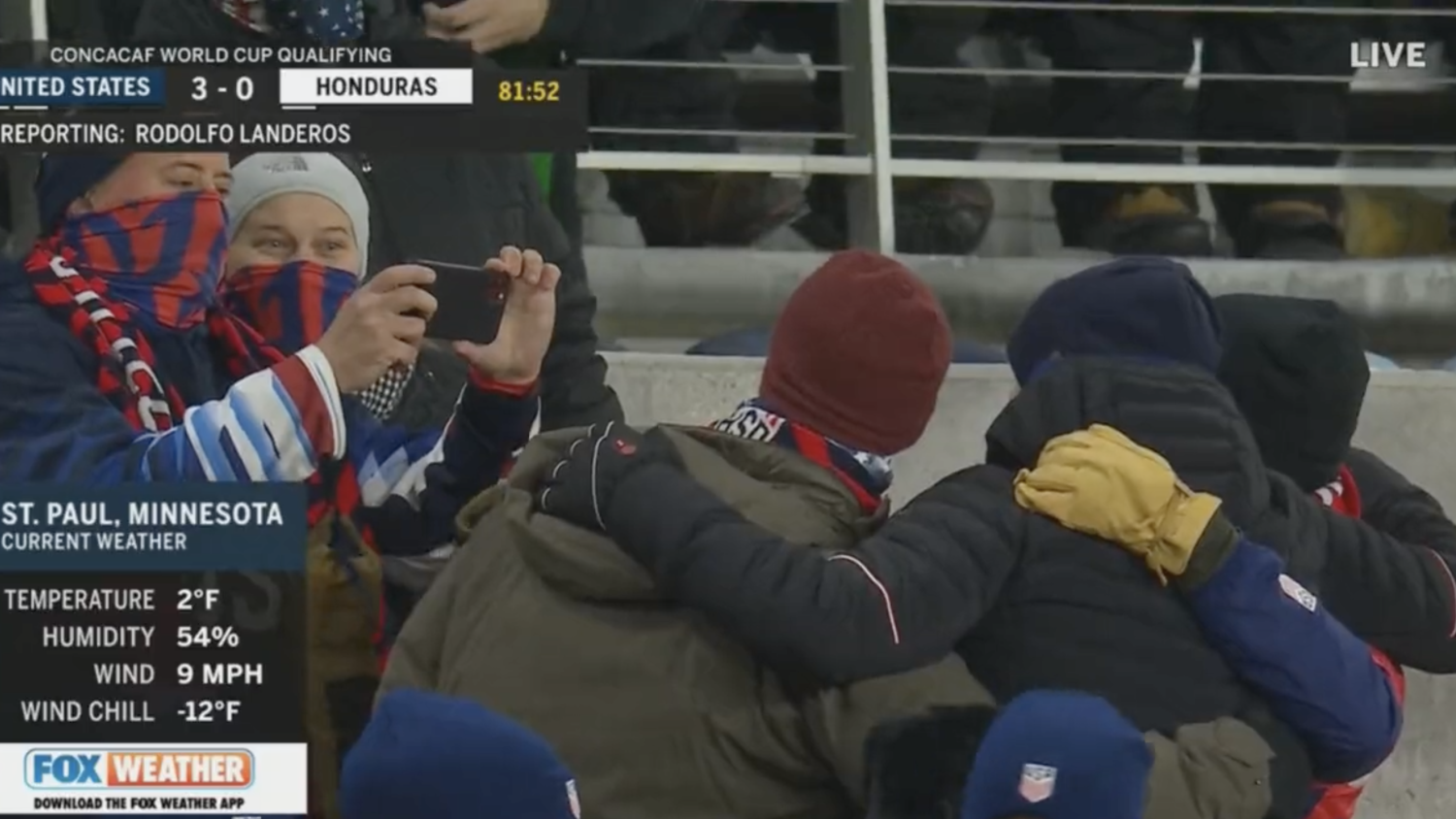 I don’t think this move was incredibly professional, but I’m not up in arms about it.
@USMNT | Twitter

The United States men’s national team’s victory against Honduras in the freezing Minnesota cold is going to be a game talked about for years down the road. There were so many talking points from that game it’s hard to pick an exact moment, but a Gregg Berhalter photo with fans late in the game has gotten some fans quite heated despite the winter conditions.

With his team leading 3-0 and the ball kicked momentarily out of play, Berhalter decided then was the prime moment to pose for a photo with some fans.

Always got time for the fans. pic.twitter.com/cbRCJ88mEX

Real quick for the record, THIS IS NOT A SELFIE. Did the Chainsmokers teach people nothing in 2015? He posed for a picture. He didn’t grab the phone himself and take the picture. Stop calling it a selfie or else my Gen Z brain will implode.

Back to the real question at hand, should Berhalter have done this in the middle of a game?

The fine people of Twitter were quite vocal with their opinions.

This doesn’t look as good as you think it does.

So disrespectful and unnecessary. Embarrassing to me as a fan

God this is such a bad look and even worse that the social media team posts it like it’s cute. Such a perfect encapsulation of how far the federation has to come.

When asked about the photo, Berhlater defended his decision explaining the fans had earned the moment.

"These guys are out there freezing their butts off and really just sacrificing to be there to support the United States of America," Berhalter said. "And there was a long break in time, and they asked me to get a picture. And I said, 'guys, we'll do it after the game.' And then during that time, during that long break, I said 'Hey, let's take advantage of this now.' And I quickly went over and took a picture with them."

The headline of this story has likely already given my opinion away, but I think people are blowing this moment way out of proportion.

I do agree with the idea that the move was a little unprofessional. Taking the picture with fans after the game would have been the best move as taking photos on thje job doesn’t look great. At the same time though, there was a stoppage in play, and it took all of 10 seconds.

If people want to argue that 10 seconds is too long, I might have to agree on that. 10 seconds is a super long time when you think about it. Five seconds is honestly the perfect amount of time. Five is a great amount.

The Berhalter haters had copious amounts of ammunition after his comments of “dominating” Canada despite losing 2-0. Even Stephen A. Smith got in on the action after that horrible take.

A 10 second photo-op doesn’t hold the same weight as those comments and in this instance, I will distance myself from the Berhalter haters. From my point of view, I see a group of people who vigorously despise a man and will magnify any misstep.

The Berhalter photo with fans wasn't that big of a deal.