Footballers Playing Basketball: The Best And The Comically Worst 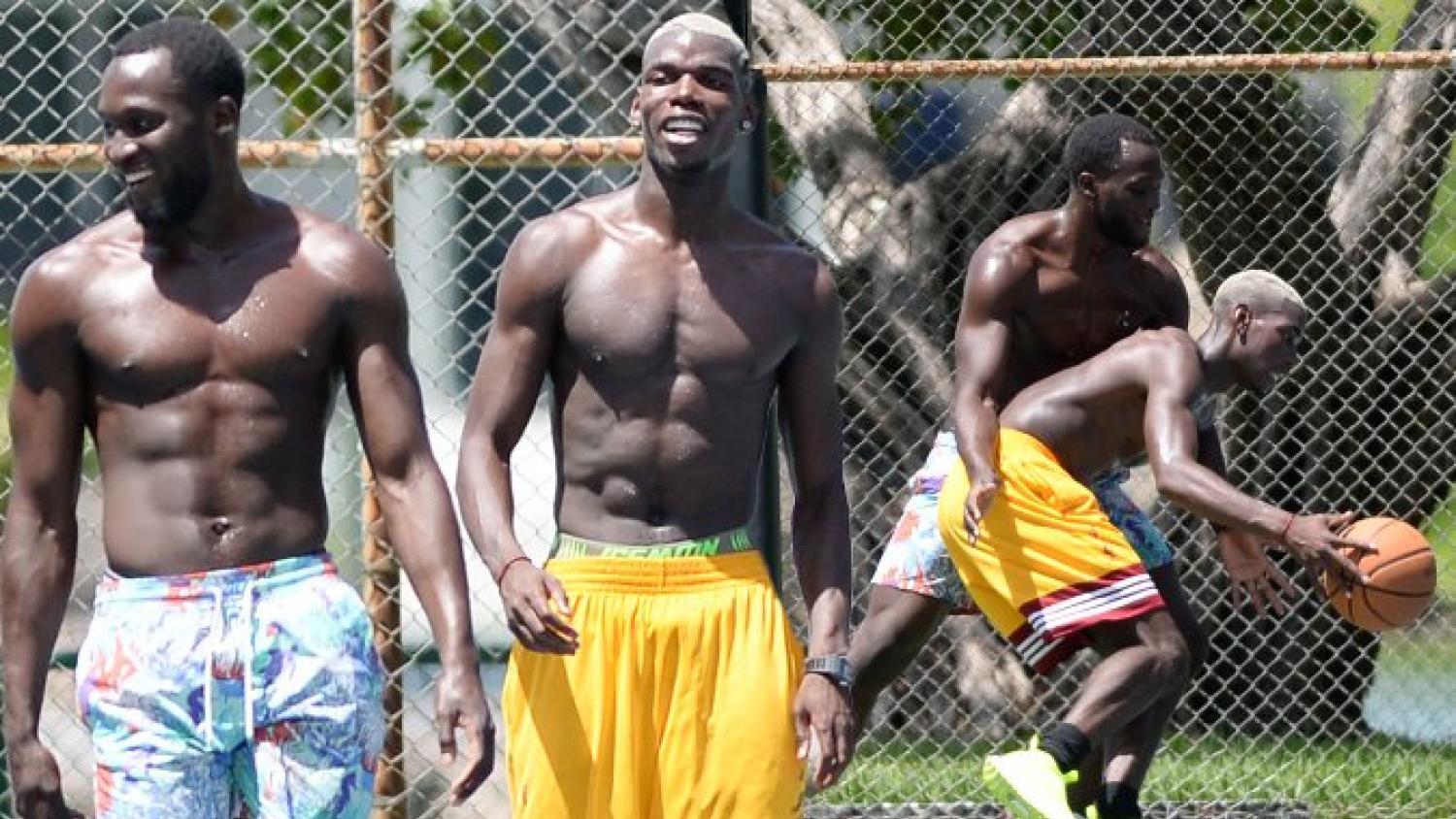 For those who weren’t watching the U.S. tie Peru or Chile beat Mexico (or maybe even the baseball playoffs? lol jk), the NBA season began with a couple games on Tuesday night. It got us thinking about footballers playing basketball, because everything we relate everything in the world back to soccer.

Over the years there have been some soccer players who are pretty good at the whole shooting a round ball into a small disc game. There are also plenty who are pretty miserable at it, but love it all the same. And as long as the NBA plays games in London, footballers will be in attendance.

On the flip side, there are guys like Hakeem Olajuwon, Kobe Bryant and Steve Nash who were basketball players with a soft spot for soccer. But we’re here to talk about footballers playing basketball, not vice versa.

There are plenty of players who couldn’t quite crack our list, for better or worse, so apologies in advance to the likes of Neymar, Edinson Cavani, Romelu Lukaku, Sergio Ramos, Cristiano Ronaldo and Lionel Messi.

Here’s a starting five for the best and worse basketball-playing soccer stars.

I don’t think we really need to say much about this one. Christian Pulisic’s got moves. It’s a good thing he’s not a foot or two taller, otherwise he’d probably be starting his NBA career right now.

Griezmann is a well-known basketball fan, but the Frenchman actually has some skill too. Not only can the forward score in the box, he can drain threes like Steph Curry.

Griezmann looks like a guy who would be an awesome high school basketball player, one of those obnoxious kids who knocks your team out of the playoffs because he just doesn’t miss a 3-pointer and celebrates wildly after every one of them.

Zlatan said he could help LeBron James bring the Larry O’Brien trophy back to LA by trying his hand at the “basket.” As it turns out, Zlatan isn’t a bad player. And at 6-5, as athletic as he is, he’d be a nightmare to defend.

David De Gea has some mad hops, as he puts on display in goal for Spain and Manchester United. But he can also dunk.

Something tells us he’d be an excellent shot blocker in the paint. Also, he looks really good in slow-motion.

These guys can play a bit, kind of. Thomas Mueller can dribble through his legs, Javi Martinez can dunk and they can actually score — when using a soccer ball.

Some people just aren’t meant to play basketball, in any form. Sterling is one of those people.

And no, it’s not just arcade basketball. On the actually court Sterling gets rejected just the same.

We love the supreme confidence, but you gotta make the shot, bro.

Mo Salah had one of the best 2017-18 seasons of anyone (at least until Sergio Ramos took him down). But the Egyptian King can’t do everything well, and basketball is one of them.

For starters, his form on his jump shot is atrocious. Whatever the hell he was trying to do on those layups was abysmal. And as great as Salah is at dribbling a soccer ball, he doesn’t appear to understand the concept of double dribbling in basketball.

Gareth Bale is known for blasting in golazos from long range, but he can shoot from distance in basketball too. The reason he’s in the Eastern Conference, though, is because his form is awful (this is basketball, not a soccer throw in) and he gets way too excited for making a shot.

Bale would make an excellent NBA mascot, though.

OK, so Courtois is actually pretty good at basketball, and at 6-6 he’s got the one basketball asset you can’t teach: height. But Courtois makes it onto the Eastern Conference for his bad sportsmanship, absolutely terrorizing this woman in a game of one-on-one.

What are these guys even doing? I’m not surprised by Kylian Mbappé, Presnel Kimpembe and Thomas Meunier, but I expect more from Tim Weah, a native New Yorker. At least he got one bucket at the end.