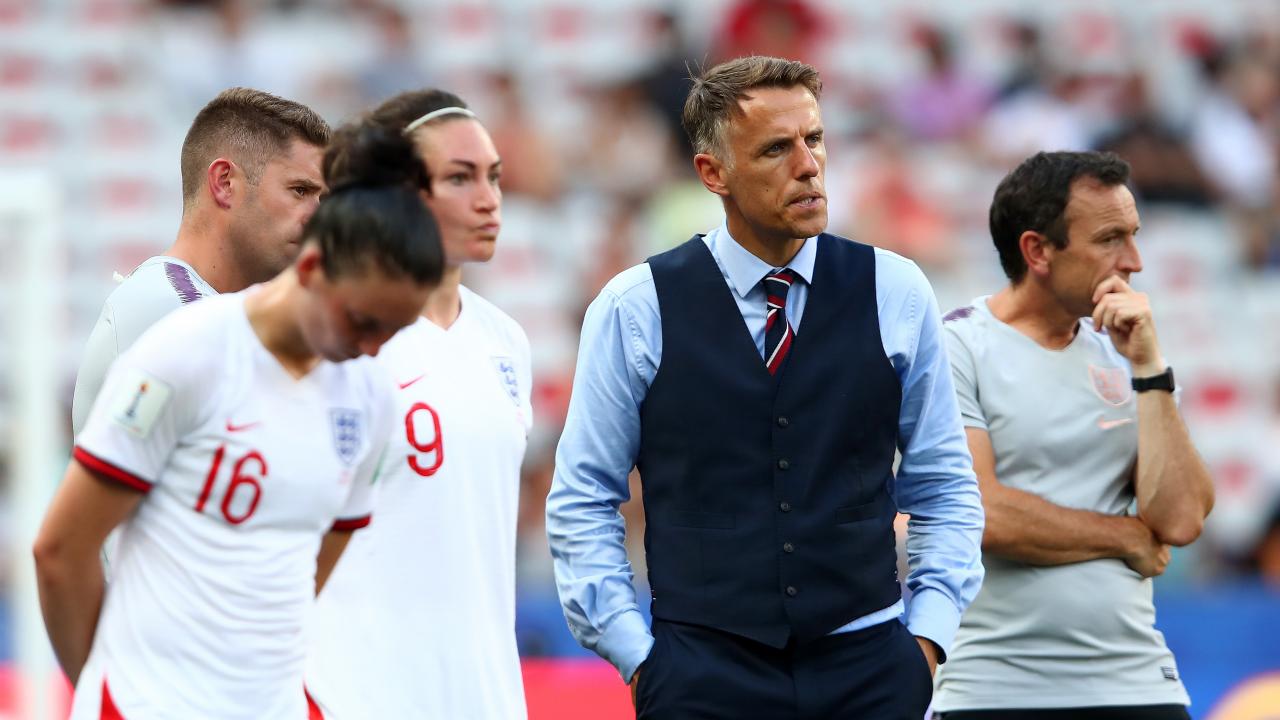 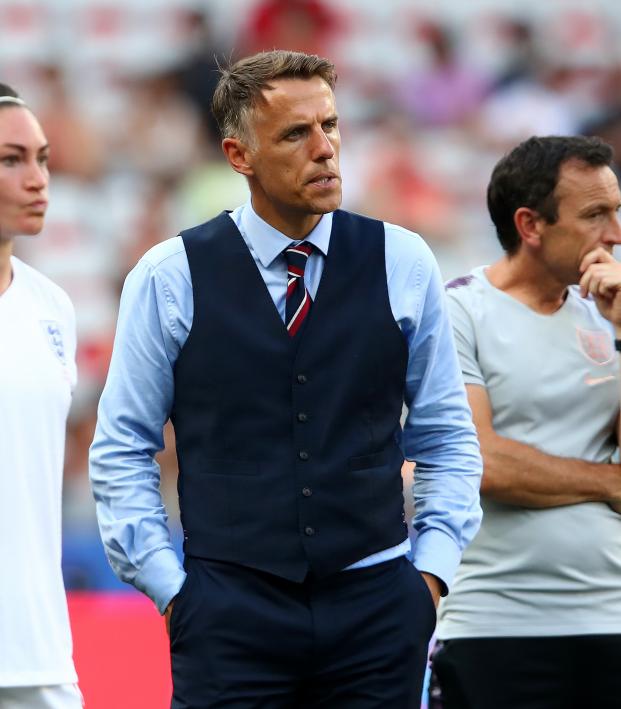 On Friday, the English Football Association confirmed Phil Neville would resign as Three Lionesses manager in 2021.

Phil Neville’s contract with the England women’s national team is set to expire after the UEFA Euro 2021 Women’s Championship, which was to be held in England. With that tournament pushed back to 2022 due to the novel coronavirus pandemic, there was speculation as to whether the FA would extend Neville’s contract.

Such speculation was nixed with the FA’s announcement on Friday, which stated Neville will stay on as coach until July 2021 and no further, despite the massive tournament for England having been postponed.

We can confirm that Phil Neville will leave his role as head coach of our senior women’s team at the end of his contract in July 2021.

“In light of the impact of current global events on the sporting calendar and in the best interests of the England Women’s team, both parties were in agreement that our shared priority was to ensure the Lionesses have continuity of coaching going into the home EURO and looking towards the 2023 FIFA World Cup,” FA director of women’s football Sue Campbell said. “Once football returns after this difficult period, Phil will continue his work with the Lionesses on the further development of his squad. I will support him fully with that important task while moving forward with the crucial succession planning process.”

Neville was also slated to coach Team Great Britain at the 2020 Olympics, but that is now in doubt with the tournament postponed to 2021, though it still falls within his contractual term.

“We’ll now discuss next steps with the British Olympic Association and the home nations with regard to Team GB Football and we’re not in a position to make any further comment at this time,” Campbell said.

News that Phil Neville will not continue as Three Lionesses head coach is not a huge surprise. Since reaching the semifinals of the 2019 Women’s World Cup, England has won just three times in 11 matches, including seven defeats.

It’s been clear for a while now that it’s time for Neville to go. Honestly, it’s amazing it took this long, and it’s needlessly frustrating the Three Lionesses may have to wait until 2021 to bring in a new coach, preferably one who knows what she’s doing.

From the moment Neville was hired in 2018 (with hardly any coaching experience and none whatsoever in the women’s game), he’s been a divisive figure. As soon as he was hired, old, misogynistic tweets of his resurfaced, which should’ve immediately disqualifying him even after overlooking his lack of experience. (He’s continued to show a clear dearth of knowledge when it comes to social media .)

Neville was able to win over England with an undefeated qualifying campaign for the 2019 Women’s World Cup followed by winning the 2019 SheBelieves Cup. Expectations were sky high even by British standards going into the World Cup in France. England finished third in 2015 and reached the semifinals of the 2017 Euros.

Make no mistake, this was the best team England had ever put together.

The Three Lionesses impressed in winning their first five matches in France to reach the semifinals. But momentum stalled there in a 2-1 loss to the eventual champions. As we wrote at the time, the defeat to the U.S. was a microcosm for all of Neville’s failures with England, highlighting exactly why this team isn’t yet a World Cup contender.

After the USWNT bounced England in the semifinals, the Three Lionesses matched their manager’s timidity in a 2-1 loss to Sweden in the third-place match. What then followed was a string of mediocre performances. The only notable performance since the World Cup was a 1-0 win over a rebuilding Japan side in the SheBelieves Cup in March, but that was sandwiched by defeats to the U.S. and Spain.

Despite dithering results making it clear Neville’s time is up, the England FA, sadly, doesn’t have the guts to pull the plug on this failed experiment.

Neville clearly isn’t the person for the job and the FA admits he won’t coach at the next major international competition. Yet it’s letting him stay on, despite the perfect coach waiting in the wings.

It’s insulting to the England women’s national team to continue with Phil Neville as a lame duck coach. While there is no football to be played currently due to COVID-19 precautions, there’s still plenty of planning and individual training that could be employed during this time.

It’s no different than when the U.S. Soccer Federation pathetically took more than a year to replace Bruce Arena as USMNT coach. A team needs to know in what direction it is heading; it needs to know what it’s striving for instead of just going through the motions with some dude who’s going to be shown the door shortly.

Perhaps most exasperating is that England could easily make the best coaching hire in all of soccer if it acts quickly. The best coach in the history of the game is currently without a team.

Jill Ellis stepped down from the USWNT shortly after winning a second straight Women’s World Cup title, the only person to accomplish such a feat. An England native, she should be the only target on the FA’s list to become the next Three Lionesses coach, even if we think she should try her hand at coaching a men’s team.

Presumably, if the FA has any sort of competence, Ellis has already been contacted about taking over the England job. Either way, she — or anyone else the FA hires — should be brought in as soon as possible instead of waiting until halfway through 2021.

While there is a little time as there will be no training let alone matches anytime soon, anything less than a hire in 2020 will be an brazen affront to the players on the English women’s national team.

The Three Lionesses are one of the best teams in the world. They deserve so much better than a lame duck Phil Neville.