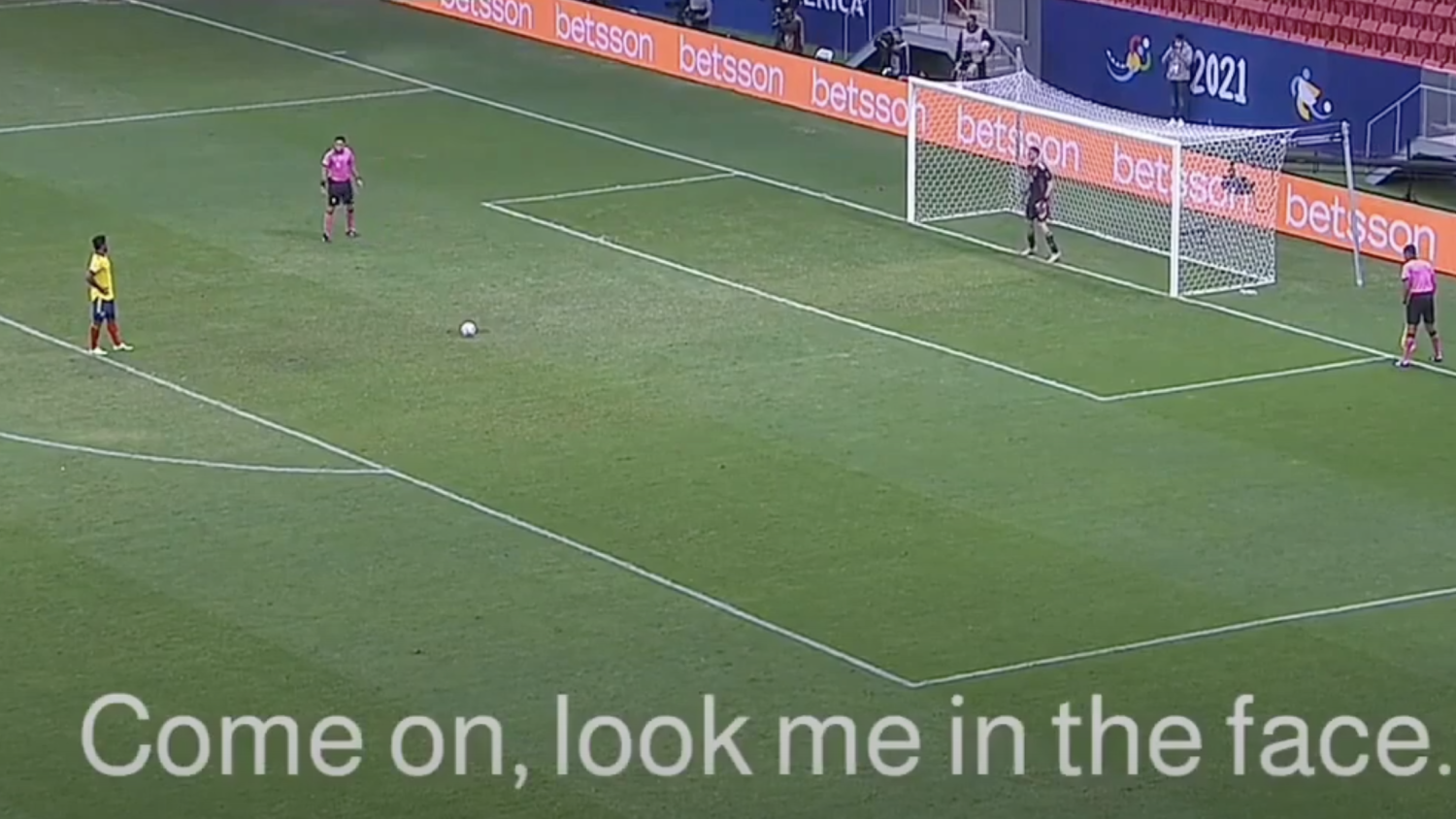 Tuesday’s Copa América semifinal between Argentina and Colombia was the Lionel Messi show for 90 minutes. But when the game went to a penalty shootout, the spotlight shifted to Argentina’s goalkeeper, Emi Martínez.

After hearing everything Martinez said during the shootout, you begin to understand why Miguel Borja did a stutter-step celebration in front of the Argentine keeper.

I’m not going to lie, I’d probably wreak havoc on my undergarments if Martinez was peering into the windows of my soul and saying, “I’m going to eat you up, brother.” Hard pass from me.

There are few positives of watching soccer played in an empty stadium. Getting to hear the trash talk between players is definitely one of them. I just wish we didn’t have to listen to that god awful fake crowd noise.

Martinez wasn’t the only Argentina player to let the Colombians hear it. Messi was seen screaming at Yerry Mina after the Colombian defender failed to convert his penalty.

In the quarterfinals, Colombia defeated Uruguay on penalties and Mina danced a little jig after scoring his spot kick.

Messi wasn’t too impressed with the dance moves and repeatedly yelled “baila ahora!” ("dance now!") as Mina walked back from his saved penalty.

What drama. What entertainment. I guess the only way to end this article is with Martinez doing his best Hingle McCringleberry impression.

The Copa América final between Argentina and Brazil is on Saturday at 8:00 p.m. EST.