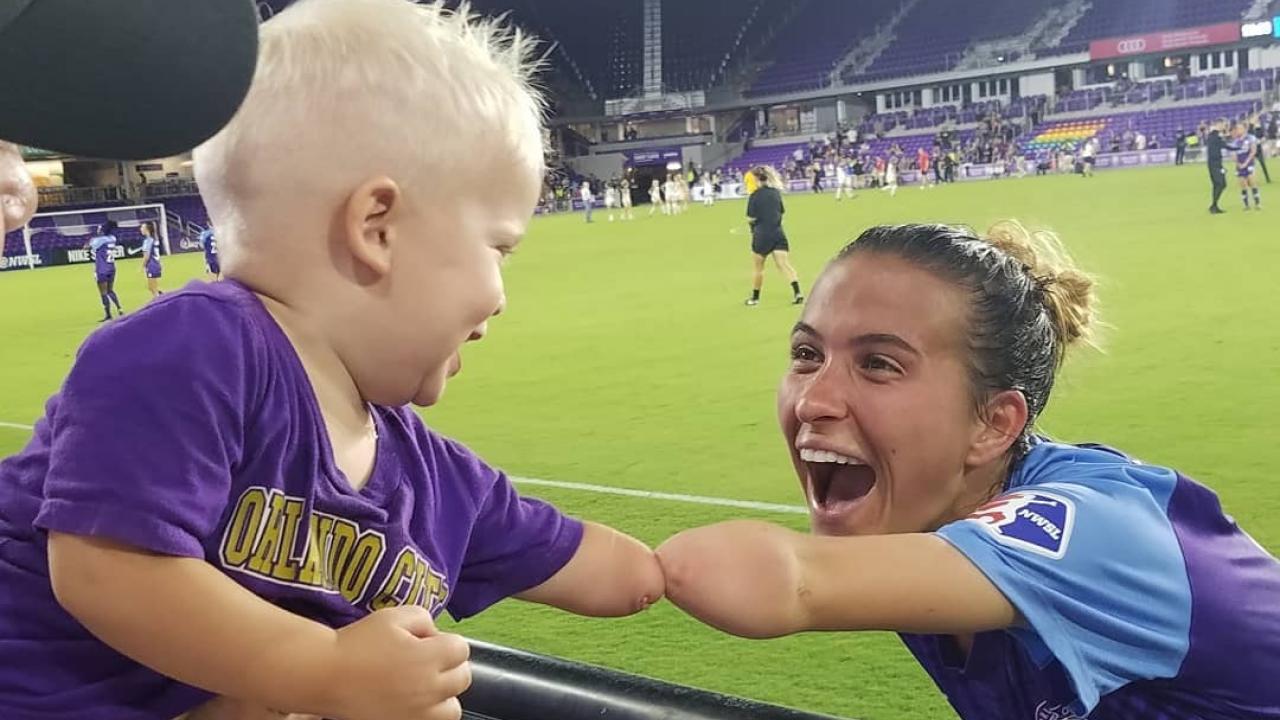 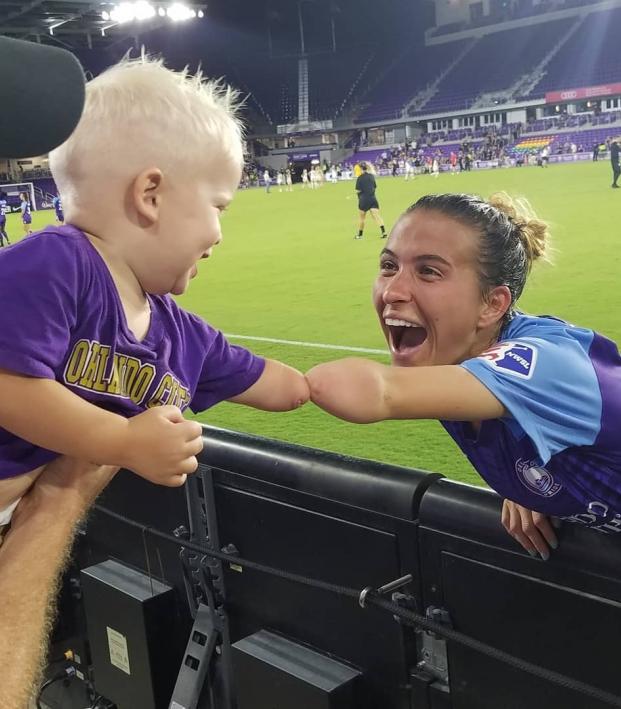 Carson Pickett isn’t exactly a household name. But in a year in which the USWNT won the Women’s World Cup, a picture of the Orlando Pride defender might be the most indelible soccer image of 2019.

Women’s World Cup stars from around the globe returned to play in front of record crowds in the National Women’s Soccer League this past weekend. But more than any Christen Press nutmeg or Rachel Daly backheel, a photo of Pickett with a young fan has captured the nation’s attention.

A birth defect resulted in Pickett being born without a left forearm and hand. When she spotted a young fan with a similar handicap, the two had an instant connection. At a recent Orlando Pride match, Pickett gave a first-bump to the young fan, Joseph Tidd. Over the past few days, a photo of the loving gesture went viral.

We need more of this in our world. RT to spread joy. Thank you @Cars_Pickett16 ! pic.twitter.com/lKeDXZhJxG

While ESPN credited Burleigh with the image (Burleigh coached against Pickett when the latter played college ball at Florida State), as far as I can tell the image actually came from Tidd’s family, which runs an Instagram page for the young boy.

Just check out the adorable imagery of Tidd and Pickett’s connection.

Staying up late this weekend was worth it when you get to cheer on @carson.pickett !  I love fist bumping her. If you can't tell she makes me smile, double chin and all! . . . Swipe  to see how big my smile gets after I fist bumped her. I couldn't stop giggling!  Carson is such a great role model. . . . #orlandopride #nwsl #biggerthansoccer #filledwithpride #luckyfinfamily #luckyfinproject #limbdifferenceawareness #16 #orlando #fistbump #doublechin #giggling #smile #grateful #stayinguplate #toddler #cheerleader #tenfingersareoverrated #orlandocity #orlandocitysoccer #rolemodel #soccer #unstoppable

Pickett said the best part of the photo was how real and in the moment it was, with none of it planned or staged.

“Literally within five minutes of me meeting him, we had an instant bond,” Pickett said to USA Today on Tuesday. “It’s interesting, though, because for a kid that young, I didn’t expect him to connect the way he did. Even though we both have the same arm, it was amazing to me that it felt like he realized why we were bonded.

“I know I might be seen as his role model, but he’s also mine. It’s just a gift to feel so much emotion from a little boy who understands you in a way other people can’t.”

Pickett and Tidd first met in April as both are part of the Lucky Fin Project, which helps promote inclusion for children with similar handicaps. Pickett, a 25-year-old from South Carolina, is in her fourth season in the NWSL.

Yesterday we had the chance to spend some time with the beautiful and talented @carson.pickett who plays professional soccer for @orlpride in the @nwsl. Carson is part of our @lucky_fin_project family as she is missing her left hand. We have been following Carson since she was playing for @reignfc same city who also drafted our buddy @shaquem_griffin. She was traded to Orlando in Dec, we have been dying to meet her. Thank you to @fox35amy and the Orlando Pride for setting this up. We had the chance to talk with Carson and her parents. Long enough to see the strong spirit she has and the example she portrays on and off the field. What makes Carson different is not her arm but her desire to be the best. Her Dad said to me that one thing that was never allowed in the home were the words "I cant". Carson is an amazingly beautiful woman who stands as a shining example for our children. We will be going to many more Pride games and look forward to seeing Carson do a throw-in. I dare someone to give her a penalty for not getting the ball behind her head. The whole stadium and the Tidd family loves this girl and I would not want to be them. We'll share some more videos of the meet up soon, but this video of hide and seek with their arms is too funny. Such a sweet moment between 2 amazing people. #orlandopride #carsonpickett #tenfingersareoverrated #luckyfinfamily #luckyfinproject #limbdifferenceawareness #limbdifferenceawarenessmonth #strongwomen #differentlyabled #againstallodds #rolemodel #inspire #hideandseek #orlandokids #bigsister #imnotcryingyourecrying @lucky_fin_project @barstoolsports @espn @foxsports @nbcsports @cbssports @theellenshow @todayshow @goodmorningamerica

With all due respect to the Alex Morgans, Megan Rapinoes, Sam Kerrs, Lionel Messis and Cristiano Ronaldos of the world, I think we can all agree that Carson Pickett has won the award for best soccer photo of the year.