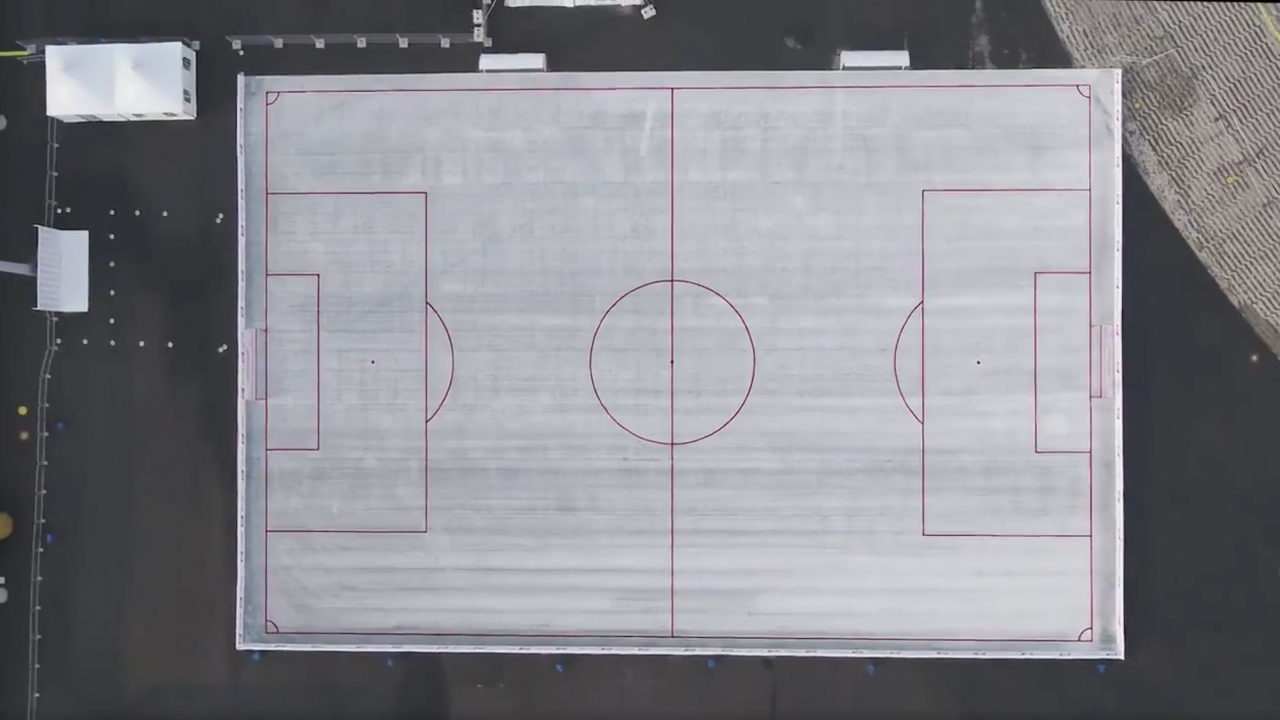 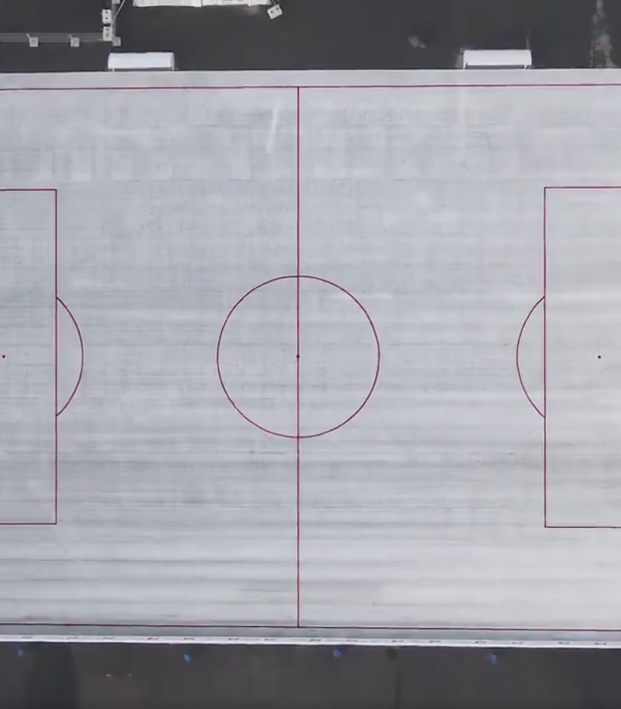 What Do 50,000 Used Beer Cups Look Like? A Beautiful White Football Pitch Thanks To Budweiser

Every four years, hundreds of thousands of fans descend upon a new country, laying waste to incomprehensible volumes of a pale, frothy liquid. The World Cup is a time to celebrate not just soccer, but humanity, and what better way than by consuming the same beverage many anthropologists believe to be impetus behind early mankind giving up its nomadic societies to create what we know today as civilization — beer.

When it comes to the World Cup, Budweiser has been synonymous with beer, having been the official sponsor of FIFA’s grandest tournament for more than three decades. For the 2018 World Cup in Russia, Anheuser-Busch InBev utilized its Global Innovative and Technology Center (GITEC) and the ingenuity of countless workers to embark on a remarkable campaign. Budweiser, the only beer sold at World Cup stadiums, was served in the most technologically advanced cups football has ever seen.

Last summer we spoke to Keenan Thompson, Global Director of Innovation at AB InBev, to give you the inside scoop on Budweiser’s Light Up Cups, the campaign that produced more than 70 different collectible cups — a unique cup for each match, and then some. Even more, these cups lit up with crowd noise, creating a new level of interactivity and amplifying the energy of World Cup fans in stadiums and bars. In all, 3.2 million Budweiser Red Light Cups were filled with that wonderful concoction we call beer during the month-long 2018 World Cup.

But what happened to all those beer cups after the tournament?

Many fans took the cups home by the dozens as souvenirs (and they were pretty cool souvenirs). Inevitably, some were discarded. Yet, behind the scenes, the Budweiser team was collecting as many of them as possible.

This month, Budweiser unveiled what happened to 50,000 of the cups they collected — they turned them into a white and red soccer pitch.

The Budweiser ReCup Arena (get it?) in Sochi is now open outside Fisht Olympic Stadium, the surface created from the recycled light-up cups from World Cup matches and FIFA Fan Fests that made thousands of fans happy during the 2018 tournament.

“The FIFA World Cup is a celebration for millions of fans not only in Russia, but around the world,” said Konstantin Tamirov, marketing director of AB InBev Efes. “Throughout the tournament, Budweiser surprised fans with its activations, gave them euphoric emotions, so we decided to create a unique facility — Budweiser ReCup Arena — specifically to extend this experience.

“Hopefully, this pitch will remind us of the past tournament and, probably, will help someone start a promising football career.”

The pitch officially opened on April 4, with local fans soon being invited to play a World Cup Replay at ReCup Arena. Marco Materazzi — he of the chest that unexpectedly embraced the thrusting forehead of Zinedine Zidane during the 2006 World Cup final — was on hand to unveil the pitch.

“For a month, millions of tourists from all over the world were united by the real football celebration atmosphere,” Materazzi said. “I am very glad that BUD, an official sponsor of the tournament, shares the idea of preserving the legacy of the FIFA World Cup and continues to build it up even after the tournament.”

At 65-by-42 meters, the pitch isn’t quite regulation size, but it’s still plenty big for some good exhibition matches, with its innovative, wear-resistant surface.

Today, @budweiser hit the back of the net with the launch of the Budweiser ReCup Arena – a unique football pitch made from more than 50,000 recycled Budweiser Red Light Cups, collected during last summer’s @fifaworldcup. #ABISustainability #Sochi pic.twitter.com/WH0kyqwA8G

When news of the ReCup Arena in Russia broke, we reached out again to the man behind the original Light Up Cups campaign to get his take.

"My job has a few undeniable perks," Thompson said. "Last year I had a chance to see the World Cup in person, and I’ll never forget feeling of the knockout-round matches ending in penalty kicks. The crowd's energy was contagious, and to see it captured in the cups lighting up everywhere really brought it home.

"Now the cups have new life thanks to the hard work of the team in Russia. I can't wait to see where the connected packaging team at GITEC takes the technology next!"

The Budweiser ReCup Arena project underscores AB InBev and Budweiser’s commitment to innovation — and sustainability. The company has pledged to produce every single bottle of beer using 100 percent renewable electricity by 2025, which is huge in a world where most giant corporations prefer to ignore the obvious science of climate change and the dangers it poses.

But more than that, Budweiser ReCup Arena is a potent symbol of the beautiful game — recycling unforgettable memories and moments from the World Cup into a lasting tribute.