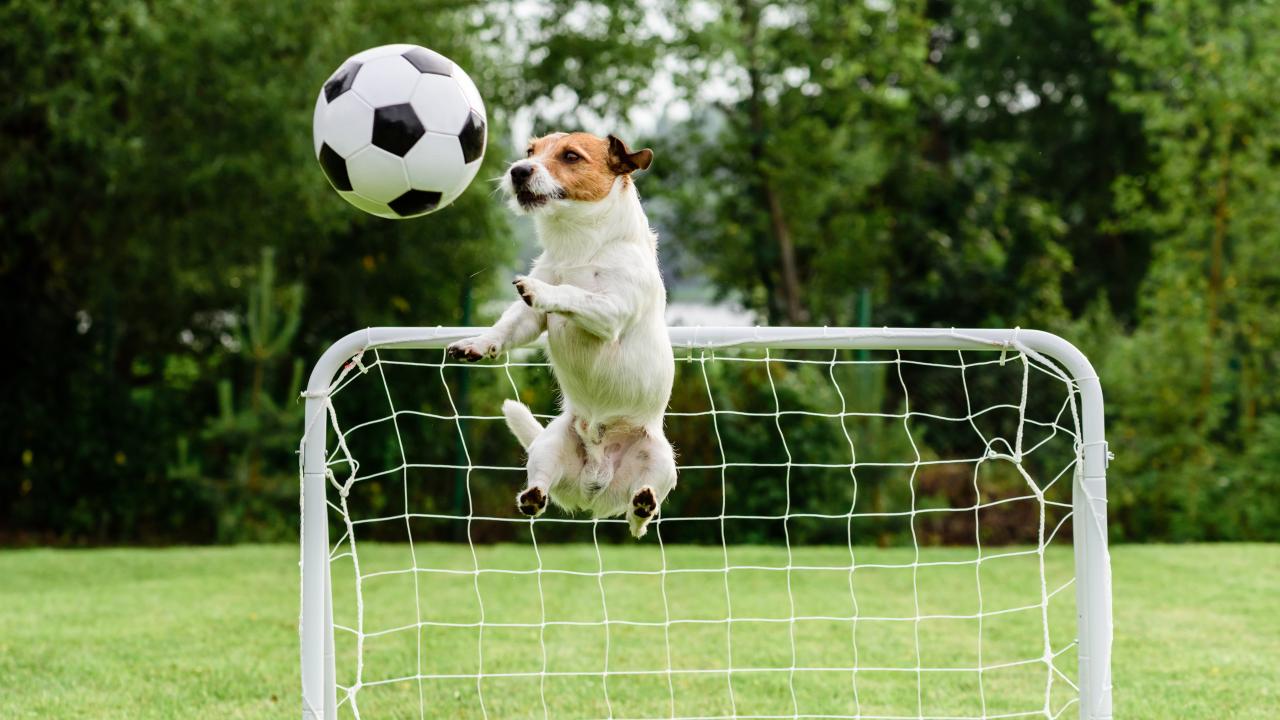 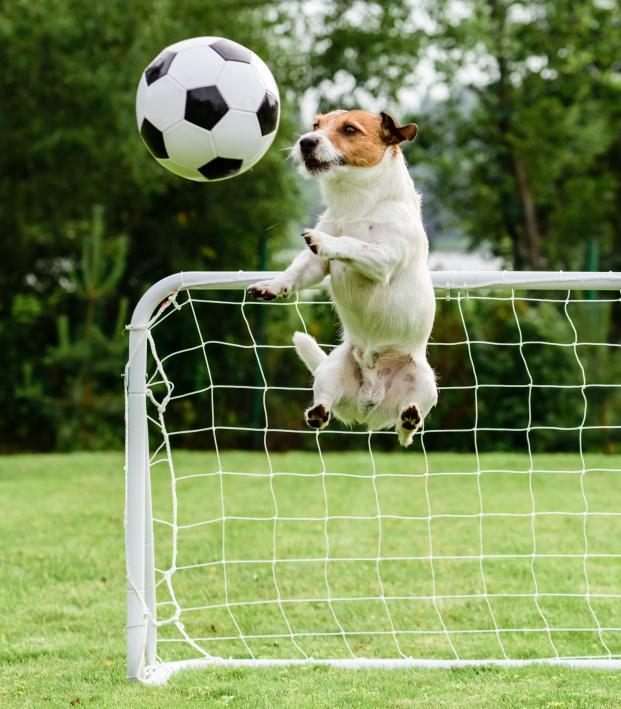 The18 Celebrates International Dog Day With The Top 18 Soccer Dogs

I was going to write some long introduction for the best soccer dogs of all time. Let's be real here, you're here for the dogs. Without wasting anymore time, here are the pooches you're looking for.

The Top 18 Soccer Dogs Of All Time

So coming in dead last is Air Bud. He has an unfair advantage against his competitors and somehow got 4.7 stars for his movie "Air Bud: World Pup." The sappy name should have at least lost him one star.

A step above Air Bud is this police pooch that steals the show (and the ball). He is a selfish ball-hog though and refuses to pass.

16. Rosco The Destroyer of ACL's

His name explains it all: he's kind of an asshole.

While he is adorable and a rescue, he sold out to PETA. Hard to overlook the lust for money.

Wishing a very happy #InternationalDogDay with lots of treats, walks and belly rubs to all our four-legged fans!

All good doggos here. Also notice how Weston McKennie's dog is sporting a Juventus look. Perhaps it was a transfer clue all along. 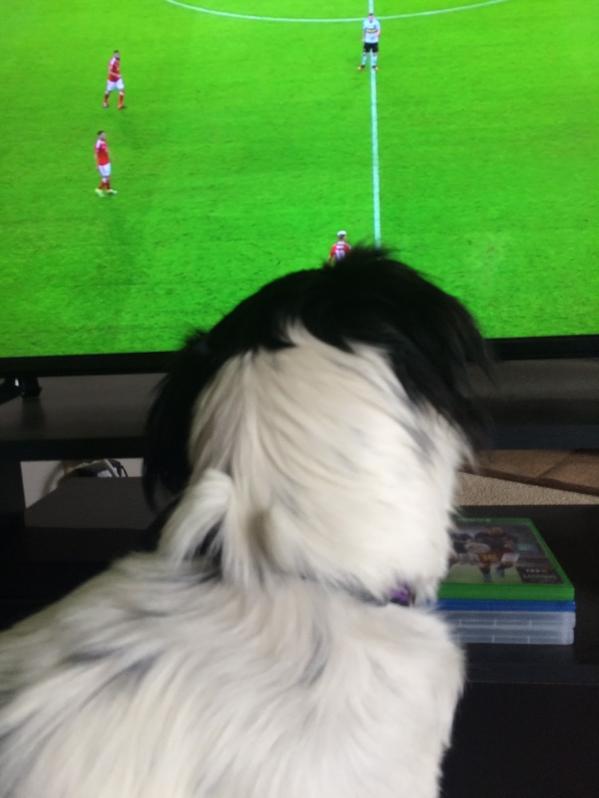 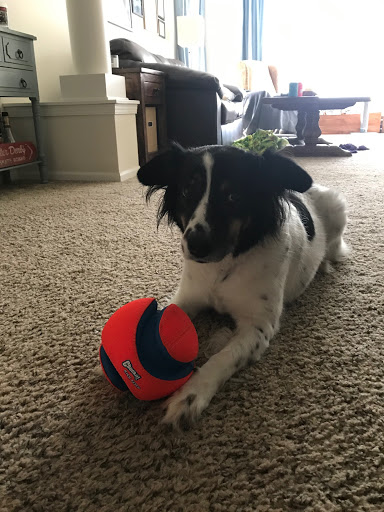 Connor's dog Stella is Wales' most loyal supporter. If she catches you saying one bad thing about Gareth Bale she will destroy you like she did to her Nerf AirTuff soccer ball.

I too was disappointed when I found out it was the country Georgia and not the state. This fact doesn't take anything away from how adorable the dog is.

11. The Dogs of Shutterstock 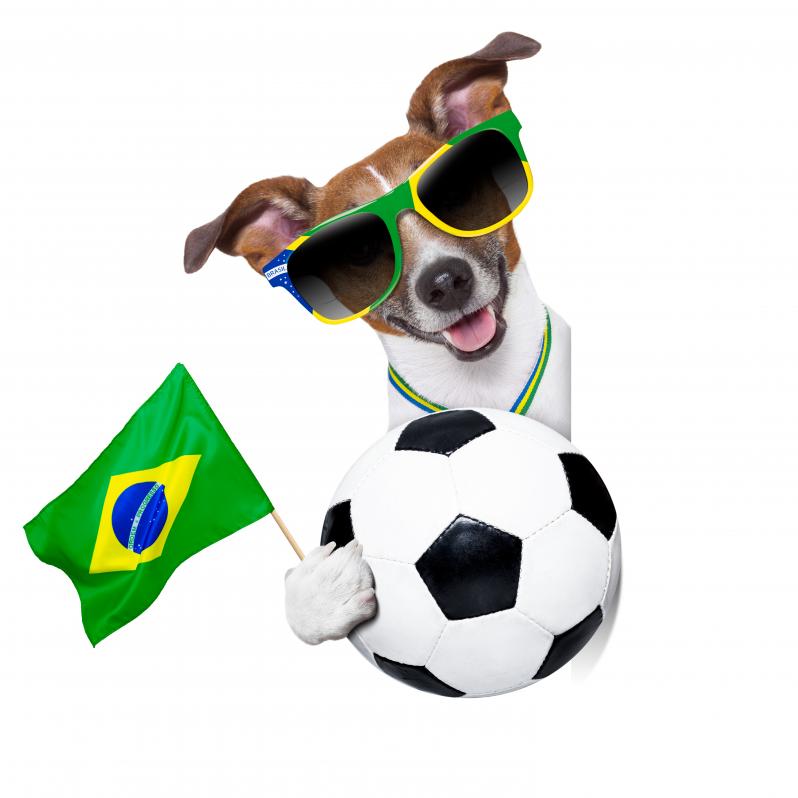 That cats were so good that they got a story of their own, but including the felines' counterpart was a must. I just hope this poor pooch didn't witness Germany take his team to the pound.

The presence of mind to use the tail instead of the mouth like many other dogs gives this one style points.

Eat your heart out guy who juggles flaming machetes on the street corner, there is a new sheriff in town.

Marcos Llorente rubbed salt in the wounds of Liverpool fans by naming his pooch after the stadium he demolished the Reds in.

It's the jersey for me.

Players only seem to care about the money these days. This dog's unbridled joy for the sport is a nice change of pace.

Cheating won't be condoned on this dog's watch. After this wise guy tried to block the goalkeeper from punting the ball, the rescue dog came in to deny the cheater any glory.

Colo-Colo players walking onto the pitch with dogs available for adoption pic.twitter.com/O91PNBLONT

I am willing to start a petition to replace the children that walk out before the start of games with dogs.

"What was it like out there making your first debut?"

He remembered me thank god pic.twitter.com/Trp5blydMw

One of the few good things that 2020 has had to offer so far was this video.

Lionel Messi playing keep-away with his dog is adorable. pic.twitter.com/eeY8ikMM44

If Barcelona keeps playing around and doesn't let Lionel Messi go, he will send his behemoth dog Hulk to take care of business. I for one would rather deal with an angry fax from Messi than his dog.