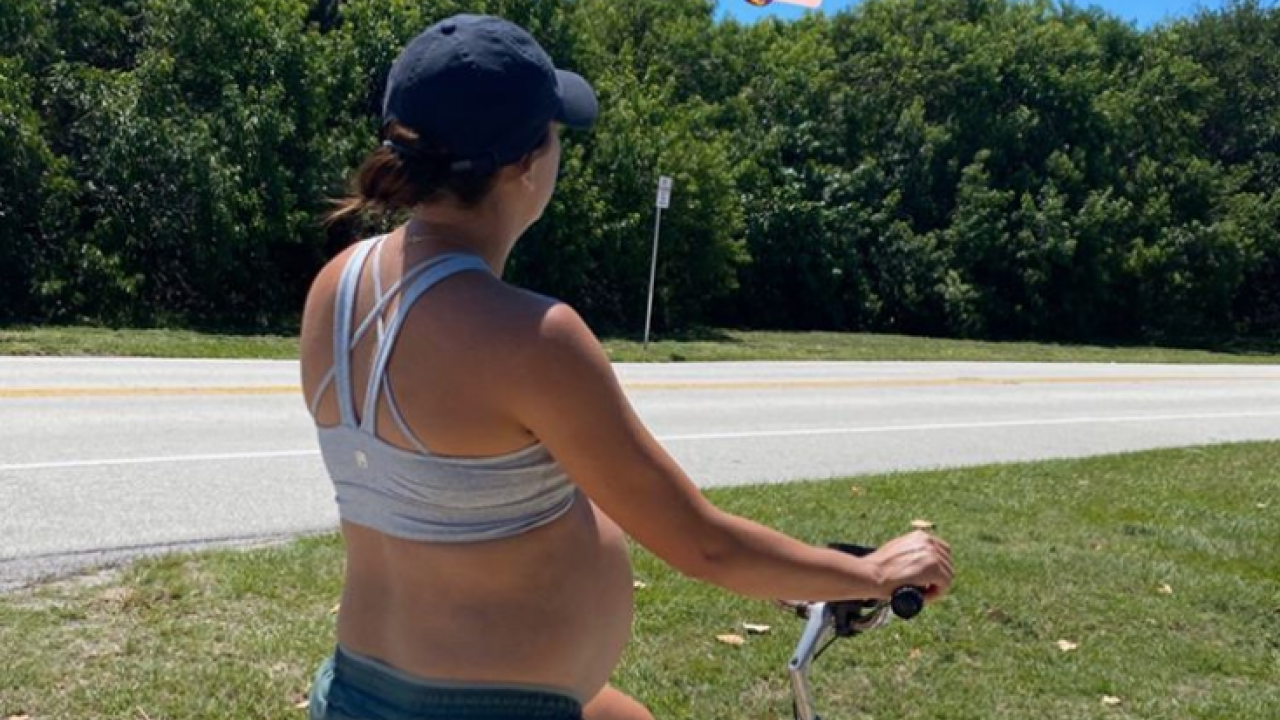 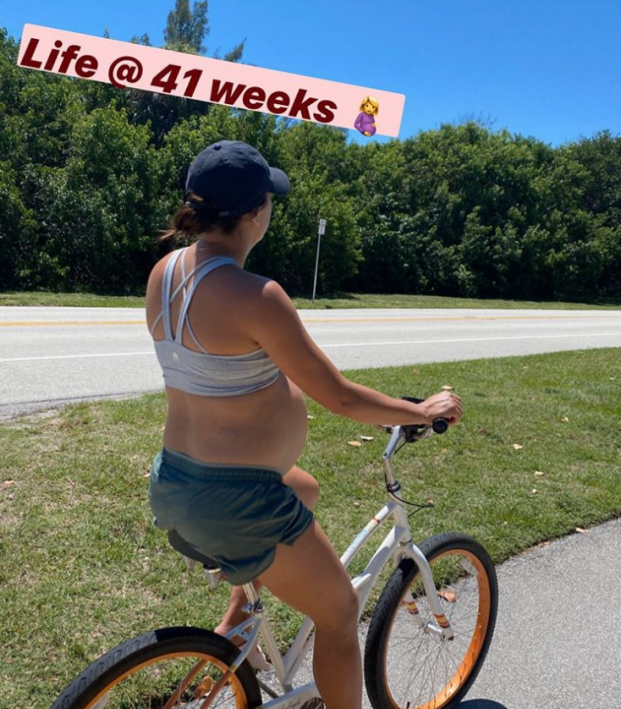 With No Olympics This Summer, Alex Morgan’s Baby Is Taking Its Sweet Time

Update May 9: Alex Morgan gave birth on May 7. Read all about it here.

It’s a good thing the 2020 Olympics were pushed bacl to 2021, because it would’ve been mighty hard for Alex Morgan to return to playing shape given how long it’s taking her baby to arrive. The latest Alex Morgan baby update showed the USWNT superstar riding her bike while 41 (!) weeks pregnant.

Morgan announced in October she and husband Servando Carrasco, a former LA Galaxy midfielder, were expecting their first child in April. We’ve watched her baby bump grow since then and Morgan has shared intimate, inspiring thoughts on her pregnancy journey, which doesn’t seem like it’ll ever end.

It’s now May, and Morgan has yet to welcome that beautiful baby to this world. On April 30, Morgan posted a photo of herself to her Instagram stories with the phrase “Life @ 41 weeks.” 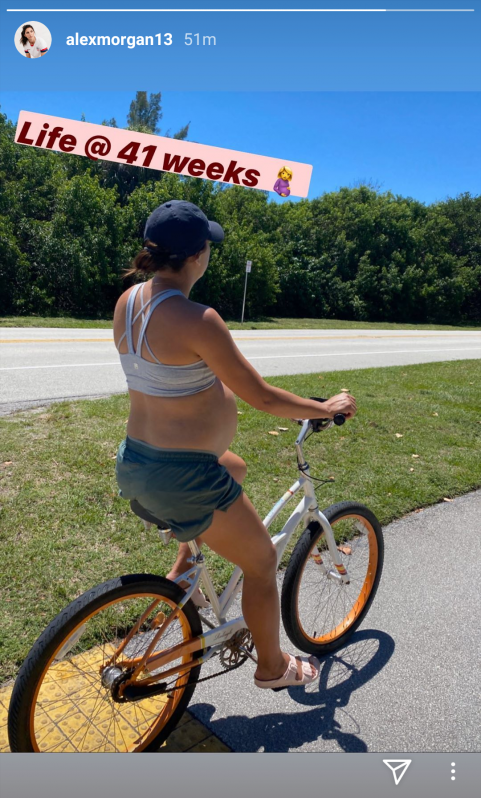 On May 4, Morgan appeared on Good Morning America and said she hoped her "stubborn girl" would arrive the following week.

Thanks for having us on @RobinRoberts to talk about the unexpected(and extremely disappointing) decision from the judge last week and also what we will do moving forward. https://t.co/ac1SnHAG7x

For reference, pregnancy usually lasts about 280 days or 40 weeks. Passing one’s due date isn’t always a bad thing, but Morgan could be induced by Week 42, I say having read a couple of websites to become an expert on the matter. I guess Alex’s baby just wants to do a little extra preparing; it’ll probably come out looking older than Mason Mount.

Originally, Morgan was planning to give birth in April and then play in the Tokyo Olympics, which were set to begin July 22. Sydney Leroux impressed everyone when she returned to NWSL play three months and a day after giving birth, but we’re already within three months of July 22.

Fortunately, Morgan won’t have to worry about that, as the novel coronavirus pandemic has postponed the Olympics until next summer. This will give Morgan plenty of time to rest up and get back in shape.

Then again, she’s been training hard even while pregnant, so it might not take her all that long.

In the meantime, since we don’t have any Alex Morgan baby photos to share yet, you can check out Hope Solo’s newborn twins and their awesome soccer names. And for good measure, here are some pics of Anderson Cooper’s adorable new baby he welcomed to the world on April 27.

I want to share with you some joyful news. On Monday, I became a father. This is Wyatt Cooper. He is three days old. He is named after my father, who died when I was ten. I hope I can be as good a dad as he was. My son's middle name is Morgan. It's a family name on my mom's side. I know my mom and dad liked the name morgan because I recently found a list they made 52 years ago when they were trying to think of names for me. Wyatt Morgan Cooper. My son. He was 7.2 lbs at birth, and he is sweet, and soft, and healthy and I am beyond happy. As a gay kid, I never thought it would be possible to have a child, and I’m grateful for all those who have paved the way, and for the doctors and nurses and everyone involved in my son's birth. Most of all, I am grateful to a remarkable surrogate who carried Wyatt, and watched over him lovingly, and tenderly, and gave birth to him. It is an extraordinary blessing - what she, and all surrogates give to families who cant have children. My surrogate has a beautiful family of her own, a wonderfully supportive husband, and kids, and I am incredibly thankful for all the support they have given Wyatt and me. My family is blessed to have this family in our lives I do wish my mom and dad and my brother, Carter, were alive to meet Wyatt, but I like to believe they can see him. I imagine them all together, arms around each other, smiling and laughing, happy to know that their love is alive in me and in Wyatt, and that our family continues.