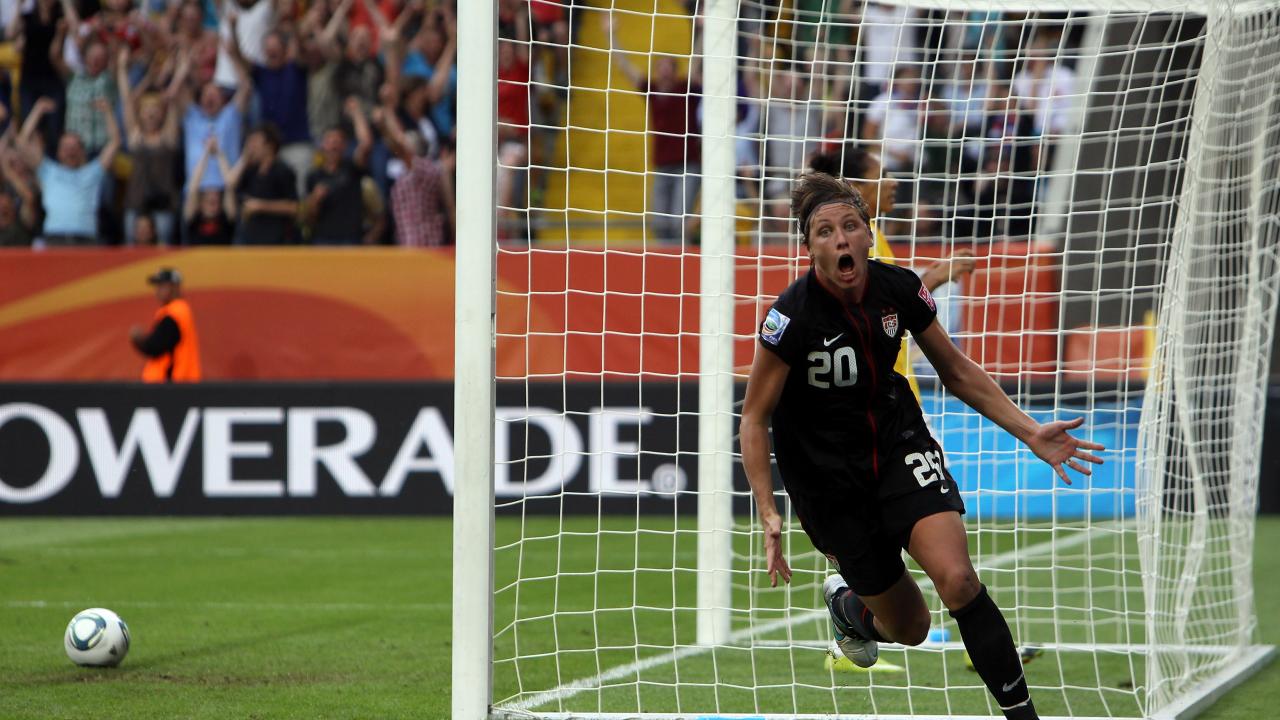 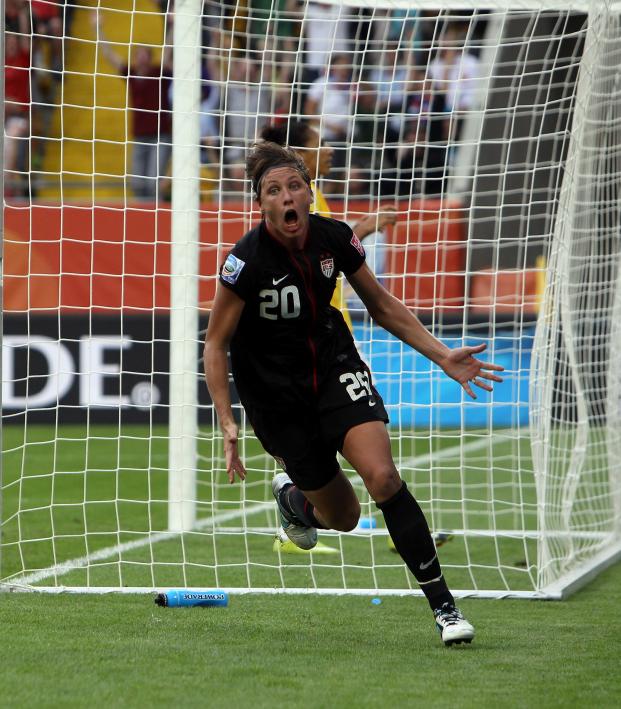 Abby Wambach’s Goal Against Brazil In 2011 Was The Best In U.S. Soccer History And You Can’t Convince Me Otherwise

The U.S. women’s national team has a remarkable record of reaching the semifinals in every Women’s World Cup. It’s a major reason why we often refer to the USWNT as the greatest sports team of all time. But the road to the final four hasn’t always been easy, and in 2011, the USWNT came closer than ever to an early exit. Only a stunning late Abby Wambach goal vs Brazil — I’d argue the greatest goal in U.S. soccer history — saved the Americans from a quarterfinal exit.

Ahead of the 2011 Women’s World Cup, the USWNT had finished third in two straight editions. The 1999ers were fading from memory and there were questions as to whether the women’s game had passed the Americans by. Gold at the 2004 and 2008 Olympics weren’t enough to stave off the doubters.

Though the U.S. opened the 2011 World Cup with easy wins against overmatched North Korea and Colombia, Pia Sundhage’s team was beaten by her home country of Sweden in the final group-stage match. The defeat meant the USWNT finished second in Group C and thus had to play Brazil, which had just crushed Group D without conceding a goal.

Marta at this time was the best player in the world. She finished the tournament with four goals and two assists to win the Silver Boot despite playing just four games. She was joined by Cristiane, Formiga and Aline for what was one of Brazil’s best teams ever. Oh, and Brazil smashed the U.S. 4-0 in the 2007 World Cup semifinals, so that was fresh on the minds of the Americans.

What ensued in Dresden, Germany, on July 10, 2011, was one of the greatest World Cup matches of all time, men or women — all punctuated by an unforgettable goal from Abby Wambach.

The match started with a bit of fortune for the Americans and a harbinger of what was to come for Daiane Rodrigues. In the second minute, Shannon Boxx hammered in a low cross toward Wambach. Before the American could reach the ball, Daiane inadvertently sent it into her own net. It was a massive confidence booster for the Americans, who sorely needed it.

Brazil found its way back into the match — and quickly became the favorite to advance — in the 65th minute. Marta, as she so often does, created space in the box with a lovely flick to herself over two defenders. She was about to take a shot from six yards out when Rachel Buehler pulled her down from behind. The referee didn’t hesitate to point to the spot and send Buehler to an early shower with a red card.

But this being one of the craziest World Cup games ever, the penalty was not a straightforward issue. Cristiane initially took the penalty only for Hope Solo to deny her. However, Christie Rampone entered the box early so the kick was ordered to be retaken. Marta took the second chance and sent Solo the wrong way to equalize.

The USWNT held on with 10 women at 1-1 to force extra time, but Marta struck again moments into the added period. Scoring the type of goal we’d be writing an entire story about if it had stood as the winner, Marta dinked the ball over her head and off the far post to give Brazil a 2-1 lead.

It looked like a certainty that Brazil would knock the Americans out of the World Cup for the second straight time. The U.S., down a player and a goal, needed a miracle.

It got one in the form of a Megan Rapinoe cross and the greatest head in the history of soccer.

As the clock ticked past 120 minutes and Brazilians begged for the final whistle to blow, Brazil had a goal kick with the pro-American crowd chanting “USA! USA!” more in desperation than hope. Ian Darke was already eulogizing the USWNT to the U.S. audience back home as Cristiane took the ball to the corner, trying to take the air out of the ball.

After what seemed like hours, the U.S. finally got possession back and switched the field of play to Rapinoe. Even before she got the ball, Rapinoe was looking up the field to see who was in the box. There was only one real target: Abby Wambach.

Rapinoe took one touch, saw Wambach raising her arm at the back post and unleashed the type of pass that would make Tom Brady blush like he’s had too much avocado tequila. The ball had such impeccable weight and precision it begged Wambach to rise up and smash home the greatest header in the history of U.S. soccer.

Against all odds, the USWNT had equalized at 2-2 with what was the latest goal in a FIFA competition ever. Once again, Daiane was at fault, playing way too deep to keep Wambach onside and being unable to do anything about the cross. But take nothing away from the perfect pass and undeniable shot.

The goal won an ESPY that year for Best Play of the Year. We rated it the third-best moment in USWNT history a couple of years ago.

Of course, the goal didn’t win the match for the U.S. The Americans had to calm down after such an exhilarating equalizer to take part in the ensuing penalty kick shootout. And the Americans certainly remained calm.

Boxx had the first attempt of the shootout saved by Andréia, but the Brazilian keeper had gone about 20 miles off her line, so the shot was retaken. Boxx put her second effort just out of Andréia’s reach, and the Americans didn’t miss again.

Cristiane, Carli Lloyd, Marta and Wambach then converted penalties in what has to be the best string of players to take part in a shootout in soccer history. That string was interrupted by poor Daiane, who finished her awful day by having her shot saved by Solo, who went on to be named Player of the Match. Rapinoe and Francielle both converted in the fourth round to send Ali Krieger to the spot with the game on the line. She placed her shot just inside the left upright and the U.S. could celebrate.

(You can see the highlights of the Brazil-USA game here or watch the entire match here.)

The U.S. went on to bounce France 3-1 in the semifinals but found a different fate in the final. Tasked with taking penalties again after a 2-2 draw in the final against Japan, the Americans couldn’t figure out how to score past Ayumi Kaihori. Boxx, Lloyd and Tobin Heath all missed from the spot (only Wambach scored in the shootout for the U.S.) and Japan became the first Asian side to win a World Cup.

Although it didn’t result in a championship at the end of the tournament, no one will convince me Wambach’s late equalizer wasn’t the greatest goal in the history of U.S. soccer. Coming up so clutch with such a pinpoint goal will be hard for anyone to match.

The U.S. has scored countless memorable goals over the last 100 years. We’ll never forget Lloyd’s goal from midfield in the 2015 Women’s World Cup final against Japan, Joe Gaetjens’ unbelievable strike to upset England at the 1950 World Cup, Paul Caligiuri’s “Shot Heard Round The World” to send the USMNT to the 1990 World Cup and Landon Donovan’s dramatic late winner against Algeria at the 2010 World Cup. But Wambach’s strike rises above them all for its drama, importance and sheer footballing brilliance.