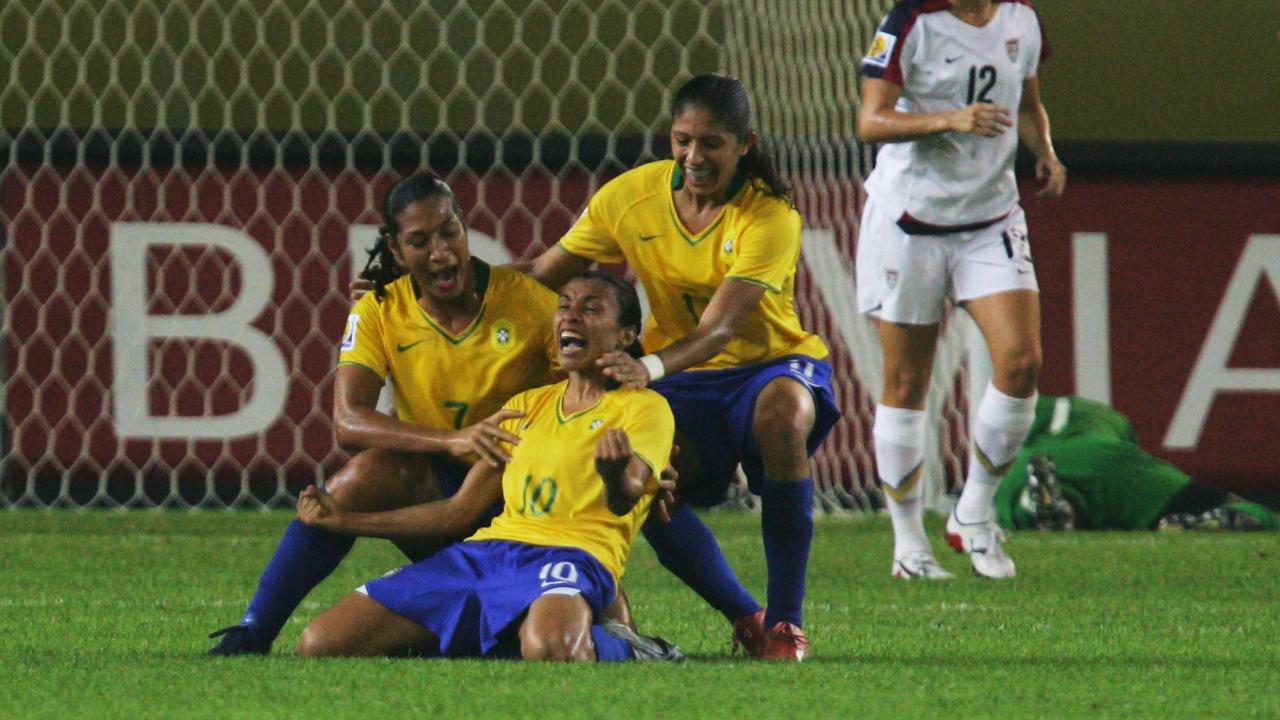 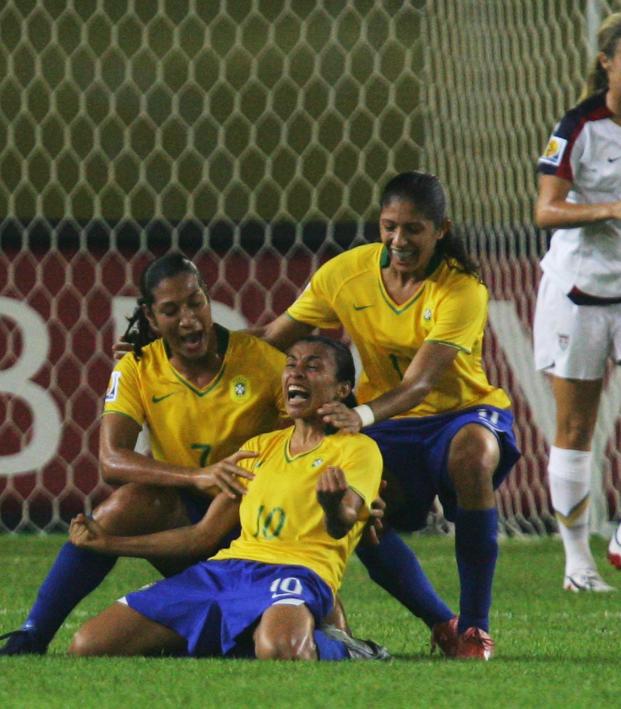 That Time Marta Obliterated The USWNT In The 2007 World Cup

In recent history, the USWNT and World Cup glory go hand in hand. The last time the USWNT didn’t make it to a World Cup final was in 2007. The team has only lost four of 50 World Cup matches it has played. The 2007 World Cup in China was also the last the USWNT lost a World Cup game in regular time. A 21-year-old Brazilian superstar led the demise of the USWNT.

Prior to the U.S. and Brazil meeting in the semifinals, both teams topped their respective groups. Abby Wambach scored three of the team’s five goals in the group stage. The U.S. was drawn against North Korea, Sweden and Nigeria. In its first game, the USWNT was trailing by one after North Korea scored two goals in four minutes. A goal from Heather O’Reilly salvaged a point for the Americans.

(High volume warning on the video below.)

Meanwhile, over in Group D the Brazilians were crushing the likes of New Zealand, Denmark and host China. Not only did Brazil score 10 goals in the group — four of which came from Marta — but the South American giants recorded three clean sheets.

In the quarterfinals, the USWNT cruised past England for a comfortable 3-0 victory with another Wambach goal and contributions from Shannon Boxx and Kristine Lilly. Brazil survived a challenge from Australia to win 3-2, with Marta scoring once again.

In the semifinal, history repeated itself for the USWNT as it was trounced 4-0 against the Brazilians for the worst lost the U.S. has suffered in a major tournament. In the previous World Cup semifinal, the U.S. was thrashed 3-0 on home soil to Germany. Four years later it was Marta and Brazil’s turn. The 21-year-old scored twice against the U.S., with her second goal being one of the greatest goals in World Cup history.

Marta’s class simply outdid the Americans. The USWNT was forced to play with 10 players after Boxx was shown a second yellow card moments before the first half ended.

Another interesting decision was U.S. head coach Greg Ryan benching Hope Solo in favor of Briana Scurry. Solo had played every game leading up to the semifinal and was less than pleased to sit on the bench during the loss. In a post-match interview, Solo added to the flames calling out her coach and Scurry.

Solo would be benched again in the third-place match against Norway. Ryan would lose his head coaching job shortly after the tournament as the U.S. finished third for the second straight World Cup.

Brazil met Germany in the final and was shutout for the first time in the tournament as the Germans won 2-0 and lifted the 2007 World Cup. Marta had a penalty kick saved in final, but still finished with the Golden Shoe with seven goals in the tournament.