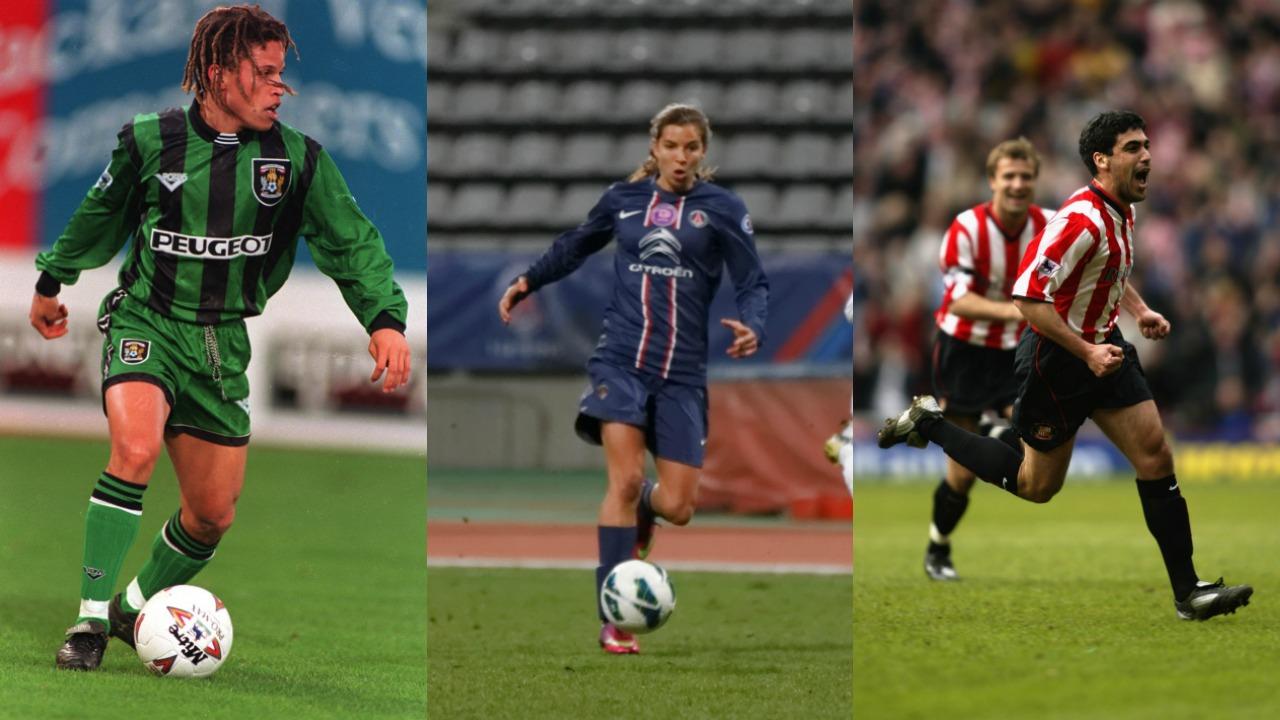 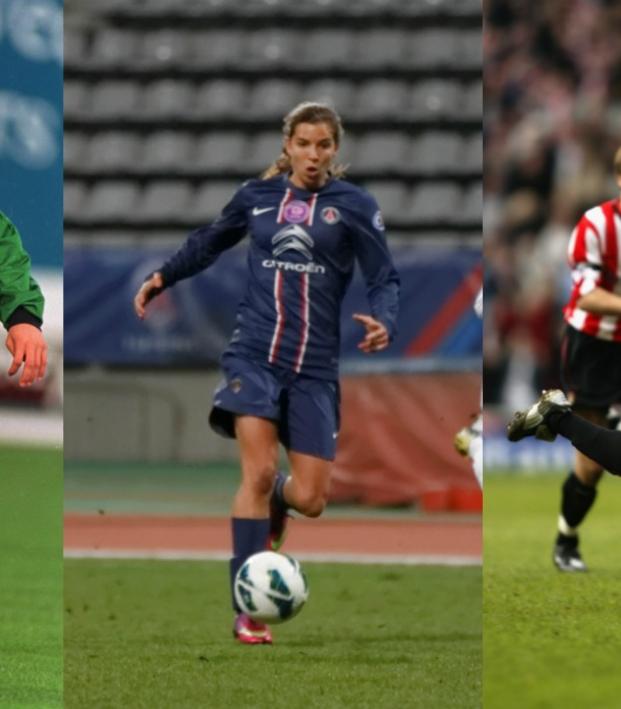 When Christian Pulisic scores or DeAndre Yedlin showcases his pace on a recovery run, the highlights are available for consumption across the United States almost instantaneously. 15 years ago, that was certainly not the case.

This was a time without Twitter, YouTube and Reddit — a time when you had to visit yanks-abroad.com for news while scrounging up money to pay for Fox Soccer Channel because your parents sure as shit weren’t expensing it.

As hard as it was for a young fan, you can only imagine what it was like for the American pioneers who braved the shores of Europe when (1) they were ostensibly taking a local player’s spot at a time when domestic leagues were a lot less cosmopolitan, and (2) Yanks were seen as the talentless, clueless lepers of the footballing community.

Here are 10 European adventures that are now largely forgotten or slept on.

Before Clint Dempsey set fire to the notion of a stereotypical American footballer, there was the brash play of Georgian Clint Mathis.

After scoring 23 goals in 36 games for the MetroStars between 2000 and 2001 and announcing his presence on the world stage with an emphatic finish against South Korea at the 2002 World Cup, European clubs began to enquire about the man who looked like a Rancid album cover.

After a Bayern Munich approach was rebuffed by MLS, Mathis eventually began his European odyssey after completing a free move to the Bundesliga’s Hannover 96 during the January transfer window of 2004.

Mathis was an instant hit in Germany, scoring four goals and providing an assist in his first five matches. However, his fortunes would turn after an 11-match scoreless streak cost him his place in the starting XI.

But there’d be one final flourish from Mathis in Germany. After being left on the bench for 81 minutes despite a 0-0 scoreline against Schalke, Mathis entered the fray and scored a fantastic winner only two minutes later. It was a cathartic moment for the striker, but he celebrated by sprinting towards manager Ewald Lienen and tapping his wrist to insinuate that he should’ve come on earlier.

Mathis would only play 73 more minutes for Hannover before returning to MLS with Real Salt Lake. 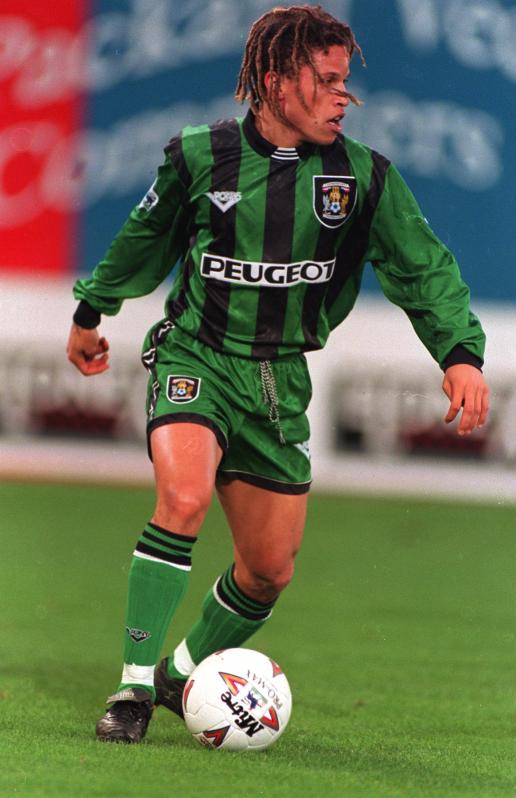 Cobi Jones is synonymous with the LA Galaxy. Between 1996 and 2007, Jones made 306 appearances for the Galaxy, which is still the club record, and his total of 91 assists is still good for ninth-best in MLS history. But before signing with the Galaxy and after playing for the USMNT at the ’94 World Cup, Jones spent one season in the Premier League with Coventry City.

Jones scored two goals (against Norwich and Crystal Palace) in 20 appearances for Coventry. 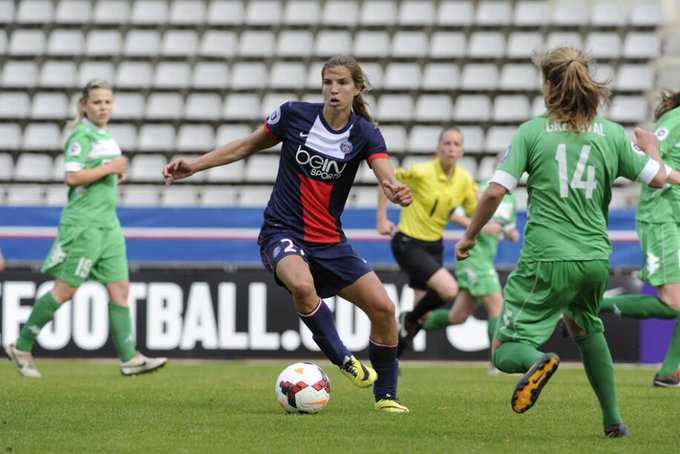 With the American women’s professional game in limbo following the end of WPS in 2012, Tobin Heath elected to join PSG on a six-month deal in January of 2013. She scored two goals in seven appearances while acclimating to the experience of playing day in, day out — something she says she hadn’t done since her college days.

“In the U.S., people always say, ‘Good shot. Good try,’ stuff like that. And in France, it’s like nothing is good enough. There’s not that margin. Everything is criticized,” Heath would later reveal.

Here’s Lyon’s Megan Rapinoe putting Heath in a Chinese finger trap but with her legs.

With his blend of size, strength and “good feet for a big man,” I can only imagine that reading about Oguchi Onyewu’s exploits with Standard Liège on yanks-abroad.com (Standard's Player of the Year! Belgian Best XI! Belgium's Best Foreign Player!) is similar to the feeling Liverpool fans now get while watching Virgil van Dijk.

Personally, having spent years reading about his play in Europe and watching him do work at the 2005 Gold Cup, I knew it was only a matter of time until he became the world’s best defender. So when news broke that he’d finally made the move to a big club (in my humble opinion, the biggest club there is), I predicted that Onyewu was about to be Newcastle United’s pillar of excellence over the next decade.

His 11 Premier League appearances were nothing short of a disaster, and Newcastle won only one match in which Onyewu started. Despite arriving on Tyneside with a purchase option, Newcastle declined to make the move permanent.

Here he is after being brought on late to help secure a 0-0 draw against Manchester City but promptly playing a terrible role in City's dramatic winner.

After completing her collegiate career at Notre Dame, Shannon Boxx spent one year in America with the Boston Renegades before electing to move to Germany with FC Saarbrücken of the women’s Bundesliga.

The move was the beginning of a trying period for Boxx as she struggled in Germany (to the point where she considered retirement) before an equally disappointing stint with the W.U.S.A's San Diego Spirit that culminated with a trade to the New York Power.

However, Boxx would hit her stride in New York in 2003, and that led to her being named to the 2003 World Cup squad despite being previously uncapped. She’d go on to collect 195 of them.

Freddy Adu arrived at Benfica from Real Salt Lake for $2 million in the summer of 2007. He spent a year in Portugal — scoring two goals in 11 appearances off the bench — before joining Monaco on loan the following summer.

He made nine substitute appearances in Ligue 1, failing to score or provide, for a Monaco side that finished 11th. Monaco had the option to purchase Adu after the season but declined and the young American would then join Belenenses on loan.

The 2011 USWNT World Cup squad was made up entirely of players plying their trade in WPS, with one exception: Ali Krieger.

After briefly playing in America following her collegiate career at Penn State, Krieger signed with Frankfurt of the Frauen-Bundesliga in August of 2007. Her first year was a remarkable success as Frankfurt captured a historic league, cup and Champions League treble. In the process, Krieger became the first American to win the women’s Champions League.

Between 1947 and 1950, Joe Gaetjens was a force for American Soccer League side Brookhattan. He used this success to attract the attention of U.S. Soccer, and that resulted in a call-up for the 1950 World Cup.

There, Gaetjens scored one of the biggest goals in USMNT history — the lone strike in America’s unbelievable 1-0 upset of England. At the end of the World Cup, Gaetjens joined Racing Club de Paris in France’s top division.

He again did us proud, scoring twice in four games. 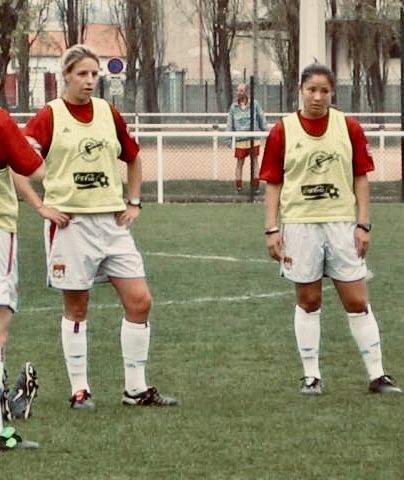 A two-time gold medalist with 131 caps to her name, Aly Wagner played briefly for Lyon in France’s top division in 2005. Joining her at Lyon was fellow USWNT star Lorrie Fair, who’d later become the first American to play in the Women’s Premier League after signing with Chelsea.

Claudio Reyna was perhaps the most successful American outfield player in Europe (at least until Dempsey) and enjoyed prolonged spells with Manchester City, Rangers and Wolfsburg. However, he also briefly turned out for Sunderland between 2001 and 2003, although his time there was cut short by an ACL injury.

But he started strongly for the Black Cats, scoring three goals in his first 17 games, including this beautiful brace against Leicester City.