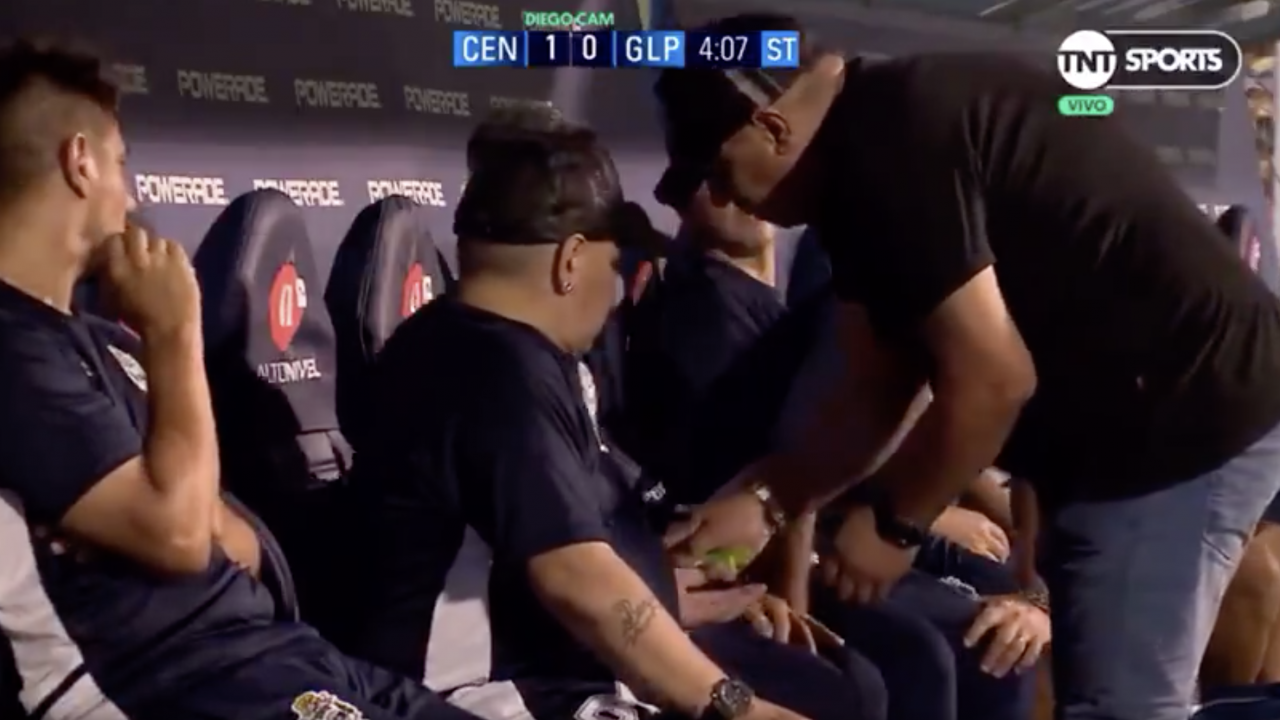 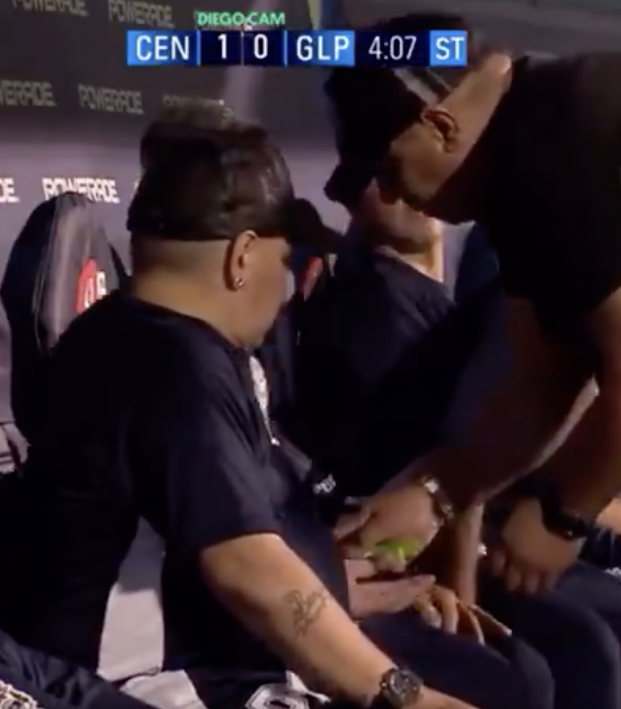 Argentine legend Diego Maradona is fondly remembered for his amazing goals and off-the-wall personality. Sadly, Maradona’s legacy also includes a notorious history of drug use, and while managing his struggling club Gimnasia in a recent Primera División match, Maradona was handed a suspicious small bag.

The coaching staff was then quick to block the view of the camera.

the technical staff covering Maradona from the cameras while he gets a small bag of coke. Dfkm pic.twitter.com/Oh33zzufr6

The man sitting to Maradona’s left quickly points out the camera to Maradona’s delivery man and, as if practiced, the rest of the bench quickly mobilizes to hide the transaction.

Despite what the tweet says, it's not been confirmed whether or not it was cocaine in Maradona’s delivery, but it’s hard to imagine what else could have been in the bag. The video is reminiscent of the 1986 Global All-Star game, when a man in blue brought a bag of cocaine to the Argentine to snort after scoring a penalty.

From the 1980s until an overdose in 2004 Maradona had been a frequent cocaine user and alcoholic. Reoccurring health issues have plagued the former superstar turned manager. Last year the soccer legend was rushed to a hospital after suffering internal bleeding in his stomach.

This most recent video is a troubling sign for the now 59-year-old. With his sub-par health, any drug use now will prove to only exacerbate the situation. His team’s situation is also suffering as Gimnasia sit in 22nd place out of 24 clubs.