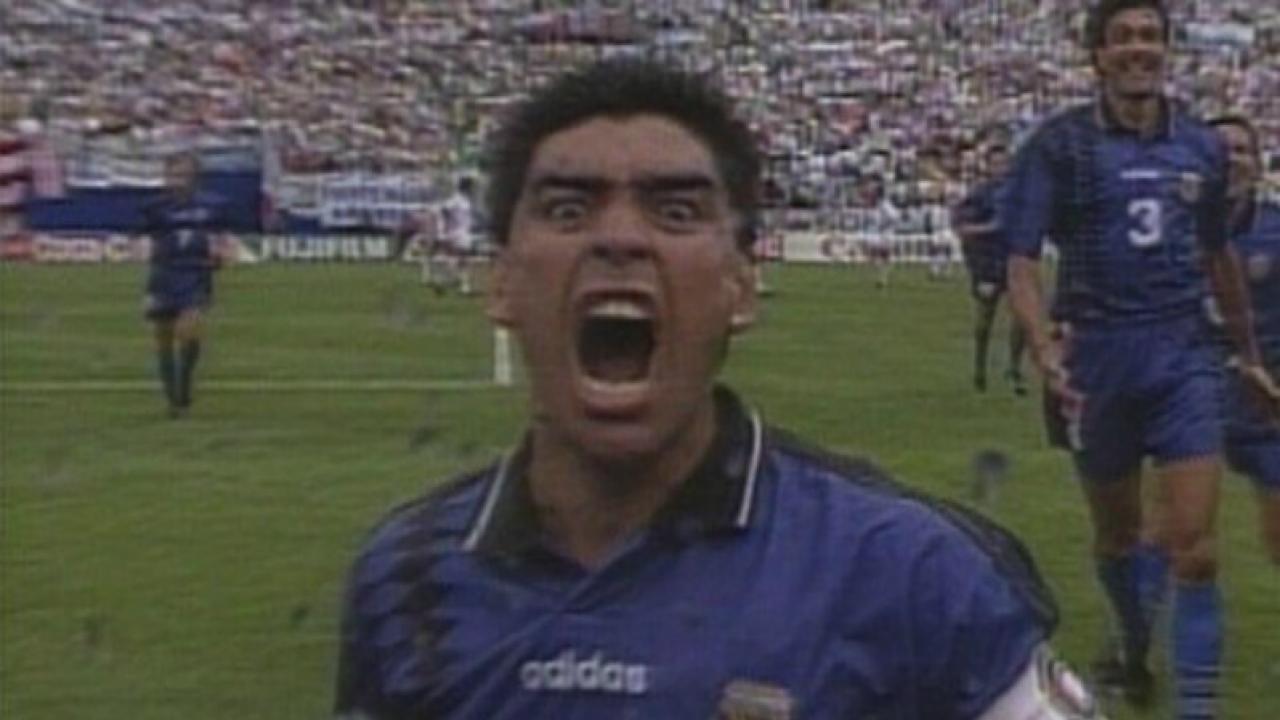 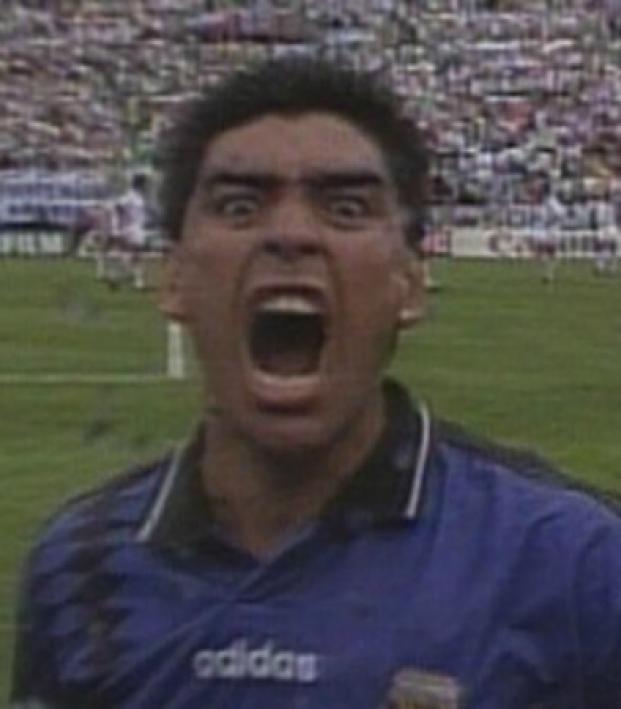 Connor Fleming April 1, 2016
Diego Maradona awed the world with his footballing skills while struggling with addiction. Here are three goals he scored under the influence of cocaine that live on in the memory.

Diego Maradona has always been forthcoming when talking about the addiction problems that plagued his life both during and after his playing days. A cocaine addict and alcoholic from the mid-1980s until 2004, Maradona was lucky to escape with his life following overdoses in 2000 and 2004.

Maradona’s problems with cocaine began after his transfer to Barcelona in 1982. A move to the Italian club Napoli, necessitated by a desire to quit Spanish football rather than serve a ban that he’d received following a melee with the entire Athletic Bilbao squad, preceded some of Maradona’s greatest performances on the pitch and his greatest struggles off of it.

During his time at Napoli, Maradona was fined over $70,000 for missing both practices and games. He also drew rebukes from club directors over his increasingly troublesome cocaine use and weight gains. In 1986, cameras captured him snorting cocaine after scoring a penalty in a global All-Star game in Pasadena, California. 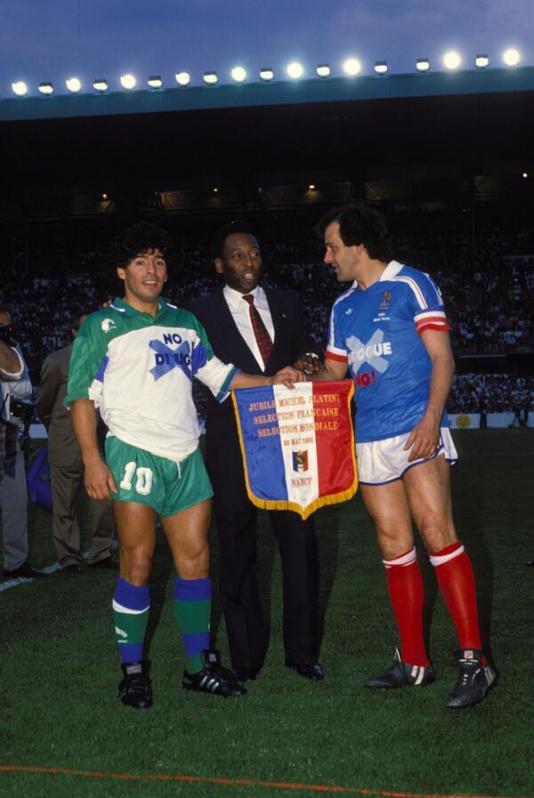 Maradona in an anti-drugs match in 1988. He would fail a drug test three years later. Photo: @AstonishingPix | Twitter

By early 1990 you could see the toll that Maradona’s lifestyle was having on his physical being. This free kick against U.S. Cremonese, scored on February 4, 1990, shows a clearly overweight Maradona conjuring up a final piece of magic during Napoli’s second ever Italian championship.

Things continued on a downward spiral from there. The 1990 World Cup kicked off in Italy only a few months later with Maradona looking to repeat his heroics of 1986.

Unfortunately for “El Pibe de Oro”, this World Cup would see him remembered for failing to score in seven matches, admitting to having offered Brazilian defender Branco water spiked with tranquilizers during their Round of 16 game and admonishing Neapolitans for supporting Italy rather than Argentina before their semifinal matchup.

Returning to action with Napoli, Maradona would subsequently fail his first drug test in March of 1991, earning a 15-month ban and a disgraceful exit from Italian football. 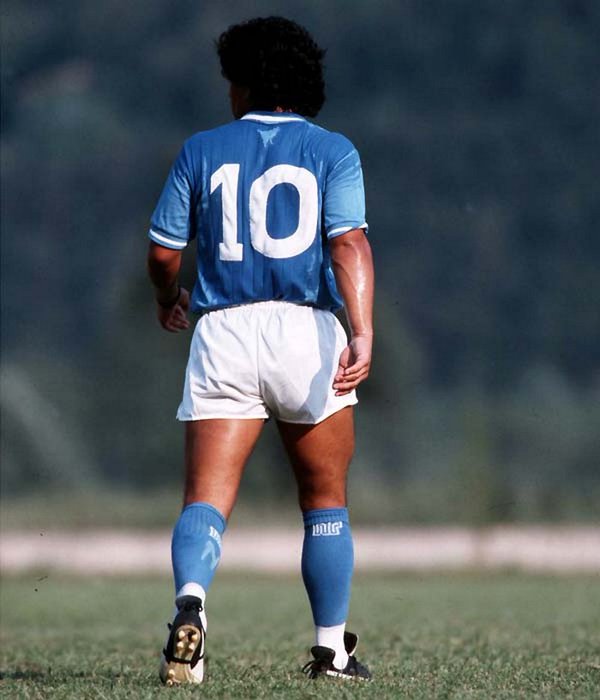 After serving his ban and returning to Argentina to play for Newell’s Old Boys, Maradona embarked upon a remarkable renaissance with the Argentinean national team. Keen to silence his critics and prove that he could still play the game at the highest level, Maradona helped Argentina overcome a spirited Australian side in a crucial 1994 World Cup qualifying playoff.

Before the deciding second leg in Buenos Aires, Maradona and his teammates consumed a little pick-me-up: “What happened is that to play against Australia we were given a speedy coffee,” Maradona later revealed. “They put something in the coffee and that’s why we ran more.”

Argentina defeated Australia 2-1 on aggregate and qualified for the 1994 Finals in the United States. Now 33-years-old, Maradona helped Argentina come flying out of the gates during the group stage.

He finished off a brilliant Argentinean attack with a fine shot during Argentina’s 4-0 victory over Greece. Not even nine days later, on the cusp of their final group match against Bulgaria, Maradona was kicked out of the World Cup finals and banned for 15 months after testing positive once again.

“Maradona must have taken a cocktail of drugs because the five identified substances are not found in one medicine,” said Michel d’Hooghe, a doctor and member of FIFA’s executive committee.

“They have retired me from soccer,” claimed Maradona. “I don’t think I want another revenge, my soul is broken.”

But Maradona was once again to attempt a comeback. Playing for Boca Juniors in Argentina’s Primera Division, a 36-year-old Maradona scored a penalty against Argentinos Juniors in the first match of the 1997 Argentine league season.

After the game his number was pulled out of a bag to undergo a random drug test. He protested vehemently, claiming that the test wasn’t random at all but an attempt to target him based on his history.

When the results returned, Maradona tested positive for prohibited substances for the third time.

Having won the FIFA World Cup, two Serie A titles, the UEFA Cup and having captured FIFA’s awards for Player of the Century and Goal of the Century, it’s difficult to imagine Maradona accomplishing much more in his playing career.

Yet in a revealing interview for the 2008 film Maradona by Kusturica, Maradona says, “Do you know what kind of player I would’ve been if I had not used cocaine? What a player we’ve lost! I have a sour taste in my mouth because I could have been a lot bigger! I assure you of that! I knew who I was going to be, what I didn’t know was that I was going to take cocaine.”