El Clasico Highlights The 5 Matches You Should Watch This Weekend 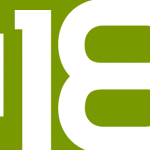 Nate Axvig April 1, 2016
Barcelona and Real Madrid meet for 2016's first edition of El Clasico. And some other stuff.

As promised, my prediction hot-streak ground to a halt as I was only a Sporting KC victory away from a goose egg. I predict more of the same this week as league play fires up after the international weekend. Everyone will be watching the happenings at Nou Camp but there are pivotal matches throughout Europe and in the Western Hemisphere that promise to be fantastic. The five best of the weekend are:

Barcelona’s gigantic Nou Camp will be filled to its 99,354-person capacity on Saturday when the biggest rivalry in club soccer is renewed for the 264th time. If background is what you want, check out this excellent analysis of both managers.

The present clasico matchup is dominated by the offensive trios of Messi-Suarez-Neymar and Bale-Benzema-Ronaldo, but both Enrique and Zidane will look to their defenses to turn the tide. Los Blancos will lean on Sergio Ramos while Barca rely on the guile of Pique and the speed of Dani Alves and Javier Mascherano to clear the area in front of keeper Claudio Bravo.

Barcelona leads their rival by 10 points in the table with eight matches remaining so the focus of the Madrid side will not be on the league but, more likely, on exacting some revenge for the 4-0 drubbing Barca laid on them in the Spanish capital last November.

A great appetizer to El Clasico is Spurs trip to Anfield to face Jurgen Klopp and Liverpool. Tottenham needs all three points to stay within striking distance of Cinderella and will look to the combo of Harry Kane and Dele Alli to stretch the Reds back four. Klopp’s team could press for a European berth, but they cannot have any further lapses like their last league match which saw them jump out to a 2-0 lead on Southampton only to see the Saints score three in a row.

Prediction: Kane scores and the Spurs stay close to Leicester, 1-0.

Speaking of Leicester and Southampton, the two sides face off Sunday at the King Power Stadium. Leicester looks to build on their five-point lead over Tottenham while a win by Southampton would draw them square with West Ham and Manchester United for the guaranteed Europa berth.

As always, Leicester will look to Jamie Vardy and Riyad Mahrez to push the issue but it has been their defense led by Robert Huth and Wes Morgan that has kept the Foxes at the top of the table over the past few months. Soton’s keeper Fraser Forster has been in great form and is coming off a start for the English National team. Forster will need to be clicking to keep a clean sheet against the Prem’s second-highest-scoring team.

Prediction: Leicester takes another step towards the title, 2-0.

The biggest match in Germany this weekend pits third place Hertha against fifth-place Gladbach in a tie with serious European consequences.

American defender John Brooks hopes to play for Hertha as they look to solidify their hold on a Champions League berth. Brooks, who suffered a knee knock against Ingolstadt on March 19th, spent the International break flying back and forth to the Western Hemisphere without actually playing.

Gladbach enters the fray with their own injured American as Fabian Johnson will be a gametime decision with a groin injury suffered in Borussia’s 2-1 loss to Schalke on March 18th. Gladbach will need Johnson, their third-highest scorer, if they are to threaten for a Champions League position. With seven league games remaining, Gladbach trail Schalke by two points for the final Champions league spot.

Prediction: Gladbach claws itself back up the table, 2-1.

South of the border, league leaders Monterrey travel to fourth place Leon on Saturday night in the game of the week in Mexico. Monterrey will look to return to their winning ways after Chivas pushed them around 3-1 in their last league match. The league leaders sport a balanced attack led by Rogelio Funes Mori, Carlos Sanchez and Edwin Cardona.

Leon have only one win in their last six matches in all competitions but could find themselves in second place in the topsy-turvy Liga MX with a win on Saturday night. Leon will need captain Mauro Boselli to score for that to happen.