Looking For The Next Croatia? Hint: You Don't Have To Look Far 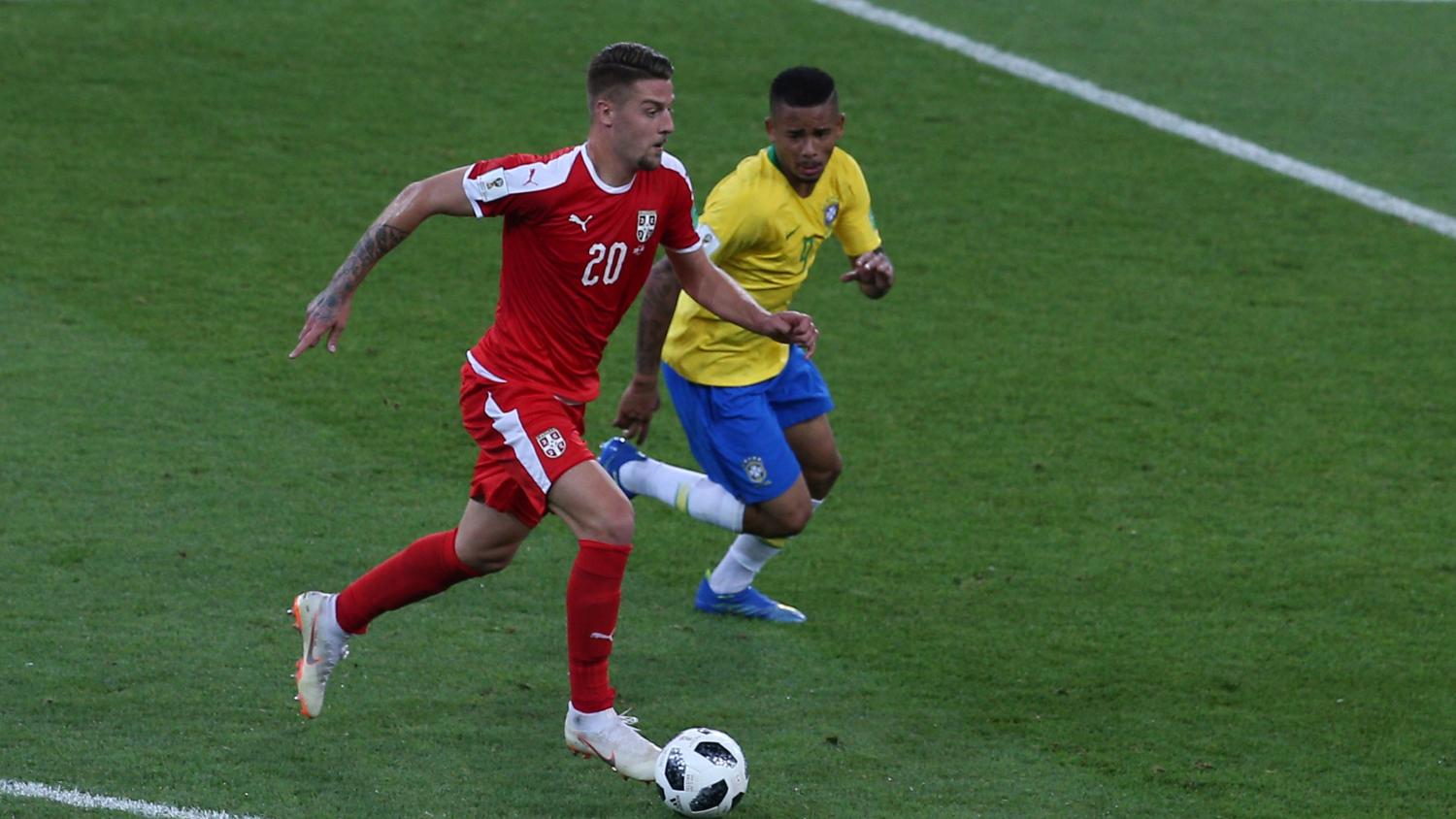 Croatia's longtime political adversary and neighbor to the east has the potential to make a dream run of its own at the 2022 World Cup.
Shutterstock

Croatia shocked most of the soccer world with its run to the World Cup final, although we here at The18 saw it coming. In order to prove that was no fluke, I'm doubling down on my bold World Cup predictions, this time four years in advance of the tournament instead of one. If you're wondering who the Croatia of the 2022 World Cup will be, you don't need to look any further than their neighbor (and historical rival) to the east.

Yes, the 2022 World Cup is four years away, and the controversy surrounding Qatar winning the bid isn't going away anytime soon. Nonetheless, oddsmakers have begun taking futures bets on the winner. And although Croatia is earning more respect this time around, the casinos are yet again underrating a Balkan nation.

At William Hill Casino you can place a bet on Serbia to win the 2022 World Cup at 250-1. Some books have the Serbs listed as high as 80-1, but that's still a bargain. After a disappointing exit from the group stage of the 2018 World Cup, Serbia will come back with a vengeance in four years.

There are many similarities between Croatia's 2018 team and what is shaping up to be Serbia's golden generation.

Croatia's success all started with Golden Ball winner Luka Modric in the midfield. Serbia has its own world-class, box-to-box midfielder waiting in the wings. Still just 23 years young, Sergej Milinkovic-Savic will be squarely in his prime when he captains Serbia in Qatar.

Transfermarkt currently lists Milinkovic-Savic as the most valuable center midfielder in the world alongside Paul Pogba. All of the world's biggest clubs have the Lazio man on their radar, but prying him away will likely require a nine figure sum. By the time the 2022 World Cup rolls around, Milinkovic-Savic will be competing in the late rounds of the Champions League for a mega club, earning equally rave reviews for his playmaking and defensive work.

Of course, Modric didn't lead Croatia to glory alone. Barcelona's Ivan Rakitic was an essential sidekick that cemented Croatia's dominance in the center of the pitch. Although Milinkovic-Savic likely won't have a midfield partner of Rakitic's quality, Serbia nonetheless boasts a formidable crop of young center midfielders.

Liverpool's 22-year-old midfielder Marko Grujic will eventually replace Nemanja Matic in Serbia's starting XI. Jurgen Klopp has no place for Grujic in his revamped squad, but Cardiff City is set to re-sign him on loan after he provided the newly promoted side with a vital push during the second half of last season.

Evaluating the contributions of Grujic in the 2022 World Cup requires a silly amount of projection, but he has the potential to grow into a starting midfielder for a top club in Europe. Remember that the 30-year-old Rakitic honed his craft at Schalke and Sevilla before making the leap to Barcelona in 2014. Serbia can hope that Grujic follows a similar trajectory.

If Milinkovic-Savic and Grujic anchor the midfield in a 4-2-3-1 formation, that leaves the attacking role for uber talented 18-year-old Armin Djerlek to claim.

The Guaradian compared Serbia's most promising teenager to Eden Hazard last year. Since then, Djerlek made his senior debut in the Serbian SuperLiga with Partizan, winners of the 2018 Serbian Cup. By the time the 2022 World Cup begins, Djerlek will be a key player for a much bigger club than Partizan.

Croatia's midfield triangle of Rakitic, Modric and Marcelo Brozovic was the linchpin of its success in Russia. Milinkovic-Savic, Grujic and Djerlek have the potential to give Serbia a similar advantage four years from now.

The similarities don't end in the midfield, however. Where Mario Mandzukic provided Croatia with a natural striker, Fulham's Aleksandar Mitrovic is evolving into an elite goalscorer himself.

Inter Milan's left winger Ivan Perisic got stronger as the World Cup went on, and his quality was on full display when he netted Croatia's equalizer against France. Enter Serbia's 22-year-old winger Andrija Zivkovic, currently honing his craft with Benfica. Zivkovic played in Serbia's final group stage match against Brazil, and he's yet another Serbian player dripping with potential.

Finally, Croatia's center back pairing far exceeded expectations at the 2018 World Cup. After Croatia made the semfinals, Dejan Lovren claimed to be one of the best centerbacks in the world, and the media gave him a pass. It was in fact Domagoj Vida of Besiktas who impressed most for Croatia. But the key was having a centerback pairing playing greater than the sum of its parts.

Serbia has its own centerback pairing that could surpass Lovren and Vida's quality. Werder Bremen's Milos Veljkovic (22) and Fiorentina's Nikola Milenkovic (20) have time to develop before leading Serbia's defense at the 2022 World Cup.

Finally, what is most intriguing about this generation of Serbian players is its track recrord of international success at the youth level. Milinkovic-Savic, Zivkovic, Grujic and Veljkovic all featured in Serbia's 2015 U20 World Cup victory, which was capped by knocking off Brazil 2-1 in the final.

Veljkovic also teamed up with Mitrovic two years prior for Serbia's U19 Euro title run. Though not to be fully trusted, youth team results can often serve as a harbinger of senior team success. After all, France won the 2013 U20 World Cup, and its senior team arrived at the World Cup podium well ahead of schedule.

Save for Olivier Giroud and Blaise Matuidi, France could return the rest of its starting XI and square off against another small Balkan nation for the 2022 World Cup title. Serbia would gladly accept the proposition, with the caveat of a rewrite of the final scene.