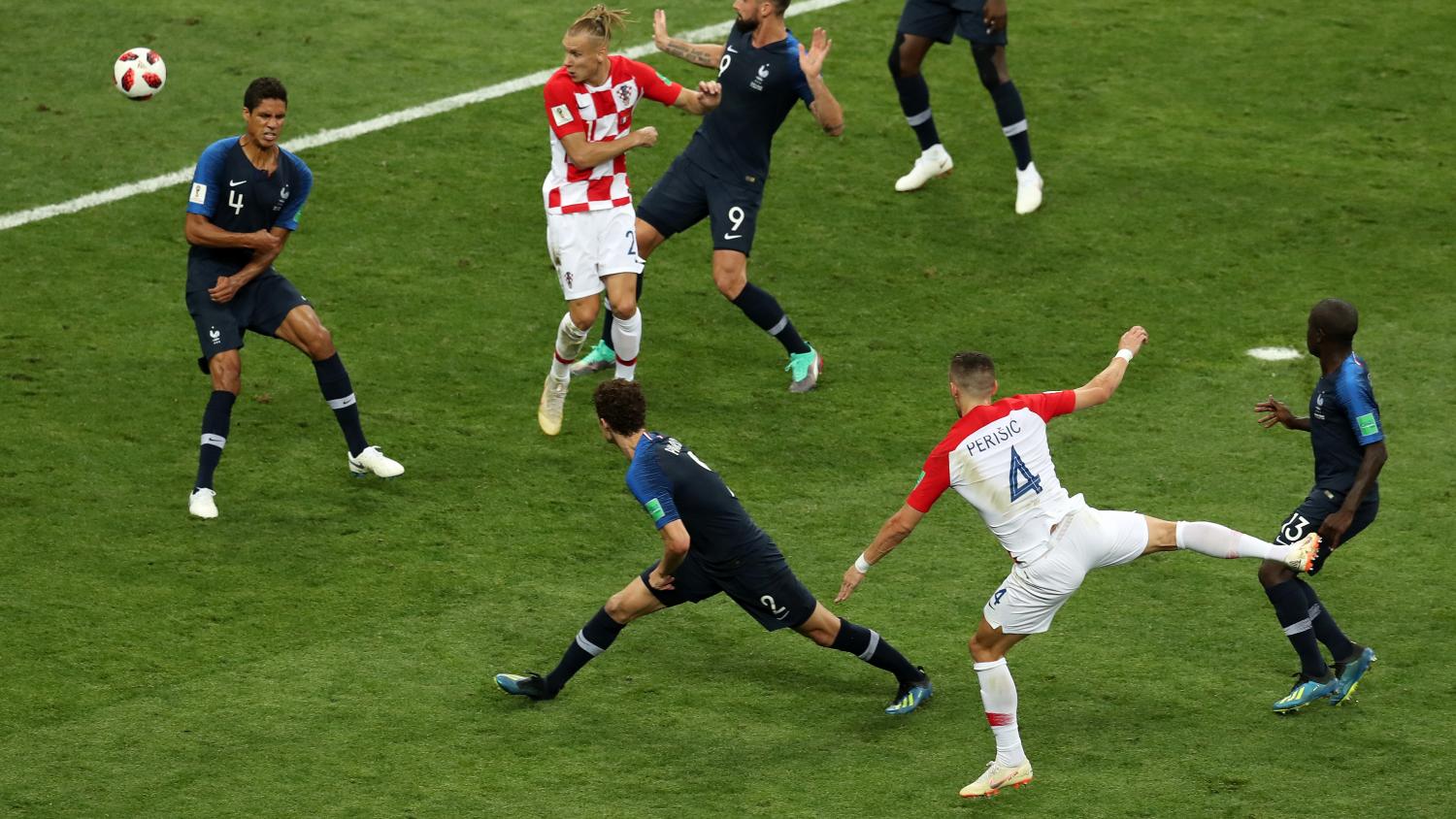 Ivan Perišić canceled out an early own goal to make it 1-1 in the World Cup final.
Getty Images

N’Golo Kanté is, in many respects, the best defensive player in the world because of the amount of turf the midfielder covers, combined with his tactical acumen, speed and tackling ability. But the Ivan Perišić goal vs France made Kanté look like a schoolboy.

Croatia went down 1-0 after an unfortunate own goal from Mario Mandžukić, which followed a slip from Antoine Griezmann to earn a free kick. But Croatia is no stranger to coming from behind and immediately took it to France seeking an equalizer.

It took just 10 minutes for the Blazers to tie it at 1-1, with the Perišić goal vs France coming in the 28th minute off a well-worked set piece. Luka Modrić played a ball wide that was headed back into play. After the ball bounced around a bit, Domagoj Vida knocked the ball back to Perišić — what happened next will haunt N’Golo Kanté for the rest of his life.

Perišić, with one deft touch, completely took Kanté out of the play before lashing in a perfect left-footed shot into the side netting for a brilliant equalizer.

The Perišić goal vs France was Croatia’s first in a World Cup final and was more proof that this is one of the greatest World Cups ever.

Unfortunately for Croatia, Griezmann equalized from the spot 10 minutes later to take a 2-1 lead into halftime in the World Cup final.

Penalty in the #WorldCup final?
It's nothing for Antoine Griezmann

Fortnite at the #WorldCup final. What a time.pic.twitter.com/vrGhRIiLYF
Via: @TelemundoSports