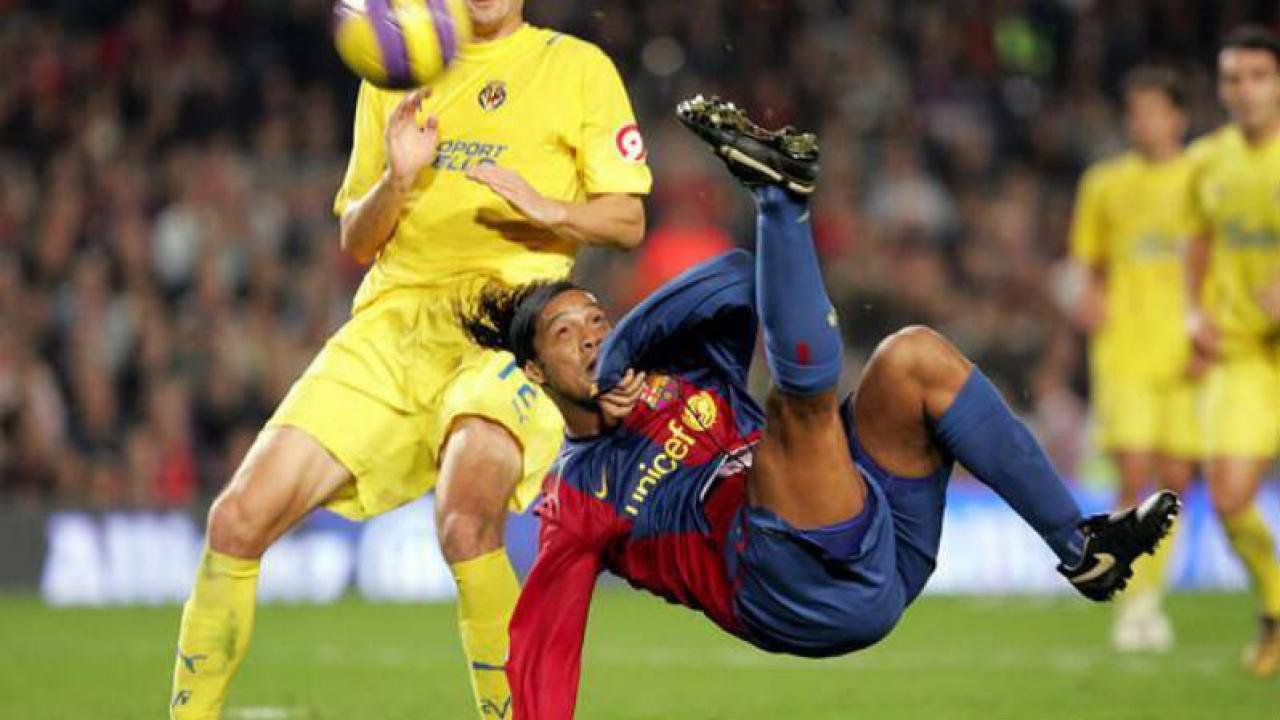 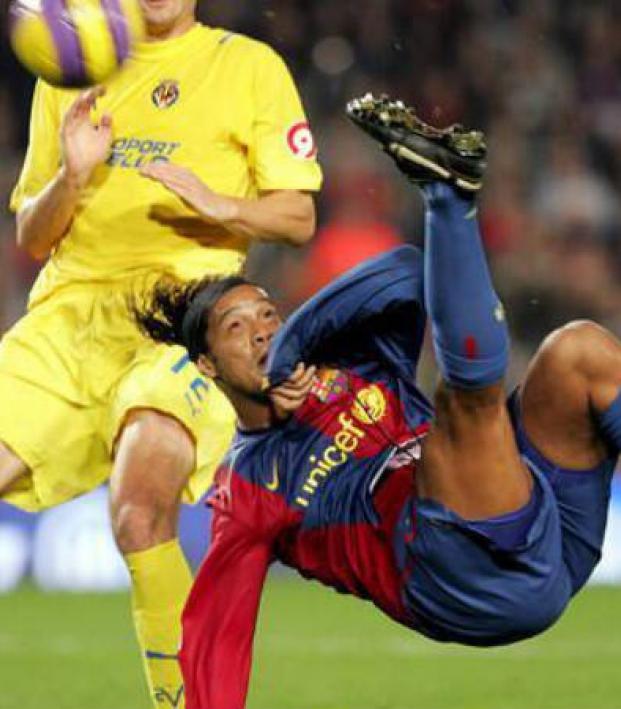 The 5 All Time Greatest Ways To Score

Ivan Anich September 8, 2014
Everyone knows not all goals were created equal. Now we're going to show you just how much more not equal they can be.

Soccer is a game of possibility. You never know what's going to happen next. Goals can be scored in so many different ways, and not all goals were created equal. So, let’s take a look at what separates mere goals from legends.

Oh how you tease me, ball in the air. How I have felt you rocket off my foot absolutely perfectly…only to fly 30 yards over the bar.

Well, for those of us lucky enough to be able to score on a single goal - and not three stacked on top of each other - the feeling of catching a volley just right must be a moment of pure bliss. We are not sure when Maxi Rodriguez knew he scored, but we have a feeling his foot told his brain, and not the other way around.

Striking a ball so sweetly can be an edifying experience, for fans and players alike. At least once or twice a game, a volley like the one converted above is attempted by a player. They usually mess it up, and, consequently, are often the victim of whistling and taunting from rival fans, as well as frustrated groans from supporters of their own. But they keep on trying - they always will - because the pay-off is so great.

When a volley flies as true as Maxi’s, it's like the game is crying out, “You see? This is what happens when you dare!” All the bad attempts, all the missed passing opportunities, all that washes away in a single statement of play that screams IT CAN BE DONE!

This is the kind of goal that makes you think - out of an entire stadium of fans losing their sh*t - somewhere, somehow, someone’s face literally just melted off. With all apologies to Borussia Dortmund, this is heavy metal football. The sheer power of a shot like this is audible throughout the entire stadium. The clang of the ball hitting the cross bar, the thump of it smashing into the ground.

The split second between those two sounds is a moment that enraptures the crowd. They are caught in suspense. They don’t know if they just witnessed the second coming, or coming in second. The emotional payoff is extraordinary. You can feel the crowd going bananas.

Look closely at about 0:14 in the video, that guy? In the fancy suit? Strolling away from the pitch with his hands on his head in disbelief? That’s then-Barcelona-Manager, Frank Rijkaard, who is no stranger to great goals. You can’t see his face, but if we had to conjure up a guess, we’d say it looked something like this:

Being good at dribbling helps you score goals. Dribbling around the goalie before scoring helps you become a bad-ass m*****f*****.

Not that we would know from experience, but it must be immensely satisfying to dribble past the opposing player who is supposed to be the best at not allowing the ball to go past them: the goalie. Our only evidence of this, of course, is how immensely satisfying it is to watch (that, and there’s these cool things called mirror neurons in our brain that let us live vicariously through the actions of others). And boy, does Suarez seem to be satisfied.

The cheek to even attempt to go around the goalie - instead of firing off a shot at the first opportunity - is world class. You have to balance your options in a split second: keep it kosher and fire away with the chance your shot will be saved, or okey doke the keeper and roll the ball between the posts like it's just another day in the park. I’d say Suarez made the right choice.

4. The Bicyle Kick (Of Course)

These finishes are so unorthodox that you can’t help but wonder about the circumstances that brought about the first-ever bicycle kick: a floated ball, coming in about head-high; a player of remarkable confidence; liquor of remarkable potency.

Regardless of its beginnings, the bicycle kick has become the pinnacle of shooting technique. There is no harder way to score a goal.

The levels of agility, technique, and anticipation - not to mention completely disregarding heading the ball - needed to pull off the feat are sky high, and, because of this, each successfully converted bicycle kick is a goal of the season candidate, by default.

Goals like this are a tradition unlike any other. The entire team acts as a unit, despite each individual player expressing himself through his touch on the ball. This move has everything that a player would want: body fakes, back-heel passes and technical flicks, possession and, of course, the finish. Every single player on Argentina is excited when they score this goal — even the defenders 60 yards out— and for good reason.

Team-play goals are manifestation of the sporting ideal that a team should be a total greater than the sum of its parts. That is why, as Martin Tyler so eloquently points out, Esteban Cambiasso didn’t just score the goal, he had “the honor of finishing [the move] off.” It is a masterpiece that shows why soccer is the beautiful game, the game of the people.

When we watch soccer, this is the kind of goal we want to see. Goals like these had people comparing Barcelona's level of play under Pep Guardiola to some kind of spiritual enlightenment. To achieve the connection that must be present among teammates for these goals to happen is a great feat. The goals, even greater.