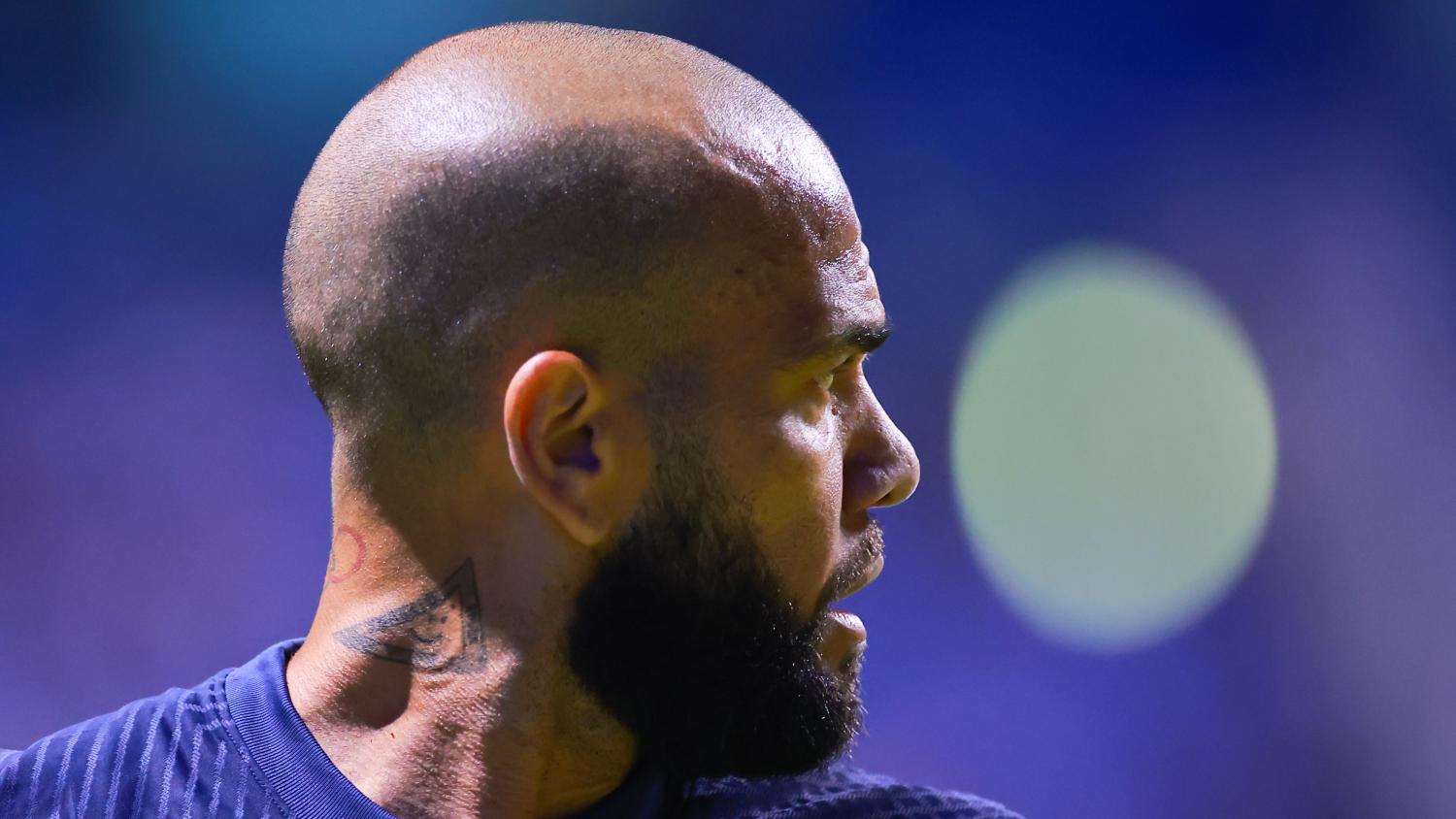 New details of a sexual assault accusation against Dani Alves emerged over the weekend.

The Brazilian player was jailed on remand without bail last Friday following the testimony of a woman who accuses him of raping her in the bathroom of a well-known nightclub in Barcelona.

Here are some of the revelations.

The testimony of the victim

Before Alves' arrest, parts of the testimony were already available. The most shocking part stated that the woman was accusing the player of touching her under her clothes without consent, but according to reports published by El Periódico, that's not the worst.

In the complaint against Alves, the victim says the Brazilian stood behind her and her friends, unleashing a series of improper actions: "He was grossing me out. He took my hand and placed it on his penis. I took it off."

Then, Alves took the woman to a private bathroom, where — according to the victim — he forced her to perform oral sex, slapped her and then penetrated her.

Alves and the woman were in the room 15 minutes, where there were no cameras for privacy reasons. She was seen leaving the room in tears. Minutes later, she also went to a hospital to verify her injuries. The medical report is part of the investigation.

Spanish newspaper El País reported on Sunday that sources close to the investigation said the 23-year-old woman accusing Alves doesn't want economic compensation from the player if he's found guilty. She only wants justice to be served with prison time for the Brazilian.

Alves has changed his statement at least two times

A member of Alves' defense team admitted to Globo Esporte in Brazil that the player changed his testimony twice, which was crucial in the decision to keep him jailed.

In his first declaration, Alves said he didn't know the victim and denied any sexual act or wrongdoing. Later, the player recognized he had sex with her but remarked it was consensual.

According to Spanish media, there's a third statement in which he says she initiated the intercourse by throwing herself at him. Alves added he didn't want to mention that before in an attempt to "protect her."

Hours after Alves was jailed in Spain, Mexican club Pumas decided to terminate the player's contract.

Alves arrived at the club last July as one the best-paid players in Liga MX. How much money he was earning was not clear until some documents that are part of the sexual assault accusation came to light. According to those papers, his salary was over $330,000 a month and nearly $4 million a year.

If Alves is found guilty, he could spend a long time in jail. Depending on the level of the abuse, under the Spanish legal system he could face between four to 12 years imprisoned.