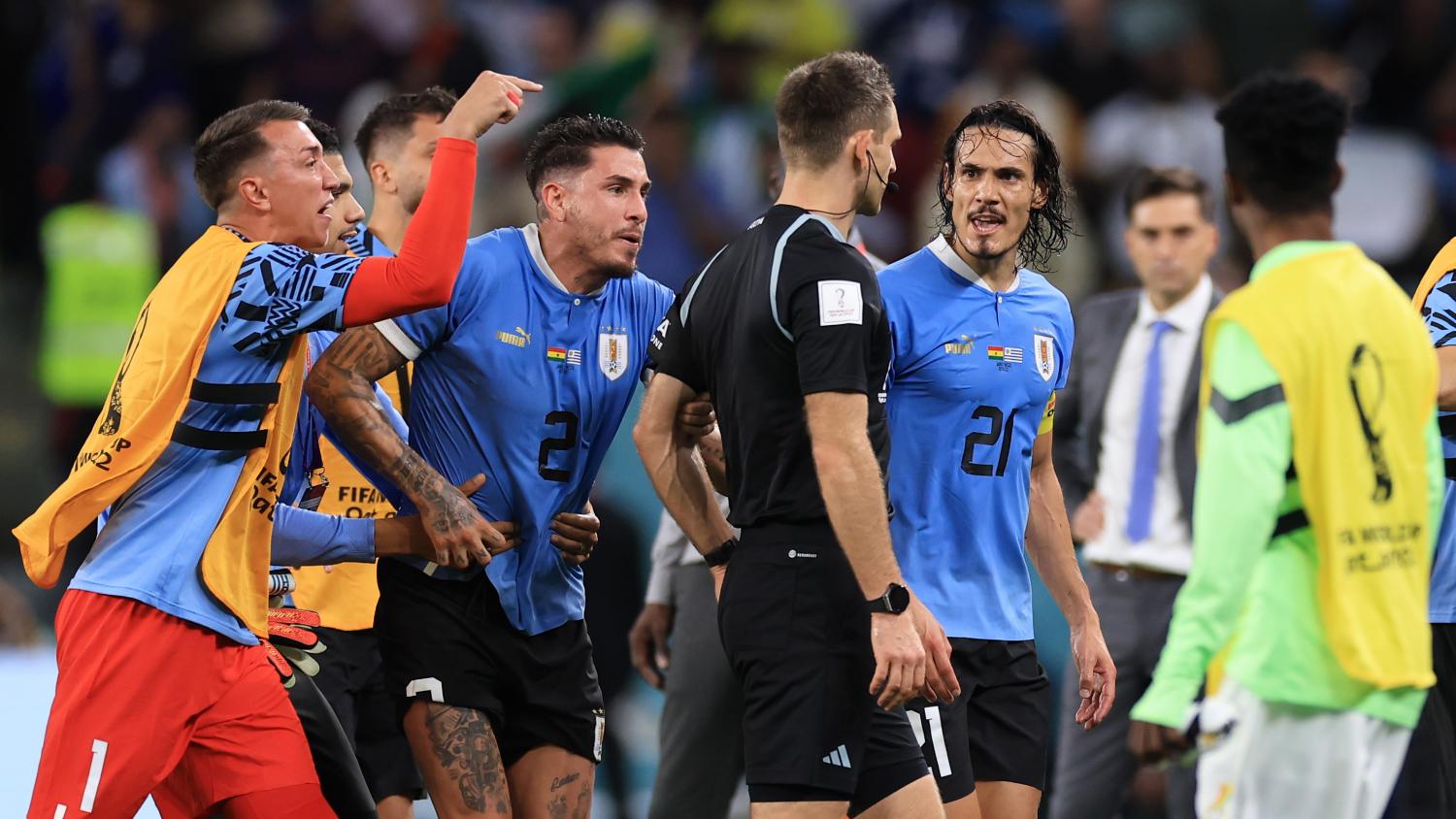 La Celeste claims that some controversial calls from the official left them out of Qatar.
Getty Images

Uruguay is out of the World Cup, and for them, there is one and only culprit: German referee Daniel Siebert.

La Celeste beat Ghana 2-0 in their last group game, but a late South Korean goal against Portugal saw the Asian team advance to the Round of 16 on more goals scored during the group stage.

So, what's the problem with Siebert?

Well, if you believe the Uruguayans, you would probably say that he invented a penalty against them and didn't call two in their favor. And those two PKs not called could have sent the CONMEBOL team to the next round.

Uruguayan players were so mad with the whole situation that when Siebert blew the final whistle, they followed him to the tunnel, yelling at him, probably accusing him of ruining their World Cup dream.

Uruguay players follow the game officials into the tunnel after the final whistle pic.twitter.com/bVCIXKM2RW

In Telemundo broadcasting, former Uruguayan internationals Sebastián Abreu and Diego Forlán were also fuming, saying it was "a robbery" and suggesting "an invisible hand" was trying to hurt them on purpose.

The conflict with Siebert started early, in the 20th minute, when the official – assisted by VAR – called a foul over Mohammed Kudus as a penalty.

Ghana is awarded a penalty after this foul pic.twitter.com/ZErIJFsXk5

With 0-0 on the scoreboard, people immediately thought that Ghana would have an opportunity to take revenge on the penalty they missed in the 2010 World Cup after an infamous handball from Luis Suárez, which ended up with the Black Stars out in the quarter-finals.

In Uruguay, nobody could believe the call, accusing Kudus of diving and Siebert of not having the proper criteria to discern. So when Andre Ayew missed his shot from the spot, players like Federico Valverde celebrated the outcome of the sequence by yelling, fists closed, at Siebert's face.

Valverde was lucky to remain on the field after that.

Things seemed to come back to normal after Giorgian de Arrascaeta scored a brace for Uruguay. And moreover, knowing that, at the same time, Portgual was 1-0 over South Korea.

However, after South Korea equalized, the nervousness returned.

Uruguay players knew they needed a more significant goal difference to avoid late surprises. That's when the problems with Siebert arose again. According to the Uruguayans, he should have called a foul against Ghana on Darwin Núñez and another over Edison Cavani.

Uruguay calls for a penalty on this challenge in a box, but none is given by the referee pic.twitter.com/RiYUqxhm2A

But after reviewing both in VAR, he ended up dismissing them.

The water was simmering, but it boiled when South Korea scored the winning goal against Portugal. Knowing that the result meant an early exit, the Uruguayan player lambasted the ref, who undoubtedly is going to write a report that could end in sanctions for those involved, including Edison Cavani, Fernando Muslera, José María Giménez and Diego Godín.