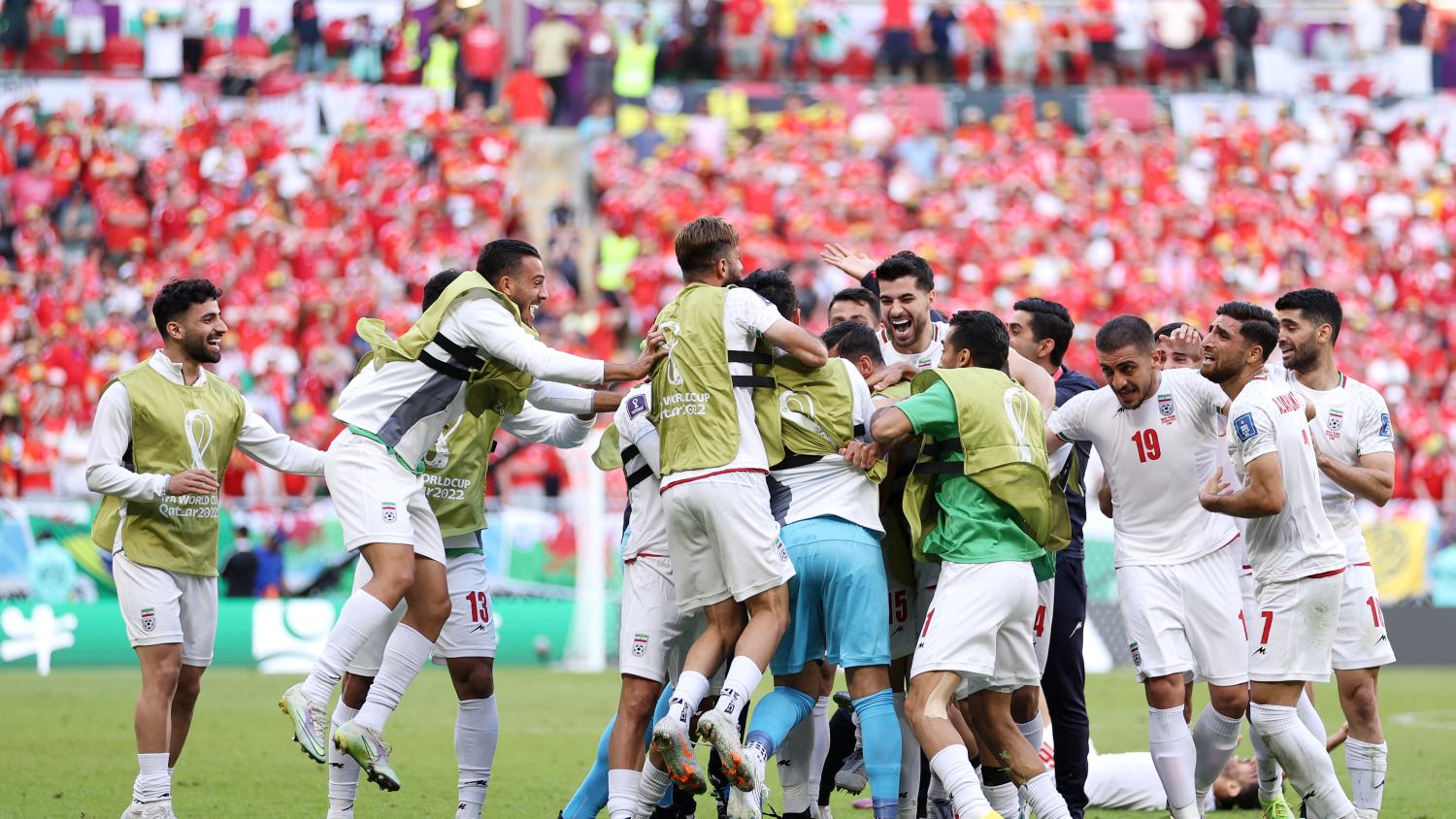 The Iran national team proved to the world the talent it possesses with an incredible 2-0 victory vs. Wales on Friday. Iran’s goals came in the 99th and 101st minutes after dominating the Dragons all game.

The Wales national team looked atrocious, disjointed and unlike themselves as they were completely outplayed against Iran. Iran hit both posts in the game, forced great saves out of Welsh goalkeeper Wayne Hennessey (who was shown a red card in the 86th minute) and found the win at the end.

It was the substitute Rouzbeh Cheshmi who had a fantastic strike from 25 yards out to find the winner.

WHAT A MOMENT FOR IRAN pic.twitter.com/nJBvBTkNqW

Wales pushed to find an equalizer but that ultimately left them vulnerable as they conceded again three minute later. Ramin Rezaeian was the goal scorer.

ANOTHER ONE FOR IRAN

The two late goals ended an emotional day for Iran. The game started with some Iran players singing the national anthem while supporters booed and whistled. A couple fans even showed up with shirts to protest the atrocities taking place in the country.

The Iran National Anthem plays at the FIFA World Cup ahead of their matchup vs Wales pic.twitter.com/T4ilXEAN9k

Iran fans booed and whistled their own national anthem against Wales. pic.twitter.com/zwa76NWFdc

One of the biggest moments of the game was the red card to Hennessey. In the 84th minute Mehdi Taremi had a breakaway opportunity but was flattened by the Welsh goalkeeper nearly 30 yards away from goal.

The referee originally gave Hennessey a yellow card, but a VAR review changed the card color to red. This was the first red card of the 2022 World Cup.

A red card is given to Wayne Hennessey after this challenge pic.twitter.com/frfbiOt0we

After a VAR check, the goal doesn't stand for Iran

Things are still level at 0-0 in the first half pic.twitter.com/ZMs7s77nmh

How did Iran not score here?! pic.twitter.com/aTRRt65B4R

So close for Iran pic.twitter.com/i9YFTmLXWm

Another big chance for Iran!

Will they score before the final whistle? pic.twitter.com/jeyLC85BdK

Despite Iran outshout Wales 21 to 10 the game looked certain to finish goalless until Cheshmi’s heroics in the final minutes.

What does this result mean for the USA?

Group B is now a free for all with the group looking like this.

The result between Iran and Wales is an interesting one to process. A Wales victory vs. Iran by a large margin was the worst-case scenario for the Stars and Stripes. Iran winning isn’t fantastic either. The ideal scenario was the 0-0 draw that looked to be happening.

The USA winning vs. England is the dream, but now the USA must defeat Iran if the Americans lose OR tie against the Three Lions.

In all honesty you need to win a game to get out of the group so I’m not sure why I’m freaking out about this.

If the USA loses to England as the experts predict then Group B will shape up like this going into the final day of group play.