The USA advances from Group B — 3 biggest takeaways from narrow 1-0 victory vs. Iran 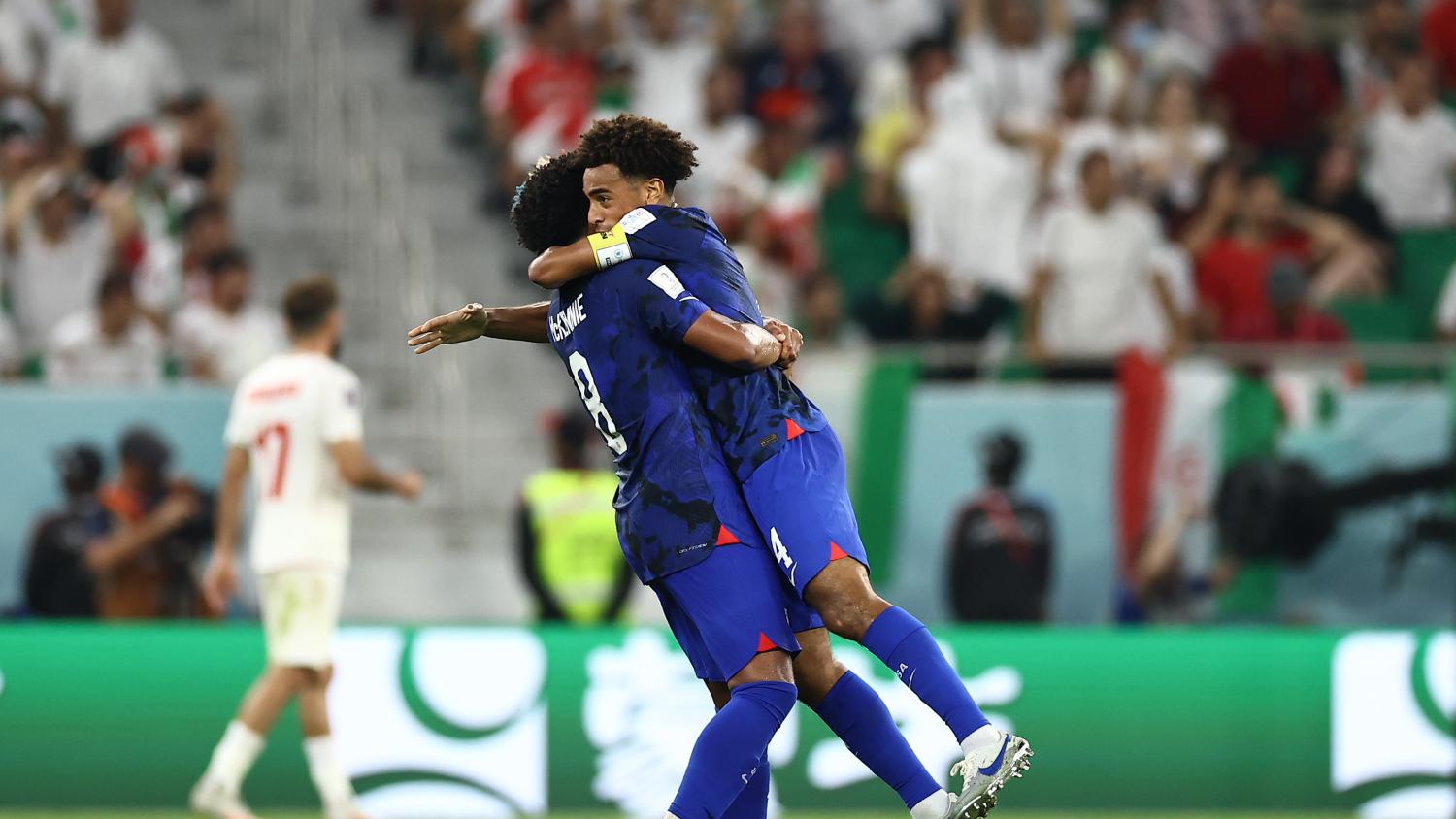 The United States men’s national team triumphed against Iran with a nervy 1-0 victory on Tuesday to clinch a Round of 16 game against the Netherlands. The USA gave American fans several heart attacks along the way, but this is a massive accomplishment for the team.

The USA grinded out a tough one but ultimately came out on top. The magic moment came from none other than Christian Pulisic who put his body on the line to score the game-winner.

NOTHING WAS STOPPING PULISIC FROM SCORING

Take another look at his first-ever FIFA World Cup goal for the @USMNT pic.twitter.com/s6tKehRLg2

It looked like Timothy Weah had made it 2-0 before the half, however his goal was called back for a tight offside call.

An offside call rules out a potential second goal for the USMNT pic.twitter.com/mKGnvpQi0m

This close to a 2nd for USA pic.twitter.com/Wwb1UZxajj

Josh Sargent would also have to be removed from the game due to injury in the second half after an awkward landing that could have had an impact on his ankle and knee.

Ultimately the USA prevailed after a nerve-wracking nine minutes of stoppage time.

THE @USMNT IS MOVING ON pic.twitter.com/hPTG4uBsJA

Let’s get into these three takeaways.

Cameron Carter-Vickers could start over Zimmerman

Tuesday’s game proved that there's some quality depth at center back for the Stars and Stripes. Head coach Gregg Berhalter made the bold move to start Cameron Carter-Vickers over usual starter Walker Zimmerman.

CCV played lights out and might have secured a starting role in the Round of 16. The Celtic defender completed 49 of his 50 passes, had two interceptions, won five aerial duals (the most of any player in the game) and showed confidence in the back line.

He and Tim Ream, who is in the form of his life, limited Iran from having any quality chances. This center back duo against Holland would be very interesting to see.

The extent of the injuries to Pulisic and Sargent aren’t yet known. What is known is that the USA No. 10 had to go to the hospital for an abdominal scan and said he will be ready for Saturday.

He will only have four days to recover if he’s going to play against the Dutch. An abdominal tear is the worst-case scenario but it’s too early to make those kinds of assumptions.

Sargent’s injury could be the knee, ankle or both. His landing while trying to get past an Iran player couldn’t have been more awkward. The still shot of him landing speaks for itself.

These two have been key for the USA so far. Pulisic has assisted and scored a goal at this World Cup while Sargent played a key role in the buildup to the goal against Wales.

Losing either of these two would be a massive blow.

At this moment in time the best thing to do is celebrate and not be cynical. At the same time questions must be asked about Berhalter’s maddening substitution decisions.

Against Wales he made the shocking move to put on Jordan Morris ahead of Gio Reyna, when the USA played England he made the changes too late and on Tuesday he went extremely defensive.

Berhalter’s biggest decisions on Tuesday were not letting Reyna play vs. Iran and putting both Zimmerman and Shaq Moore on in the 82nd minute.

The18 gave player ratings for the Iran game and highlighted how the USA’s performance dropped off after the two substitutes.

I hate to be negative nelly, but Moore shouldn’t see the field again in this World Cup. He has had horrendous cameos against England and now Iran. Moore loses possession, gifts the ball back to opponents and offers nothing on the offense. He simply doesn’t belong in a World Cup game. A guy like Joe Scally deserves a chance to play over Moore.

There’s also now a third chapter in the Reyna-Berhalter drama. After the first game against Wales, Berhalter claimed Reyna wasn’t fit which the Dortmund star denied. Then against England, Reyna was substituted into the game far too late.

On Tuesday Weah played his worst game of the World Cup yet. It looked like Reyna was poised to come into the game to be a menace to the Iran defense for the final 20ish minutes. Instead Berhalter turtled and went ultra-defensive.

The move might have worked out against Iran, but a team as talented as the Netherlands will torch the USA.

What on Earth is going on between Berhalter and Reyna?

The USA will play the Netherlands at Khalifa International Stadium on Saturday, Dec. 3 at 10 a.m. ET. The game will be shown on FOX and Telemundo.