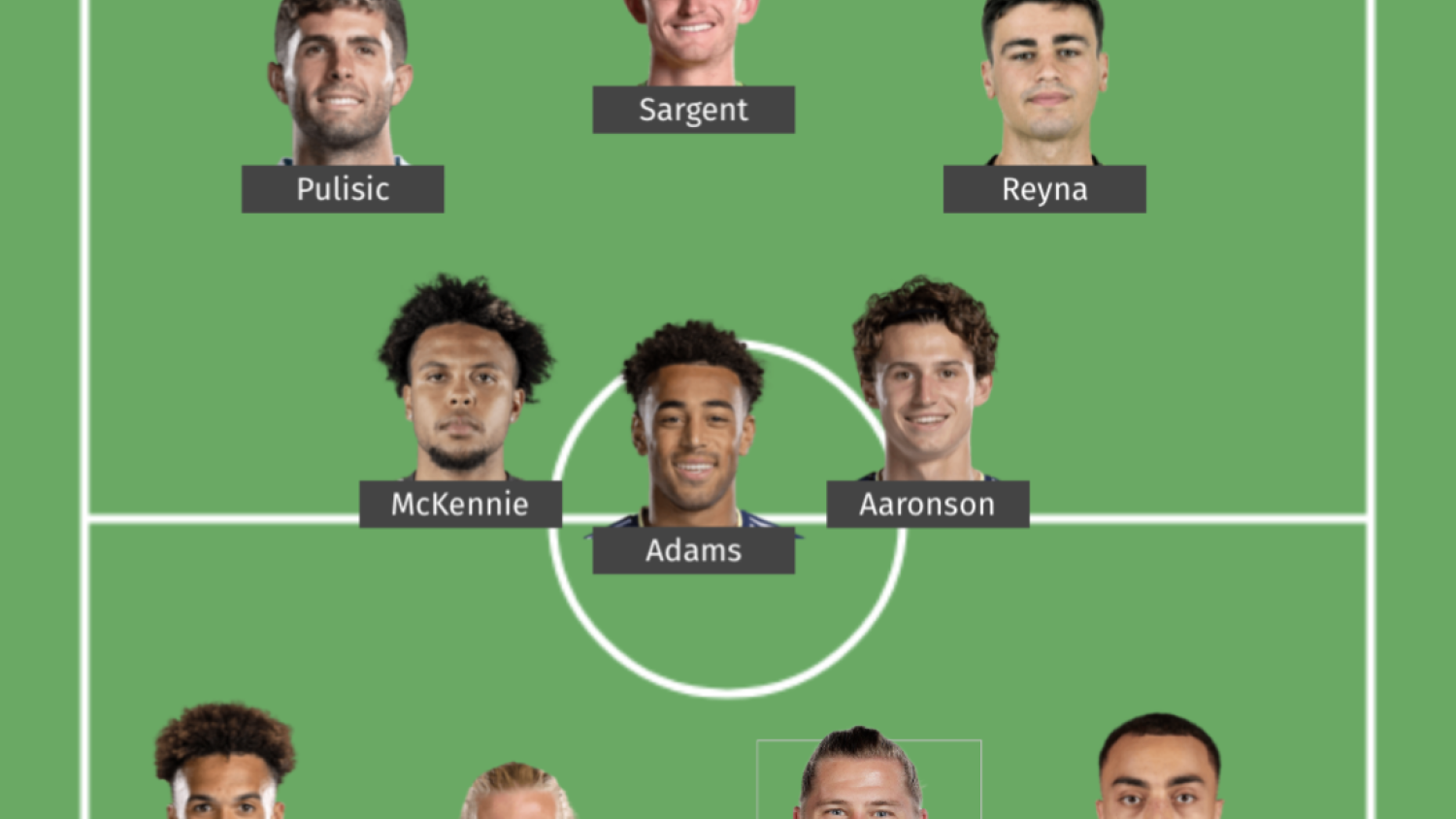 The United States opens their tournament vs. Wales on Monday, Nov. 21.
createformation.com

The surprising United States men’s national team roster was revealed on Wednesday giving fans a better idea of who head coach Gregg Berhalter could have in his USA World Cup starting XI.

Let’s look at what we’ve cooked up. 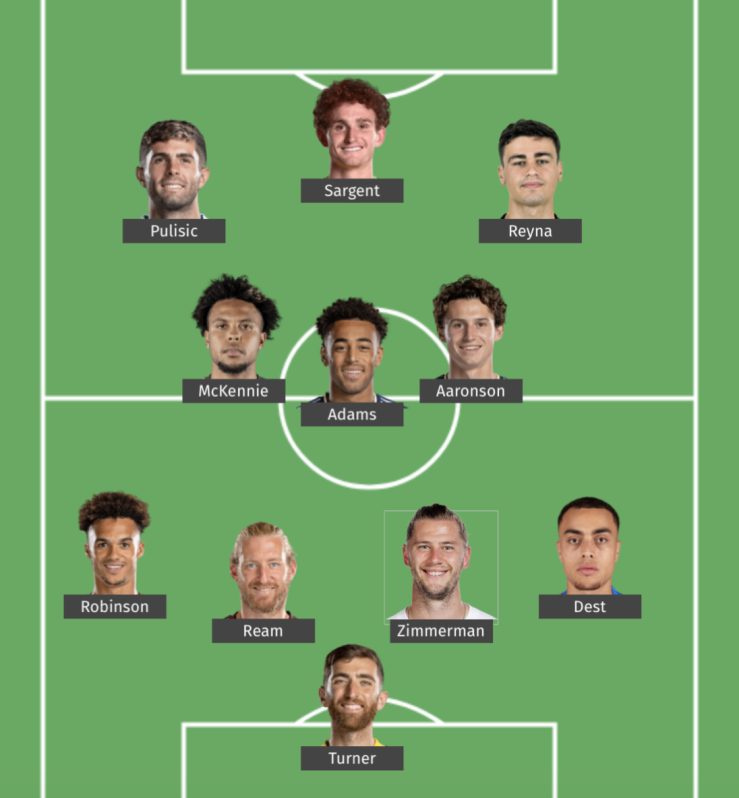 Matt Turner will be the guy between the sticks unless he suffers an injury.

Antonee Robinson, Walker Zimmerman and Sergiño Dest are the main faces of this defense. Robinson and Zimmerman should start every game while we could see some rotation with Dest, DeAndre Yedlin and surprise inclusion Shaq Moore.

Tim Ream is the big talking point in the back line. Berhalter loves him some Aaron Long defending, but the New York Red Bulls center back has been anything but impressive. Ream, on the other hand, has been repeatedly solid in the Premier League with Fulham.

Ream knows the offensive weapons of England and Wales as he faces them weekly in the EPL. The 35-year-old’s knowledge of opponents, chemistry playing with Robinson and sensational form gives him the edge over Long.

The midfield is the most debatable part of this potential USA World Cup starting XI. We’ve gone with a midfield trio of Tyler Adams, Weston McKennie and Brenden Aaronson.

Adams is playing out of his mind with Leeds United and has won 49 tackles through 15 weeks in the EPL. That’s second highest in the league. He should start every game, and if he can’t then Kellyn Acosta is a solid replacement.

McKennie is nursing a muscle injury but should recover in time for the opener vs. Wales. He’s had some shaky performances recently but at his best he’s the No. 1 player for the team.

Starting Aaronson in the midfield over teenager Yunus Musah is the big decision. Aaronson, who typically plays as a forward for the USMNT, was listed as a midfielder during the roster reveal. This indicates that Berhalter has a trick up his sleeve for Aaronson.

The "Medford Messi" has exceled in an attacking midfield role for Leeds, and it appears that could be the plan for the U.S. If Aaronson does start, then Musah should be used as a substitute to add a creative spark late in the game.

No real surprises on the wings. Christian Pulisic and Gio Reyna are too good not to start. Tim Weah deserves some recognition for his efforts during World Cup qualifying, but he will likely be on the bench.

The striker situation is anyone’s guess. A month ago, we would have guessed Ricardo Pepi as the U.S. No. 9. Instead, he’s not going to Qatar at all and the options are Jesús Ferreira, Josh Sargent and Haji Wright.

Sargent is like Ream in that he has the experience of playing against English/Welsh opposition and is in great form. Therefore, we have given the start to Sargent.