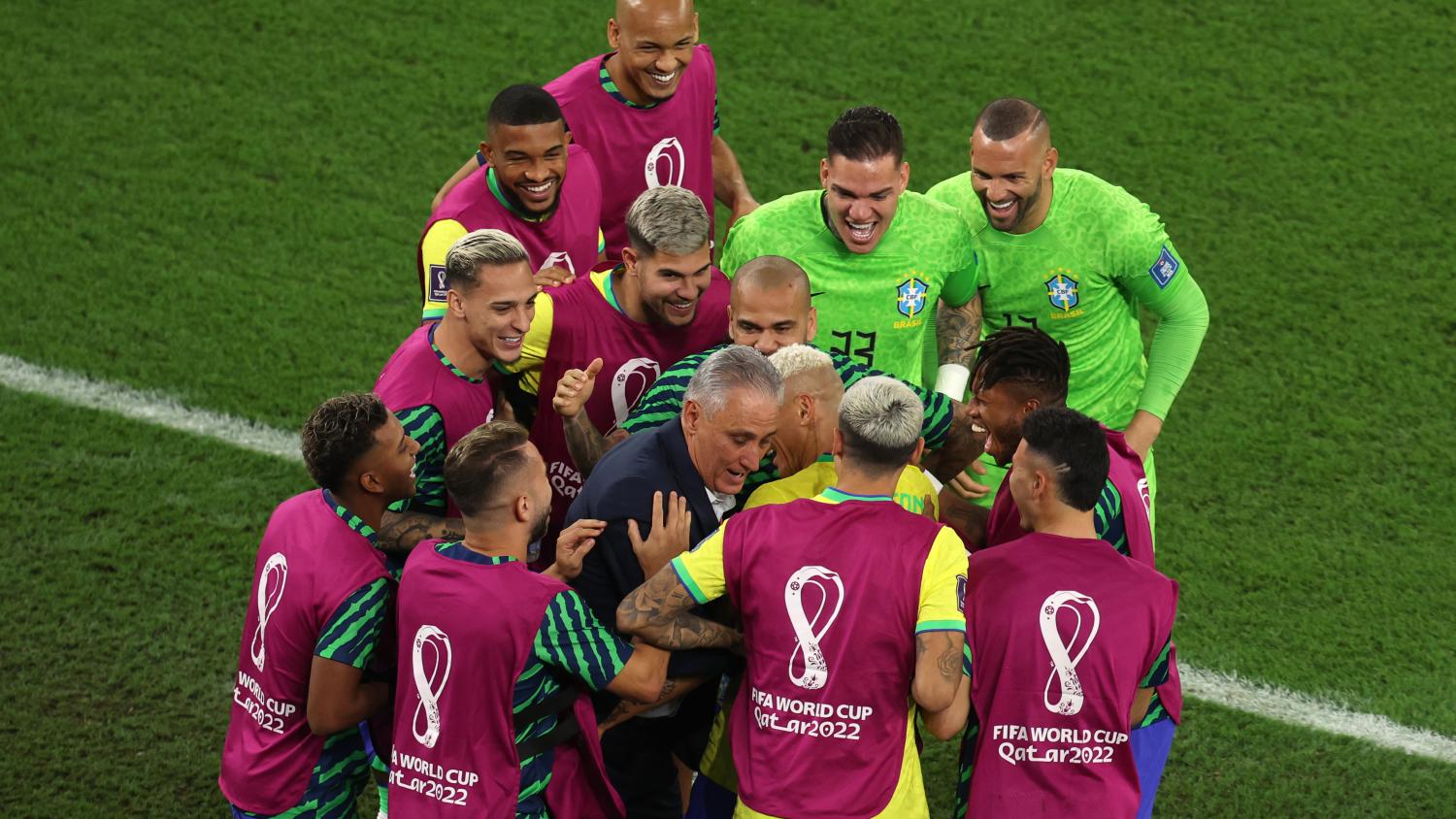 Brazil got back to winning ways with a comprehensive 4-1 victory over South Korea, but the Seleção, and especially manager Tite, stole the headlines for what they did after each of their four goals.

Much fuss has been made during the tournament about the Brazilian dancing celebrations. Even in September of this year, winger Vinícius Júnior was the target of racist abuse for his samba goal celebrations with Real Madrid. During the World Cup, however, the response has been more positive as many neutrals recognize the unique and palpable joy that is the Brazilian national team.

During the group stage, celebrations had been more muted, but against South Korea, the floodgates opened as Brazil turned Stadium 974 into a dancefloor.

Group celebrations gave way to individual displays but not before the squad decided to get manager Tite in on the act. After Richarlison scored another glorious goal, he went over to the bench and was joined by his teammates and his coach, who performed his famous pigeon celebration with him.

Tite joins in on the fun pic.twitter.com/JXnAe8JHnG

And it's only the first half pic.twitter.com/OJRfWNQEUd

This was the first time a team had scored four or more goals in a men’s World Cup knockout stage game since Germany did it to Brazil in 2014.

Perhaps a sign of things to come? We’ll have to wait and see, but if it's true that Brazil has 10 different dances planned, they’ll have to score six in the next three games to show the world all of their moves. But at this rate, who would bet against them? Let Joga Bonito reign supreme.