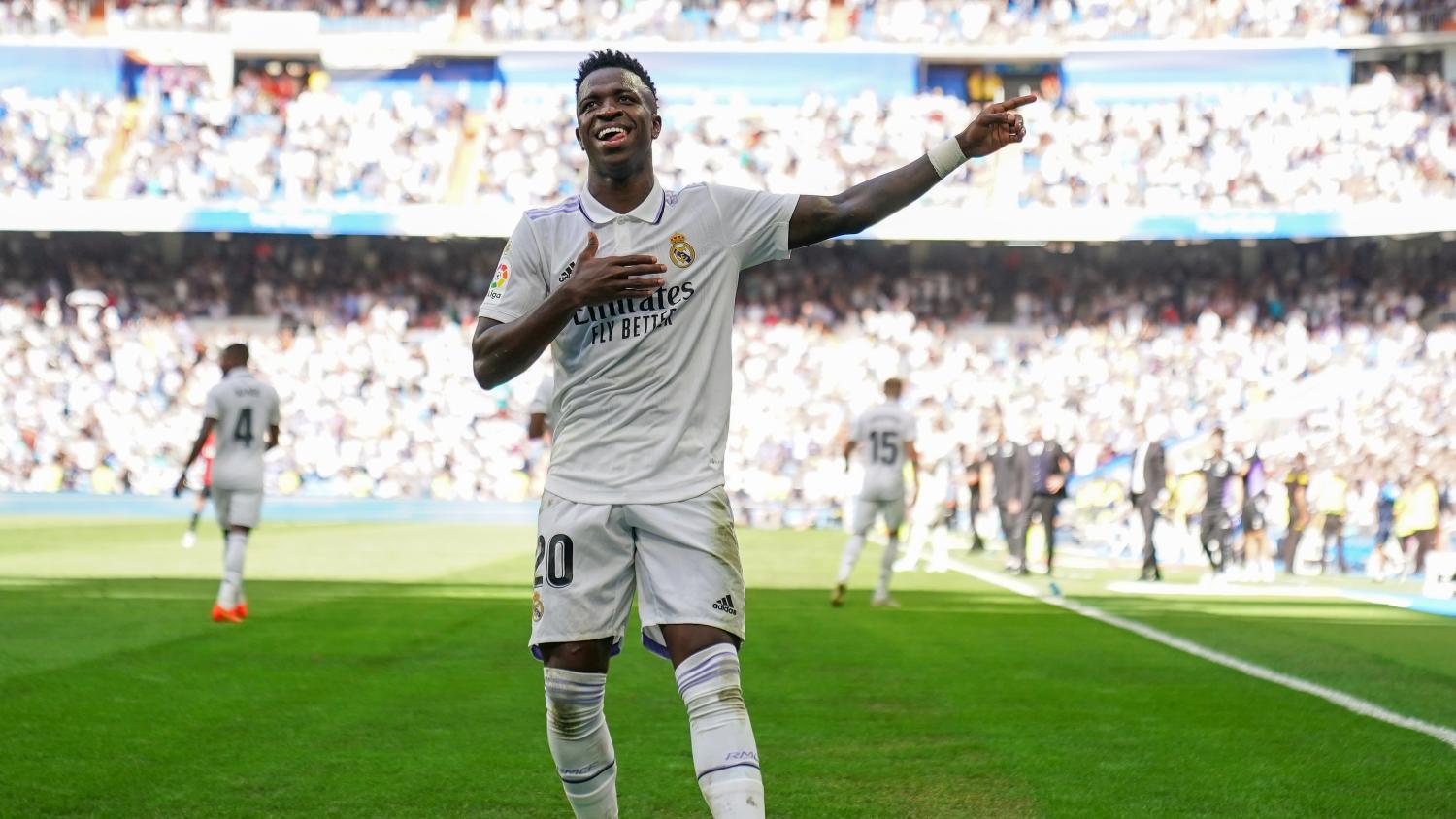 'Football is joy. It's a dance. It's more than that. It's a real party,' Pelé said in response.
Getty Images

We all know the feeling: After scoring a goal, our bodies are filled with joy. That's why we celebrated them — with a fist into the air, hugging teammates, sending kisses to our loved ones or, like Vinícius Jr., smiling and dancing next to the corner flag.

The Brazilian moves are beautiful, not only because they convey the player's happiness but because they also lighten up the life of thousands or millions of fans worldwide.

However, there are always morons who can't stand other people's joy. And one of those is Pedro Bravo, a guest of the Spanish soccer panel show Chiringuito de Jugones, who criticized Vinícius Jr.'s dance celebrations with a despicable act of racism.

The discussion started outside the studio and with Atlético de Madrid's captain, Koke, saying that if Vinícius Jr. scored for Real Madrid in the next derby — Sunday at 3 p.m. ET — and decided to celebrate dancing, "there would be trouble."

Koke has warned Vinicius he can expect "trouble" at the Wanda Metropolitano if he performs his trademark dancing celebration after scoring pic.twitter.com/ptRSU3ZvwK

Koke, of course, forgot that nobody said a thing when his teammate Antoine Griezmann celebrated his goals doing Fortnite's dances, but at any rate...

The thing is that on Chiringuito de Jugones, Koke's quote was commented on, analyzed and dissected. And there is when Pedro Bravo blurted out his infamous words.

"If you want to dance the samba, go to the sambódromo. Here, what you have to do is to respect your colleagues and stop playing the monkey."

Bravo said later that he meant "playing the fool" and apologized for his choice of language, but the harm was done, and several players came to defend Vini.

In the frontline was Neymar, who received a yellow card this week after doing the same celebration he has done the whole season. The PSG forward wrote an Instagram story asking Vinícius to keep dancing every time he scores.

"Dribble, dance and be you. Happy just the way you are. Keep it up, my boy. The next goal, we dance," Ney said.

Neymar on IG: “Dribble, dance & be you! Happy just the way you are. Go for it my boy, next goal we dance” pic.twitter.com/NVLFpaDD3d

Real Madrid as a club published a press release condemning any act of racism and xenophobia toward its players and promised legal actions.

"We want to show all our love and support to Vinícius Junior, a player that understands soccer as an attitude to face life with joy, respect and sportsmanship."

Even from Barcelona, Real Madrid's biggest enemy, there were words to support Vini.

"I want to see dance, I want to see joy," wrote Raphinha on social media while blaugrana coach, Xavi, told reporters: "Everyone celebrates goals the way they want. Let everyone do what they want as long as it's not disrespectful."

Finally, Pelé, the most prominent Brazilian star of all time, sent love to VJ.

"Football is joy. It's a dance. It's more than that. It's a real party," he said on Instagram. "Although unfortunately, racism still exists, we will not allow that to stop us from continuing to smile. And we will continue to fight racism every day in this way: fighting for our right to be happy and respected. #BailaViniJr ."