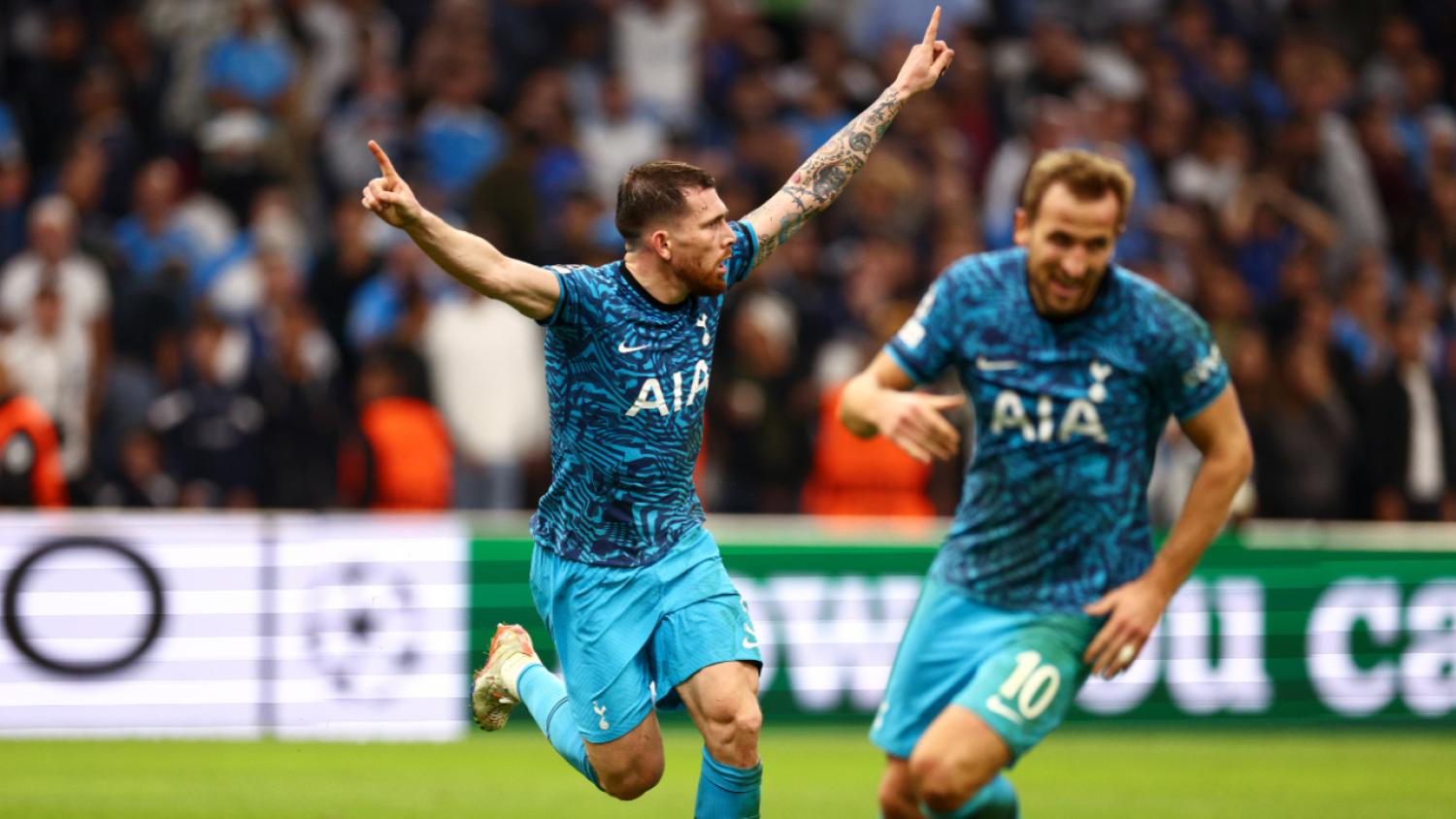 Marseille is out of Europe and Sporting drops to the Europa League.
Getty Images

Heading into the final matches of the Champions League group stage, there was no set of games as appealing as the action in Group D. Tottenham entered Tuesday on top with eight points, but Sporting (seven), Eintracht Frankfurt (seven) and Marseille (six) all had a clear path to the round of 16.

Spurs had a difficult task, traveling to the Vélodrome in southern France but needing only a draw to go through. They also had to do it without manager Antonio Conte on the touchline because of a one-match ban.

In Lisbon, Sporting welcomed Eintracht to Estádio José Alvalade in a winner-takes-all.

In Portugal, Sporting had taken steps to ensure that its home advantage wasn't turned into a "Camp Nou 2.0" (when Eintracht fans turned Barça's home ground into its own arena during last year's Europa League) by refusing to release unsold tickets, and that looked like a smart decision when Arthur fired through Kevin Trapp in the 39th minute.

Sporting went top of the group.

Arthur Gomes with a huge goal for Sporting! pic.twitter.com/6na1JRyNZq

Over in France, Son Heung-min was forced off in the 29th with an apparent head injury and Marseille dictated proceedings. That dominance was rewarded just before halftime after Chancel Mbemba elevated for a towering header.

As it stands, Tottenham are going OUT. pic.twitter.com/CImknEwUSp

Marseille suddenly climbed from fourth to second and Tottenham was looking at the Europa League. Still, Spurs only needed a goal to recover, although they'd hardly ventured out of their own half in the opening 45.

Nine minutes after the halftime break, Spurs answered Marseille's set piece goal with one of their own as Clément Lenglet rescued the visitors. Sporting remained top but Spurs now moved into second.

What a time to get his first goal in the #UCL! pic.twitter.com/bUkZAB65BO

Then, just past the hour mark in Portugal, Daichi Kamada (named to Japan's World Cup squad Tuesday) brought Eintracht level from the spot after a controversial penalty decision. Now Spurs returned to first while Sporting dropped to second (back to where we began).

Make that 3 goals in his last 3 #UCL matches for Daichi Kamada.

Frankfurt are back in it! pic.twitter.com/E2PiOwmbBj

The action shifted to Portugal where, in the 72nd minute, Eintracht completed its comeback when 23-year-old French international Randal Kolo Muani hammered one at the near post. Eintracht went from third to first while Spurs dropped to second.

As it stands Frankfurt will win the group! pic.twitter.com/IQjQO0yTSG

We entered the final 10 minutes with Sporting and Marseille both desperately looking for a goal at home while increasingly opening themselves up to the counter. Spurs hit the crossbar but also needed a great defensive block to deny Alexis Sánchez. Sead Kolašinac had a free header to eliminate Tottenham and put Marseille through but bounced his downward effort wide.

In Portugal, Sporting worked cross after cross into the area and goalkeeper Antonio Adán came up for a couple late corners, but the whistle sounded first at the José Alvalade to confirm Eintracht's place in the round of 16. Sporting was left devastated after needing just a draw and blowing a one-goal lead.

Spurs and Marseille entered four minutes of stoppage time. Could Marseille find what would be a deserved winner? Nope. Instead Pierre-Emile Højbjerg found a winner at 90+5' to move Spurs top of the group while Eintracht fell to second. Marseille disastrously went from third and the Europa League to fourth and out of Europe.