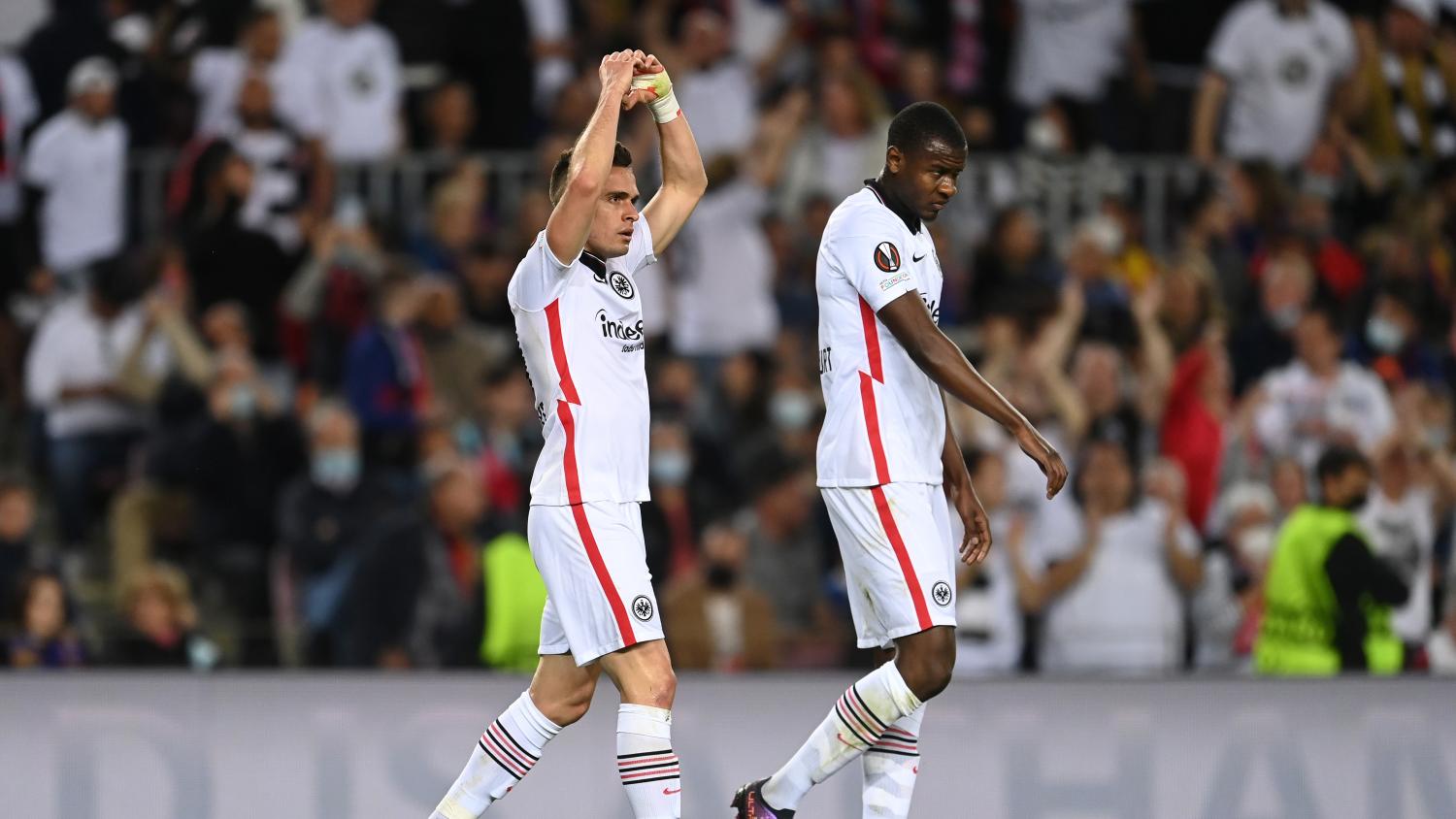 Barcelona is out of the Europa League. What could have been a consolation prize in Xavi’s first year as Barça manager has turned into another embarrassment for a club in transition after Lionel Messi’s exit. More importantly, Eintracht Frankfurt’s Colombian striker Rafael Borré scored one of the goals of the tournament with a 30-yard worldie before paying tribute to Cafeteros legend Freddy Rincón, who tragically died just hours earlier.

Borré scored the second in Frankfurt’s stunning 3-2 win over Barcelona on Thursday at Camp Nou, advancing to the Europa League semifinals 4-3 on aggregate after a dramatic quarterfinal. Filip Kostić scored twice, and the Bundesliga’s ninth-place team held on to win despite two stoppage-time goals from the Blaugrana.

The moment of the night was Borré’s strike, a gorgeous blast from long range in the 36th minute. The goal was incredible, but even more amazing was his celebration, in which he pointed to the No. 19 on his jersey to honor the late Rincón, who wore the No. 19 for Colombia.

Rincón was an icon for los Cafeteros, who he represented at three World Cups in the 1990s. He finished his career ninth in caps (84) and fifth in goals (17) in Colombia history. Rincón died in a car crash on Wednesday night in Colombia and was clearly on Borré’s mind halfway around the world in Barcelona.

The touching tribute was backed up by a stellar performance from Frankfurt, which was spurred on by a massive amount of away support in the Camp Nou. Apparently, Catalans only care about the Barcelona women’s team these days.

Eintracht took a 4-1 aggregate lead when Kostić scored his second in the 67th minute, shooting past American Sergiño Dest, who had come on five minutes earlier. Barcelona attempted a late (very late) rally, finally getting on the scoreboard in the 91st minute through Sergio Busquets. Memphis Depay converted a penalty in the 101st minute (nine minutes of stoppage time were added and former USMNTer Timmy Chandler came on as a 99th-minute sub), but it proved to be the final kick of the night.

Frankfurt will play West Ham in the semifinals after the Hammers ousted Lyon in the quarterfinals, 4-1 on aggregate. The other semifinal will feature RB Leipzig (3-1 winner over Atalanta) against Rangers, which barely held on to beat nine-man Braga 3-2 in extra time on aggregate.

One of Frankfurt, West Ham, Rangers and RB Leipzig will win the Europa League, which is I’m sure is how everyone predicted the bracket to play out after starting with clubs like Borussia Dortmund, Lazio, Napoli, Lyon, Porto, Sevilla and Bayer Leverkusen.