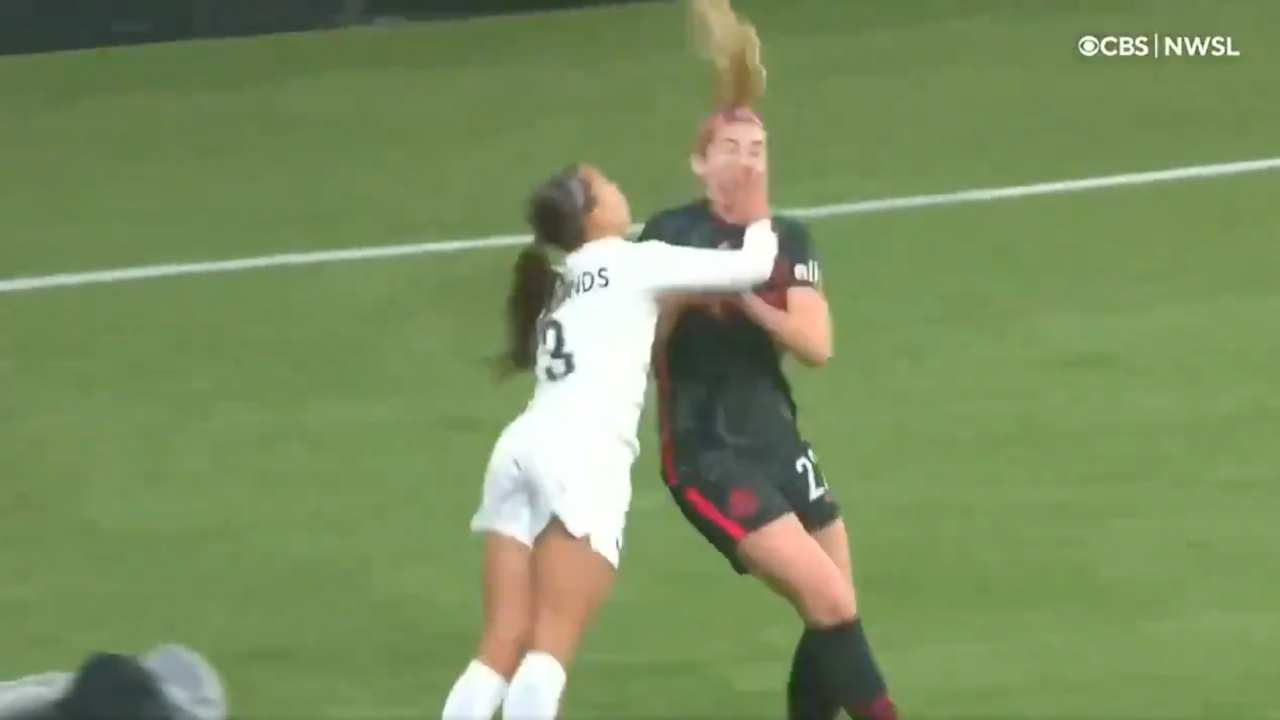 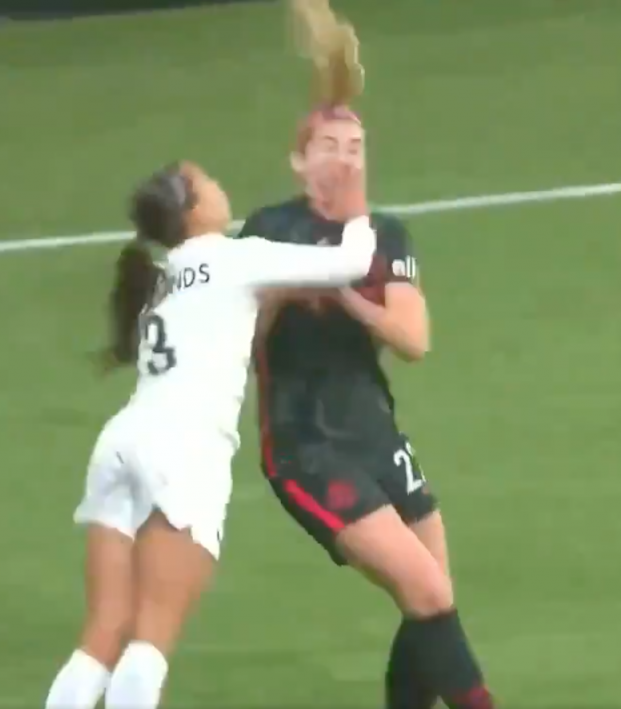 The 2021 NWSL Challenge Cup kicked off with a somewhat drab scoreless draw between the Houston Dash and Chicago Red Stars on Friday night. The second match of the day, played late on the West Coast, had enough action in just the final few minutes to more than make up for it.

The Portland Thorns held off Kansas City 2-1 on Friday at Providence Park, but not until after four red cards were shown in the final five minutes of a wild game that finished after midnight ET.

Here’s a quick rundown of the game before the frantic final minutes. Rocky Rodriguez headed in the first NWSL goal of 2021 in the eighth minute and Tyler Lussi made it 2-0 for the Thorns with a header of her own in the 58th. A deft finish from KC’s Amy Rodriguez made it 2-1 two minutes later, setting up it a thrilling finish.

Here are the Portland-KC highlight — without the fun stuff at the end.

The NWSL conveniently left out four red cards in the closing moments out of its highlights, perhaps because it may have highlighted some sus officiating.

It all started in the 90th minute when Simone Charley was sent off for a second yellow card. Charley was a bit clumsy and reckless in taking out Rachel Corsie from behind, but that didn’t stop Portland coach Mark Parsons from having some words with the referee after, which resulted in a red card for the Thorns coach as well before the ball could be put back in play.

From there, Morgan Weaver began her quest to singlehandedly waste the remainder of the time left on the clock, expertly holding onto the ball and drawing fouls. Following one scrum, KC’s Kristen Edmonds took out some frustrations on Weaver, who she felt had been a bit too physical.

NWSL is back babyyyy pic.twitter.com/4FoUmilBew

The referee initially showed Weaver a red card, much to the chagrin of the Portland faithful in the stadium, and then flashed the red to Edmonds as well. Weaver couldn’t believe she was sent off. Meanwhile Madison Pogarch, who came in late to shove Edmonds/defend Weaver, escaped all punishment.

After the match, there were plenty of hot takes on Twitter about the incidents, from players, media and fans.

"I want my players safe, I want the other players on the other team safe as well. And I don't think that's too much to ask."

More seriously: this kind of escalation might be preventable if things aren't allowed to go unchecked. They add up in the game and they add up over years. NWSL players and coaches have been asking for improvement for years. I think that's a factor here tonight.

It got WILDDD, but great win tonight!!
@ThornsFC

I think the other angle mostly ensures Edmonds gets extra games, but again: I’ll be curious to see how the review approaches this in terms of precedent.

In the end, the result means Parsons will have some tough choices to make ahead of Thursday’s clash with Chicago, a match for which he won’t even be able to be on the sidelines. Plus, the USWNT, which plays Sweden on Saturday and France on Tuesday, won’t be back yet, leaving both clubs without their USWNT players.

(Can we talk about how ridiculous it is to start the season during an international break? Would it have been so bad to wait a week and start the same time as MLS?)

Aside from pointing out some less-than-stellar officiating, the thrilling contest was another reminder that you cannot rewind live sports on Paramount+. This was an issue watching the NWSL last year on CBS All Access and remains a problem now. When you’ve got wild action like this, you want to go back and watch it again, especially when the official accounts (NWSL, CBS) refuse to show highlights of the red cards. The only official footage we have of the incident is from Portland, which was trying to clear Weaver’s name.

Anyway, the USWNT plays at 1 p.m. on big FOX on Saturday followed by two more NWSL Challenge Cup games on Paramount+ on Saturday: Courage-Spirit at 3:30 p.m. and Racing Louisville-Pride at 7 p.m. For better or worse, there are no late-night West Coast games until the Dash visit Tacoma, Washington to play the Reign on Friday.