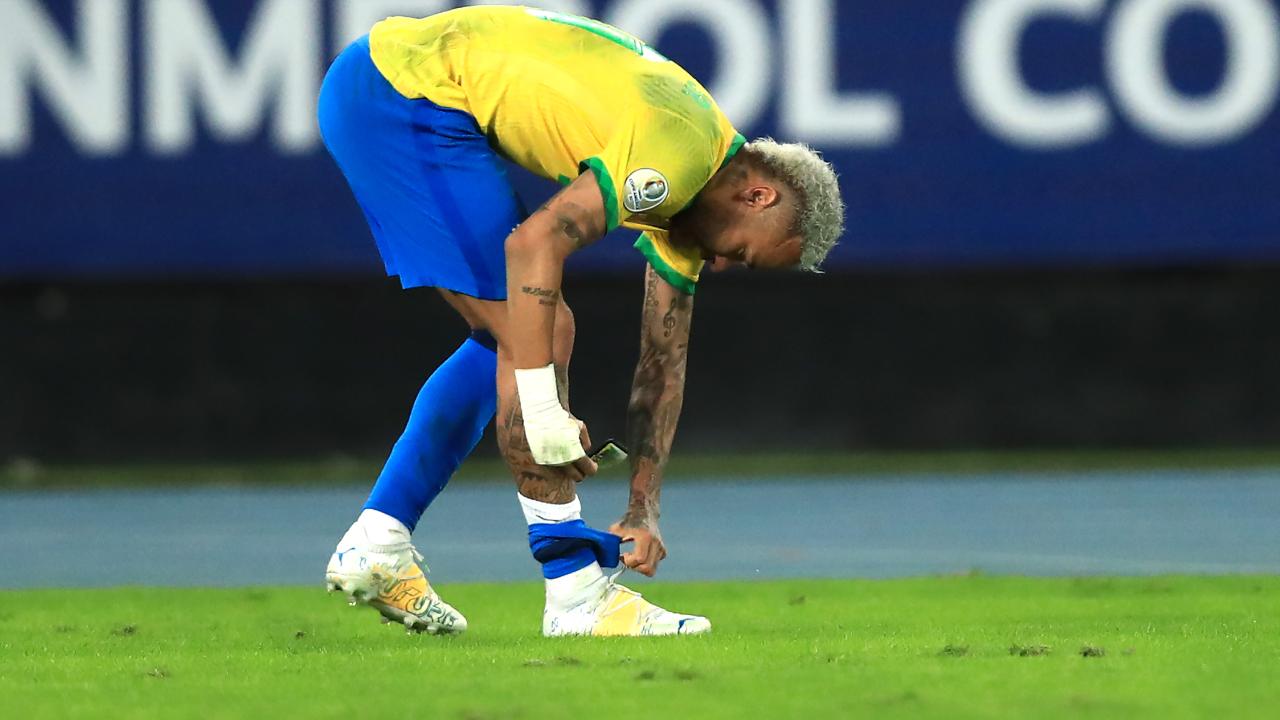 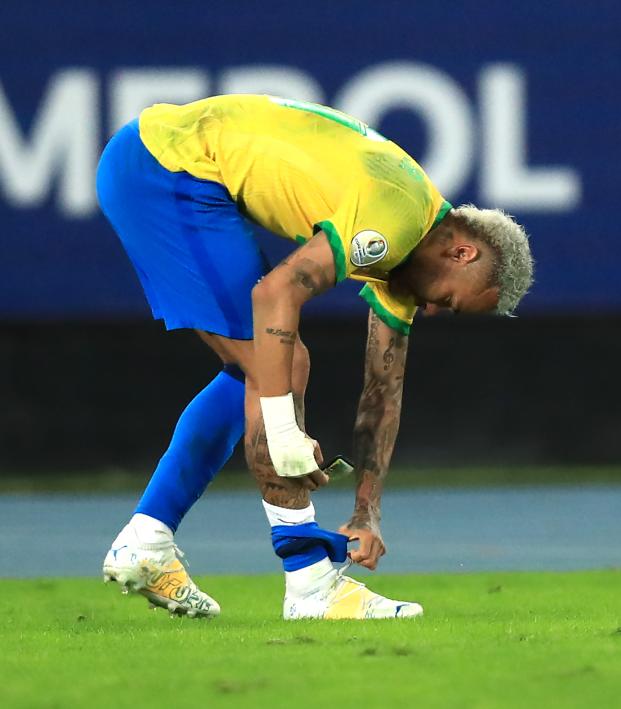 Why Do Soccer Players Wear Shin Guards, And Do They Really Help?

One of the greatest aspects of soccer is the ability for anyone to play anywhere, at any time — all you need is a ball and love for the game. There is but one piece of mandatory protection in official matches. So why do soccer players wear shin guards and nothing else, and are they effective?

At first glance, a soccer player is relatively unrestricted on the pitch. Footballers don shorts, a shirt, socks, a pair of cleats and not much else. Unlike American football, in which players are donned from head to toe in armor, soccer players are only required to protect one part of their bodies: their shins. (The lone exception is goalkeepers, who are allowed to wear padded gloves.)

While not as physical as American football, soccer is a contact sport. So why do players wear shin guards, does it actually offer protection and why don’t players wear armor on other parts of their bodies?

Shin guards have been around for a long, long time. First used in war, the first-recorded use of shin guards was more than 2,700 years ago. Shin pads first came to sport in cricket but soon found a way to soccer in the 1800s.

For nearly as long as the game has been codified (since 1863), soccer players have worn shin guards. But not until 1990 did FIFA require players to wear shin pads.

The reason is quite simple: to protect players from injury.

Studies have shown that 62.7 percent of all players will become injured over the course of a season, with 82.9 percent of those injuries occurring in the lower extremities. It’s no surprise soccer, a game requiring players to use their legs and feet to run, kick and slide, features more leg injuries than any other type. One way to decrease the risk of injury is to wear protection.

In the human anatomy, few bones are more exposed than the shin. With soccer players constantly thrashing their legs around, often near other legs, shins and shoes, one of the most painful places to be kicked is right in the shin. With fractures making up 2-11 percent of soccer injuries — and 30-33 percent of fractures occurring in the lower extremities — padding secured on the shin can protect players from both pain and injury. Studies have shown shin guards effectively reduce the risk of leg fractures, protecting bones from more than 90 percent of the force load in many cases.

Shin guards must be made of rubber, plastic or similarly suitable material, though studies have suggested carbon fiber offers greater protection than commercially available polypropylene shin guards. (Polypropylene is a plastic common in the most popular shin guards.)

Despite the requirement to wear shin guards, many professional footballers prefer to wear the smallest possible shin guards. The reason is usually comfort; players will do whatever they can to be comfortable on the pitch, including cutting little holes in their socks. Others claim the shin guards affect their touch on the ball, but if shin guards are getting in the way of your touch, you’re probably doing it wrong.

Additionally, despite the shin being the one place players have protection, 90 percent of the time of a player is flopping and feigning injury, they will clutch their shins, as if somehow that’s the part of their body that was hurt.

Nonetheless, shin guards remain the primary wearable protection a player has to avoid injury on the pitch.

Why Do Soccer Players Wear Shin Guards But Not Helmets Or Cups?

While shin guards make a lot of sense, there’s a debate to be had about whether soccer players should be required to wear more protection.

As soccer is slowly coming to the realization that head injuries are bad, helmets have to become a consideration for players. Helmets are not unheard of — American football players must wear a helmet at all times and rugby players don soft helmets. Even in soccer helmets are not uncommon; Petr Čech famously wore one for many years after suffering a head injury. But that’s a goalkeeper, the only position allowed to wear baseball hats. Outfield players have occasionally worn helmets or headbands when recovering from various head injuries.

With more and more studies looking into the harmful long-term effects of repeated head trauma, there is legitimate concern about headers and therefore it’s reasonable to ask whether soccer players should also wear helmets or padded headbands. The Premier League has already restricted players to 10 high-force headers in training per week.

The only place more vulnerable than shins in soccer is the head, and head injuries are too serious to ignore with optional protection. Would FIFA ever require head armor? It feels like we’re a long way off from that ever happening, but it’s worth starting the discussion.

As for why do soccer players wear shin guards, it will continue to be mandatory in all official matches from youth soccer to the World Cup. It’s a small measure of protection, but anyone who’s ever been kicked in the shin will tell you it’s better than nothing.