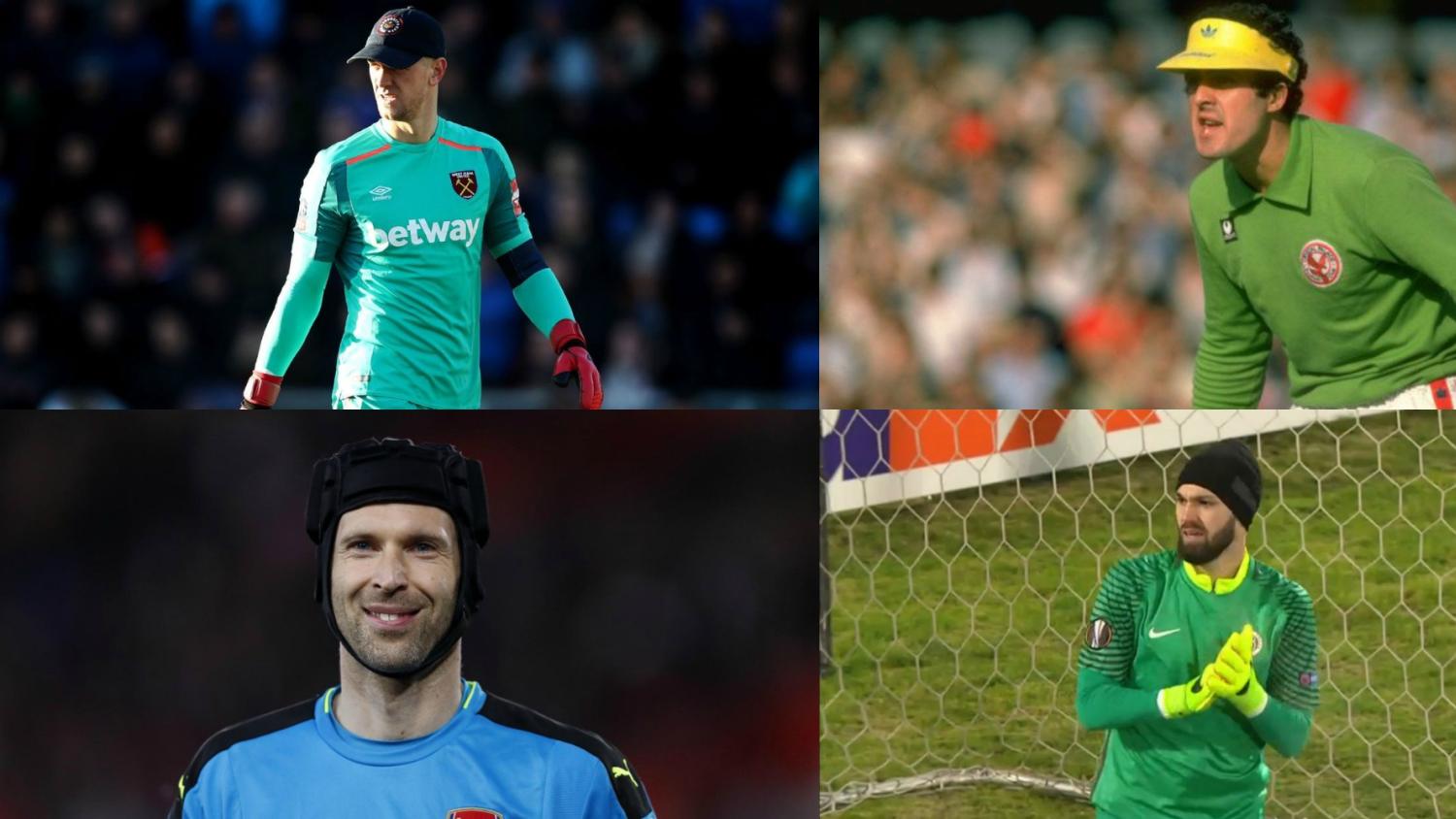 Goalkeepers are a different breed from the rest of us. It’s bad enough they’re allowed to use their hands and train in the weirdest ways imaginable, but they also have a crazy fashion sense. In addition to being able to wear pants and oversized gloves, goalies with hats have long been a part of the game, though it’s not as common these days. So we thought it would be a good idea to look back at goalkeepers who wore caps to remind everyone of just how weird goalkeepers are.

FIFA rules are pretty straightforward in regards to equipment worn by players. All players must wear a shirt or jersey with sleeves (long or short), shorts, socks, shin guards and shoes. A one-piece playing suit, sadly, is not permitted.

As for headgear, rules state:

Goalkeepers are allowed to wear caps while field players are not. Some may call this unfair and many might wish Rodrigo Palacio was forced to wear a hat, but no one likes goalies anyway so we’ll let them have their fun.

The primary purpose of goalies with hats is to protect their eyes from the sun, however, caps are allowed in any weather conditions. Most professional goalies don’t have to worry about this issue as they either play at night or in stadiums large enough to block any harmful luminosity. As you’ll see below, however, this isn’t always the case.

Below are some of the famous net-minders who have donned caps for one reason or another. 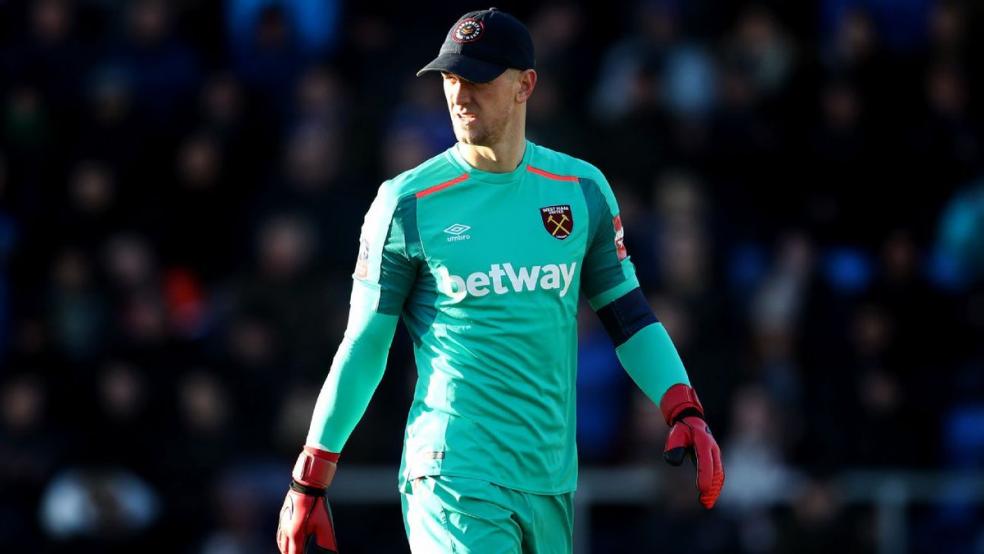 The former England No. 1 has worn a cap on a couple occasions, including borrowing a fan’s hat during a match against Shrewsbury for West Ham.

Joe hart literally has my hat on ahahahahahha 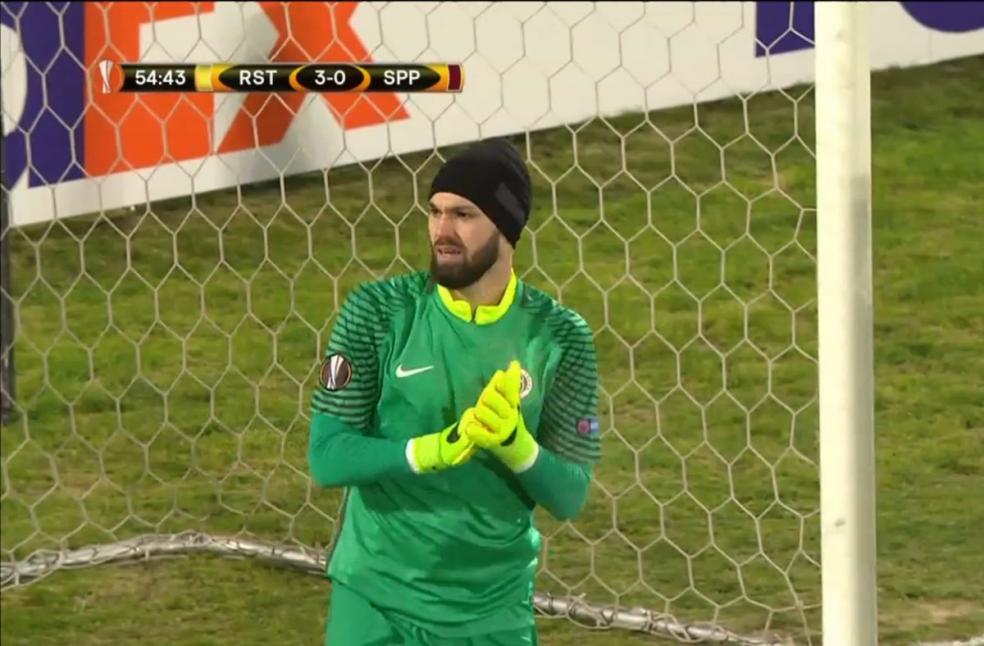 Playing in Russia in February can get cold. We fully understand Koubek’s decision to don a beanie during a Europa League match against Rostov in February 2017. 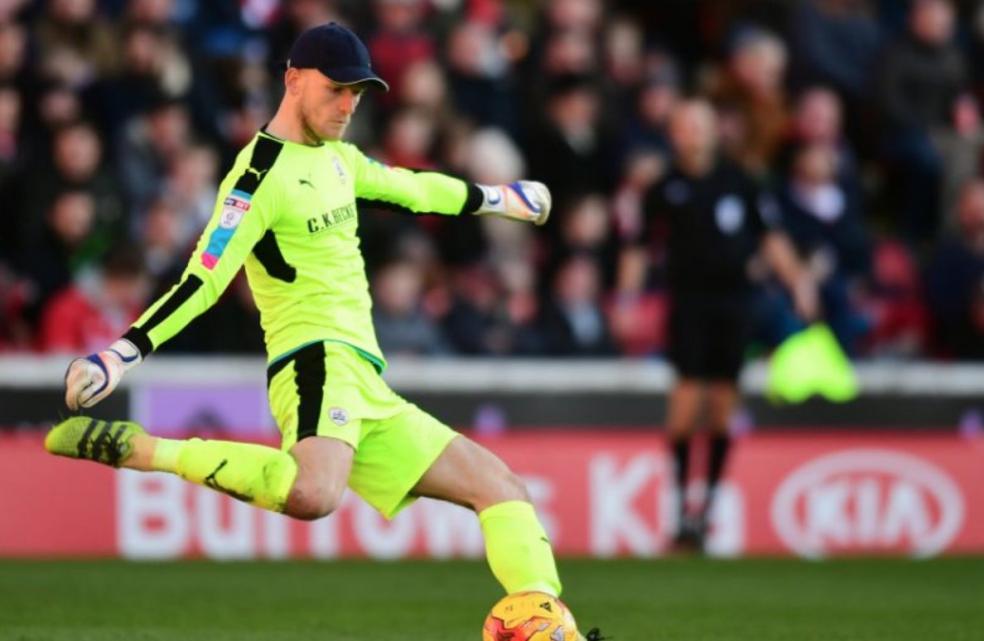 Not exactly a well-known keeper, Davies joined the baseball-cap-wearing fraternity in November 2017. The Barnsley FC keeper was struggling to see with the sun shining in his eyes and received a hat from an unlikely source: a fan of the opposing team, Leeds United.

Sun in the keeper’s eyes at Oakwell so a Leeds fan gives their keeper his hat pic.twitter.com/L2Rt3Jfbs3 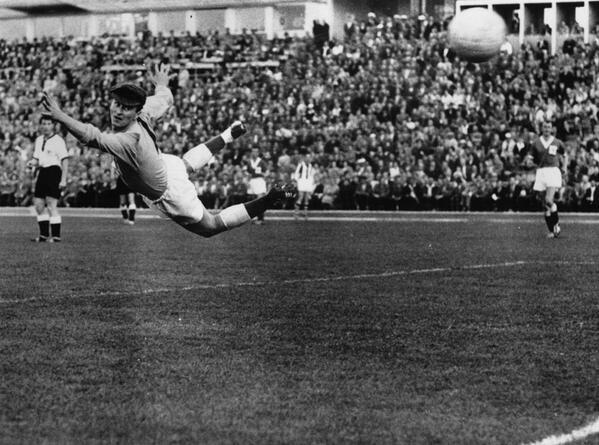 Voted the goalkeeper of the tournament at the 1958 World Cup with Northern Ireland despite wearing this newsboy cap. The Manchester United net minder was known as much for his exploits off the pitch, having helped pull survivors of the Munich air disaster out of the wreckage, four months before the 1958 World Cup. 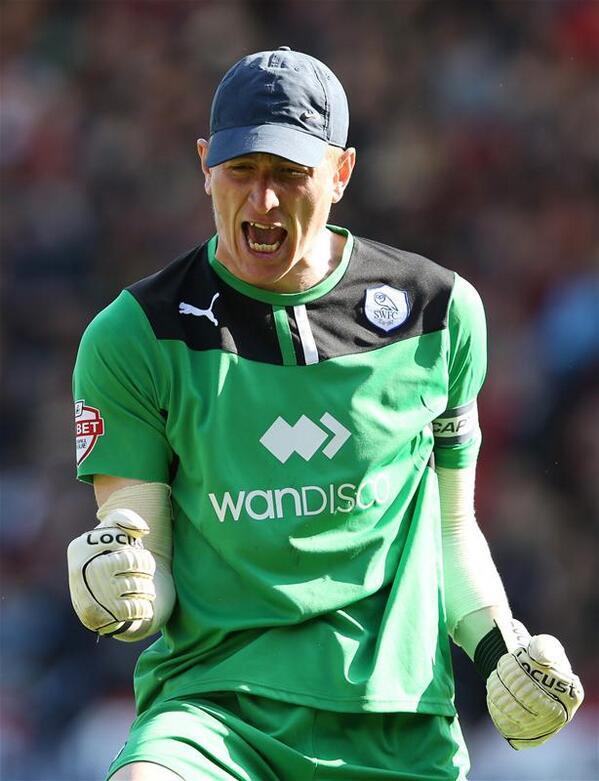 Kirkland, who has one cap for the England national team and is most known for being assaulted by a fan who ran onto the pitch in 2012, is no stranger to the baseball cap. Kirkland made more than 130 appearances for Wigan Athletic. 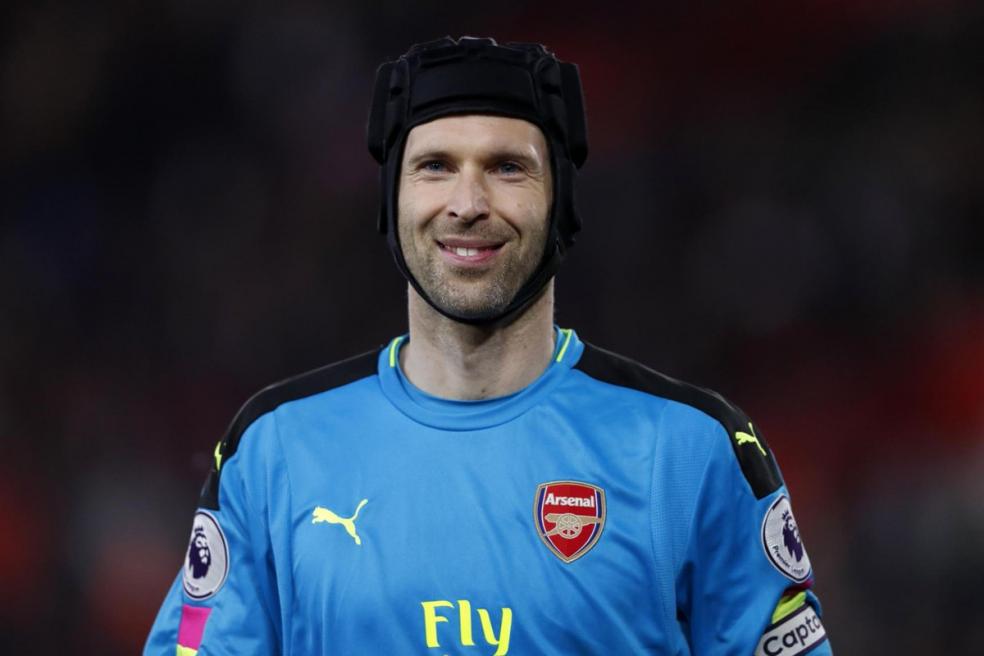 Petr Cech would probably prefer not to wear a hat. The former Chelsea and current Arsenal keeper has worn a protective helmet since taking a knee to the head in 2006 that fractured his skull. Cech is now more recognizable with the helmet than without. 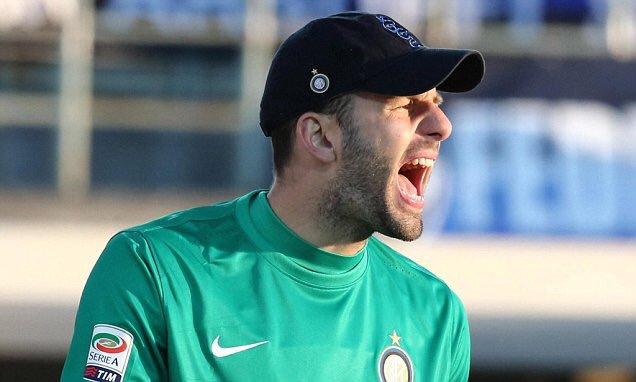 Handanovic, the Slovenia No. 1 for more than a decade, has made more than 205 appearances for Inter Milan. A number of them included a baseball cap. 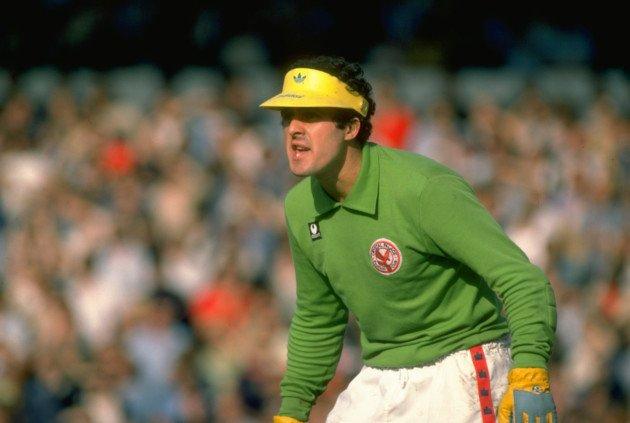 The oldest Premier League player of all time donned this spiffy adidas visor. Burridge played for 29 different clubs in 30 years and was still playing at the age of 43. 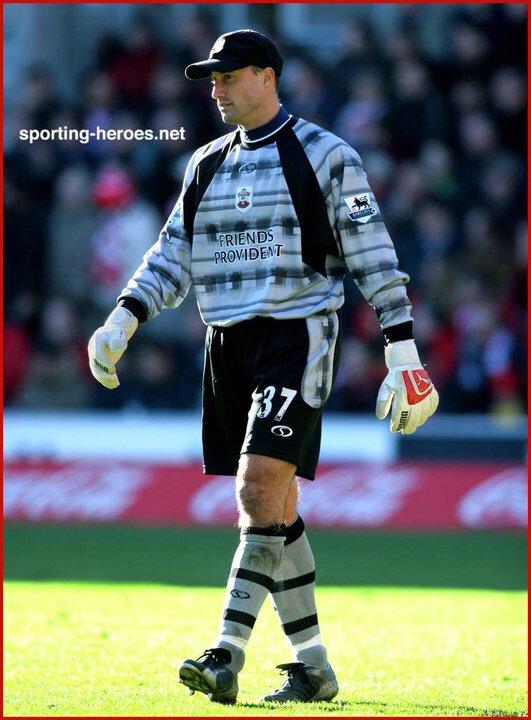 Keller, seen here in one of his four appearances with Southampton, is one in a long line of legendary USMNT goalies. Most of them, like Keller, were bald. We think Keller might have been hiding his hair more than shading his eyes, though he once supported a luxurious mane. 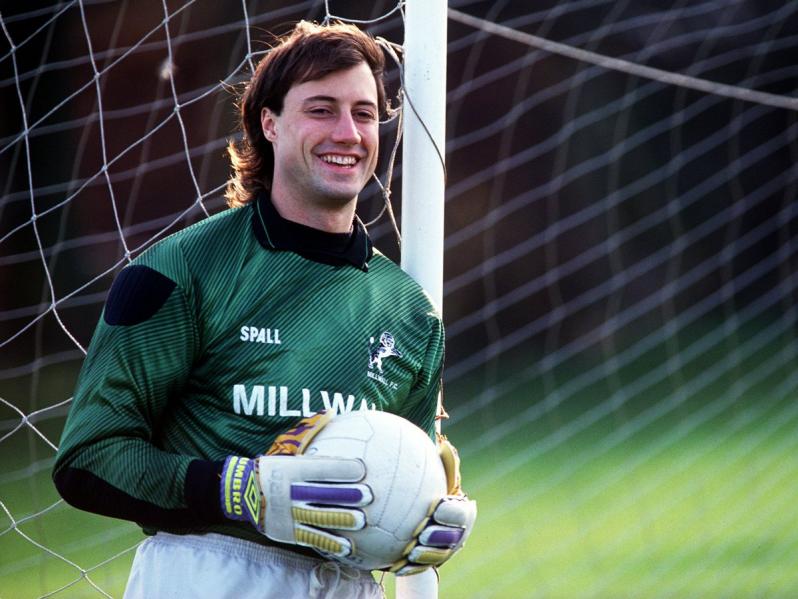 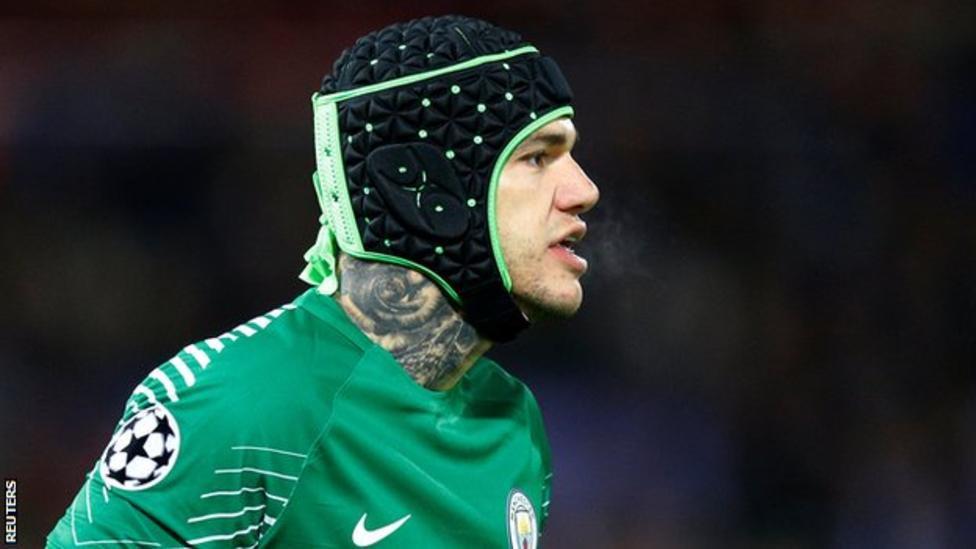 After he was kicked in the head by Liverpool’s Sadio Mane in 2017, Ederson had to wear this helmet for a while as his tenderized meats healed.