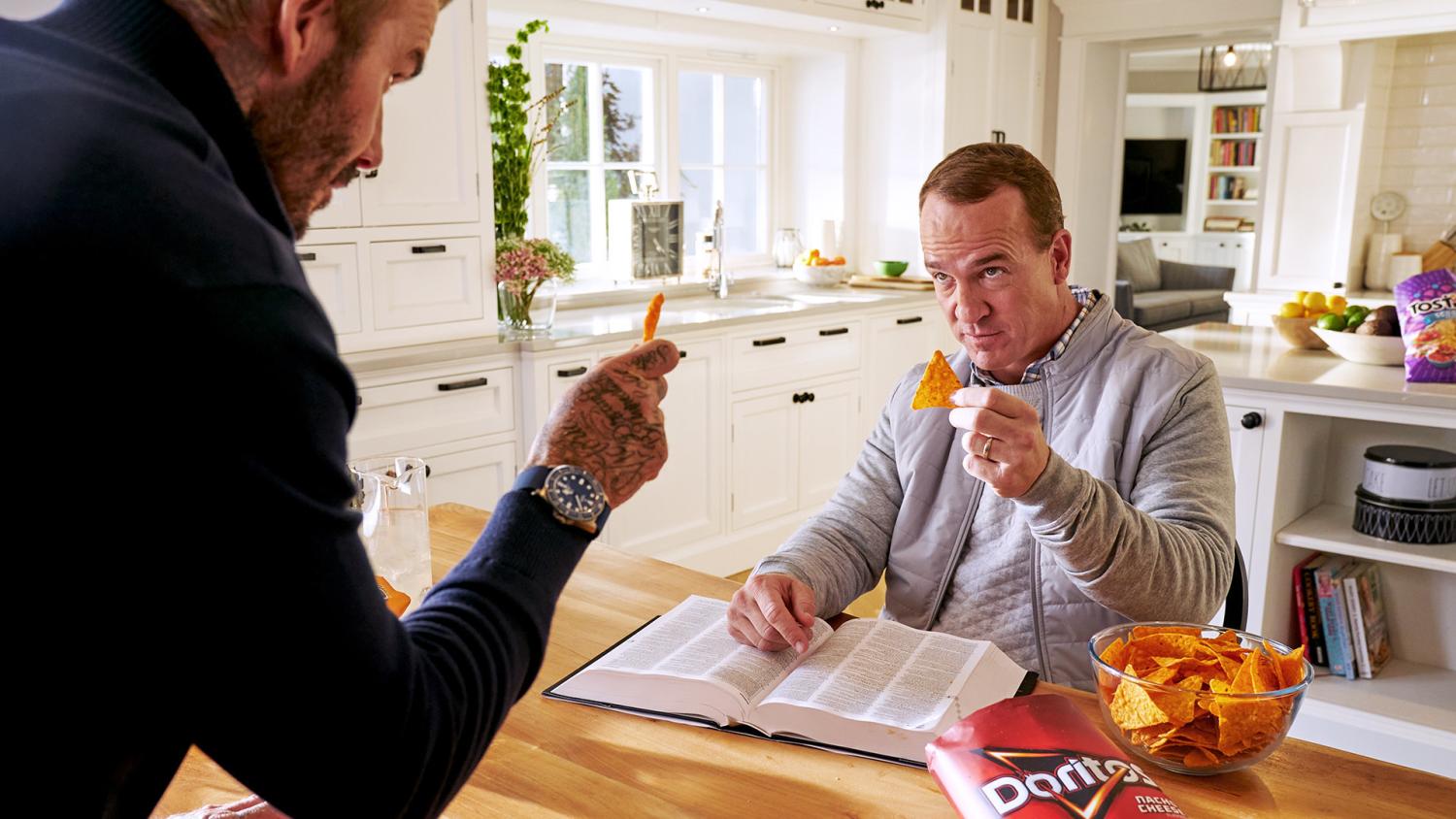 Lays went all out for the World Cup.
OfficialFritoLay | YouTube

With the 2022 FIFA World Cup set to begin the commercials are beginning to appear. The title for best 2022 World Cup commercial is up for grabs and right now Lays is a leading candidate. On Tuesday the chip (or crisp) giant released a two and a half minute Peyton Manning vs. David Beckham, soccer vs. football commercial.

There are so many cameos in this ad it’s hard to keep track.

The best part of this commercial? It was directed by legendary Hollywood director Michael Bay. I wish there were more explosions.

Let’s run through all those celebrities in order of appearance.

I can’t even begin to imagine what the budget for this commercial was to get all those stars.

The commercial was also filled with a plethora of references. Beckham mentions he owns a soccer team referring to Major League Soccer’s Inter Miami.

While Manning and Beckham argue, the former NFL great points out his five league MVP trophies that he won in 2003, 04, 08, 09 and 13. Beckham also has five male athlete awards courtesy of the Teen Choice Awards which Manning pokes fun at.

Hamm mentions her two World Cup titles during the argument with comedian Funches.

When Foudy and Chastain discuss the “football vs. soccer” debate Chastain has a callback to her iconic celebration after winning the Women’s World Cup in 1999.

Bay decided the end the advertisement with the most American thing: soccer moms. Classic.

The commercial will run through the duration of the tournament, Dec. 18.