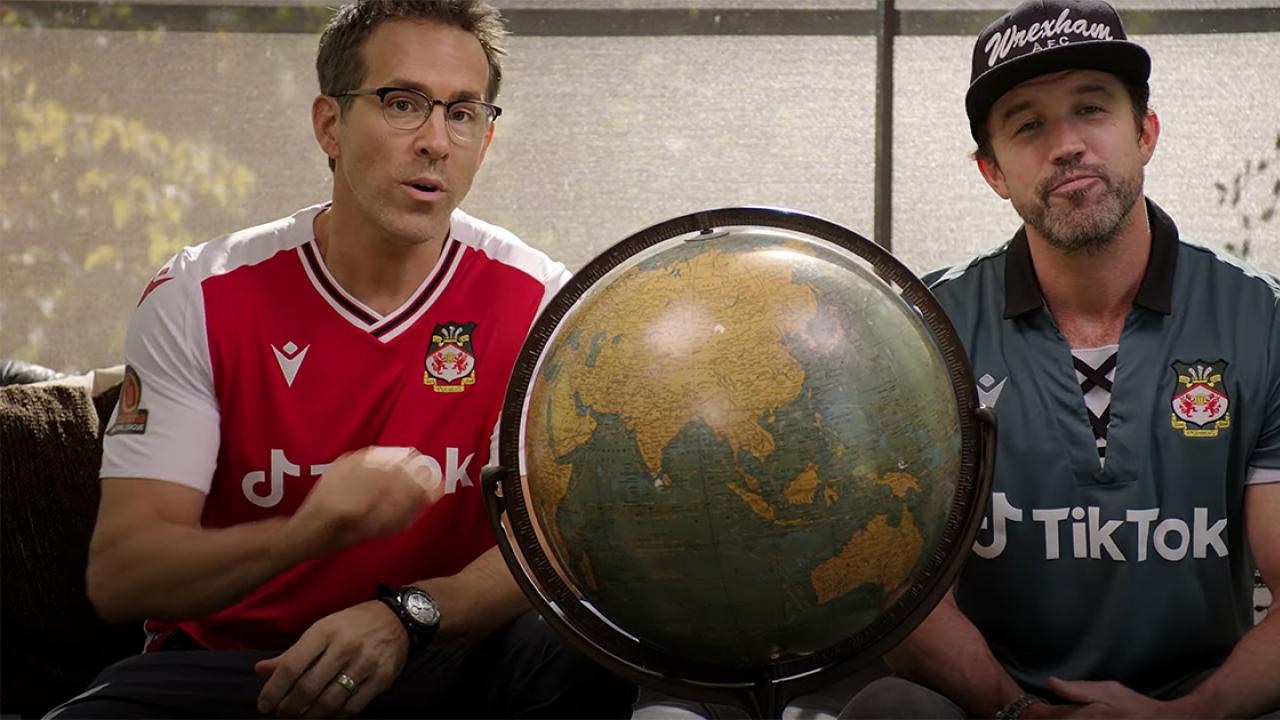 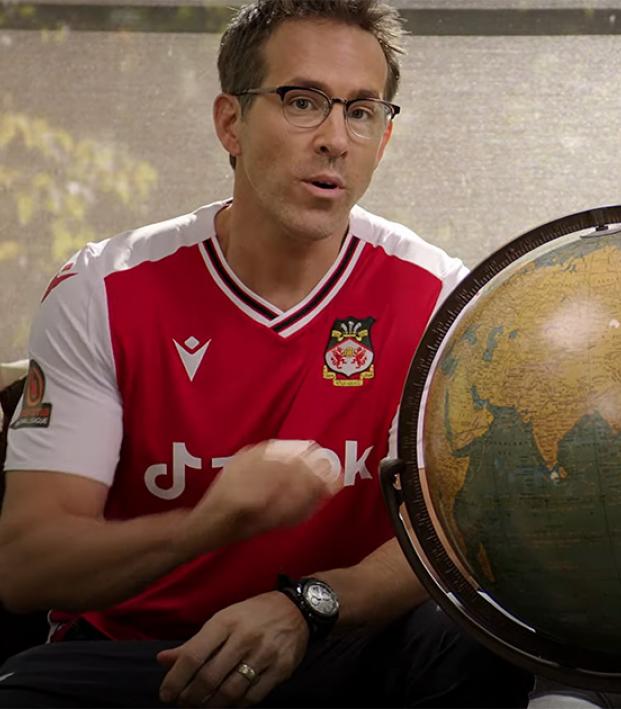 When actors Ryan Reynolds and Rob McElhenney purchased fifth-tier Wrexham AFC back in February, they promised to turn the Welsh side into a global force, safeguard the club’s history (it’s the third oldest football team in the world), invest in the women’s squad and redevelop the 157-year-old Racecourse Stadium.

While these are all longterm plans, the duo’s star power has already begun working its magic. Back in May, it was revealed that a “Welcome to Wrexham” docu-series had already been green-lighted for two seasons on FX. They’ve since had a bit of back-and-forth with Apple TV+’s "Ted Lasso."

At the end of June, Wrexham agreed to a two-year kit sponsorship with TikTok.

Then, in early September, it was confirmed that despite not being part of the English Football League (the top four tiers of the pyramid), Wrexham had been included in FIFA 22’s “Rest of World” category.

The rumors are true! Up close, Ryan does smell like maple syrup. (Also @Wrexham_AFC will be in FIFA ‘22) @EASPORTSFIFA pic.twitter.com/4RkGYsDwq9

On the pitch, results have been mixed for Wrexham during the new owners’ first full season in charge. As was the case for pretty much every club coming off the pandemic, the Red Dragons had a relatively quiet summer window, although they did add a number of players with EFL experience. According to Transfermarkt.com, the club’s most valuable addition was 31-year-old center back Shaun Brisley from League Two’s Port Vale (worth $275K).

The club went undefeated through its first five matches of the season (two wins, three draws), but a 3-1 defeat to table-topping Grimsby Town highlighted how difficult promotion might be this season.

After beating Dag & Red before losing to Stockport, Wrexham again went viral. In a match against Aldershot Town last Saturday, the Red Dragons took a 2-0 lead before the match was suspended after torrential rain created a waterlogged pitch at Aldershot’s stadium.

McElhenney tweeted that Wrexham “need to get out of this fucking league.”

I’m watching our PLAYERS MOP THE FIELD to continue the game. I’ve never seen anything like it. Official statement from the Co-chairman: “We need to get out of this fucking league.” @Wrexham_AFC pic.twitter.com/c0R6PADYKu

With nine matches played, Wrexham sits in 12th on 13 points. There’s a 10-point gap between themselves and first-place Grimsby Town, but the Red Dragons maintain a match in hand.

But one thing that can’t be denied is the excitement the new owners have generated in the stands.

On Tuesday, Wrexham played rival Chesterfield to a 1-1 draw at the Racecourse Ground. The club achieved its biggest home crowd since 2007 and its first gate of over 9,000 since 2012. This is also the first season since 1981 that the club’s first four home games have all attracted crowds in excess of 5,000.

It’s occasionally gotten a little too rowdy — Wrexham is currently facing disciplinary charges for crowd disorder — but that’s what happens when your owners champion riot juice.