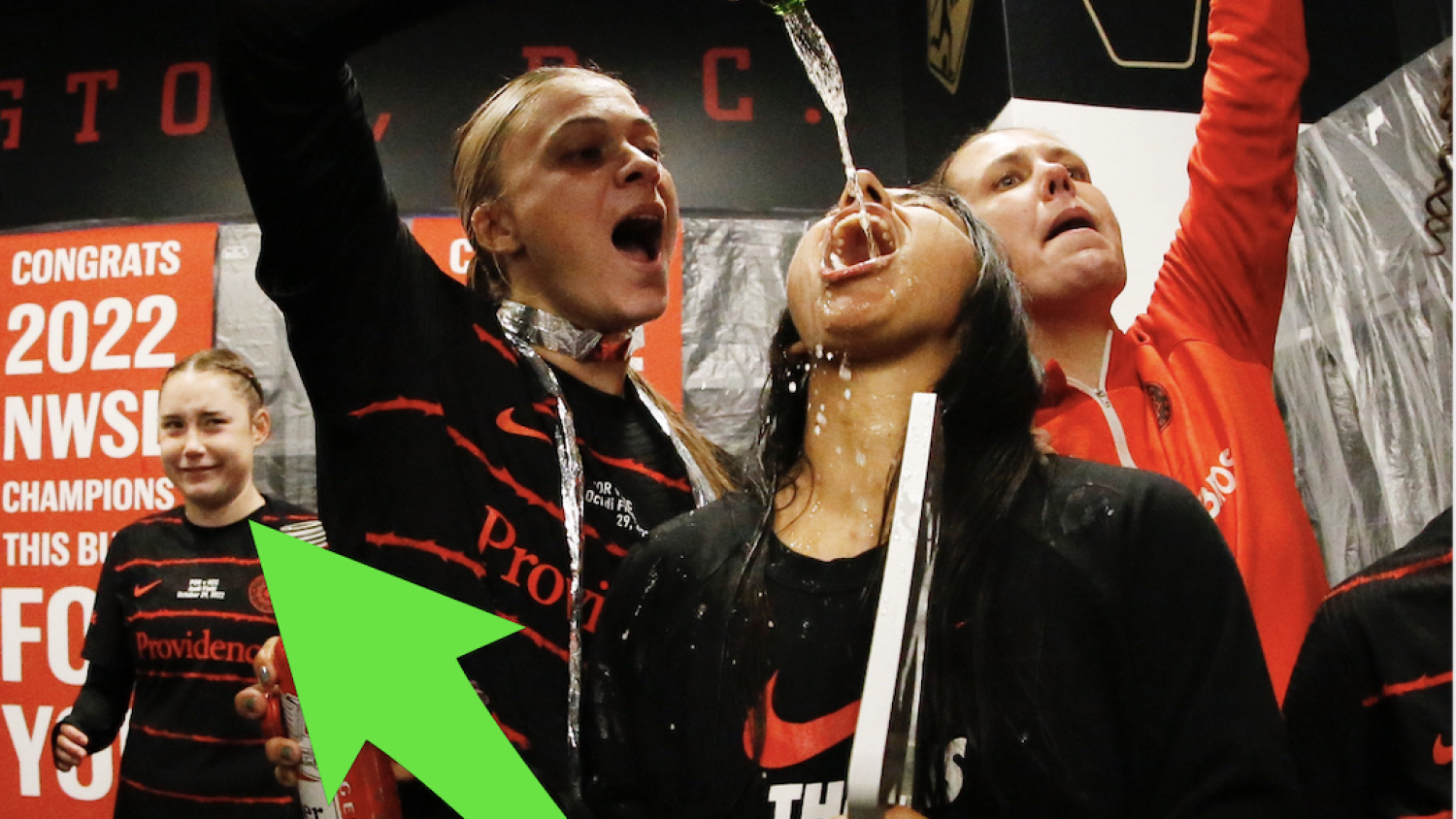 Olivia Moultrie is the youngest NWSL champion in history. The 17-year-old phenom and the Portland Thorns defeated the KC Current 2-0 on Sunday to win the club’s third NWSL Championship.

Moultrie came into the game as a substitute in the final minute to become the youngest ever player to appear in the NWSL Championship.

The Thorns celebrated appropriately in the locker room with plenty of booze and alcohol to go around, literally around and all over the room.

Moultrie, still four years out from being legally allowed to drink and a Latter-day Saint, could only be a spectator for the scenes. At some points it looked like her face said, “Mom come pick me up, I’m scared.”

Couldn’t they at least have gotten her a sparkling cider or something?

When you're under 21, but you want to join the championship celebrations 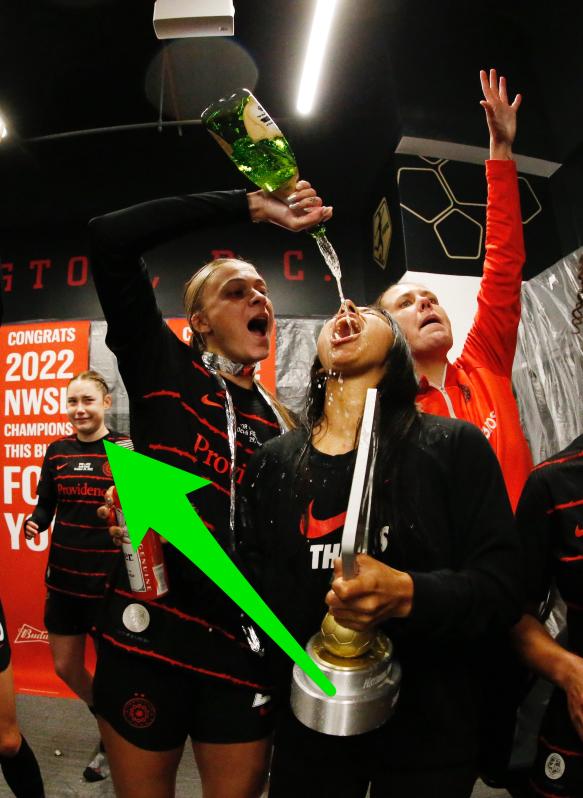 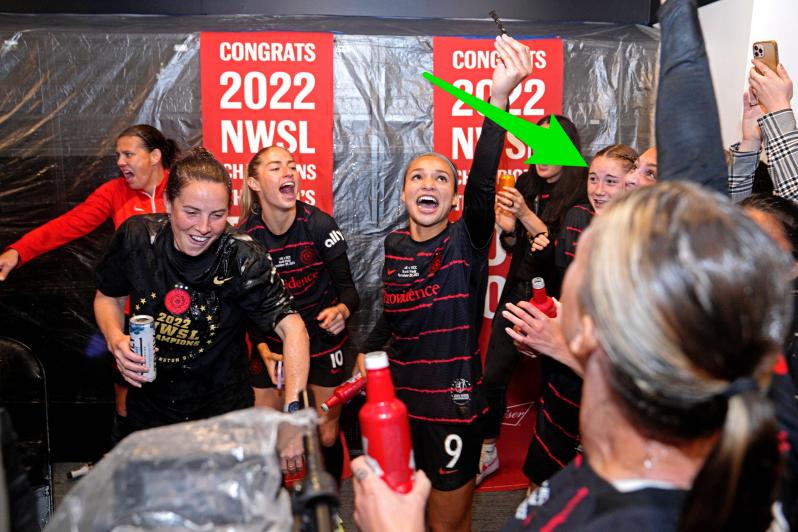 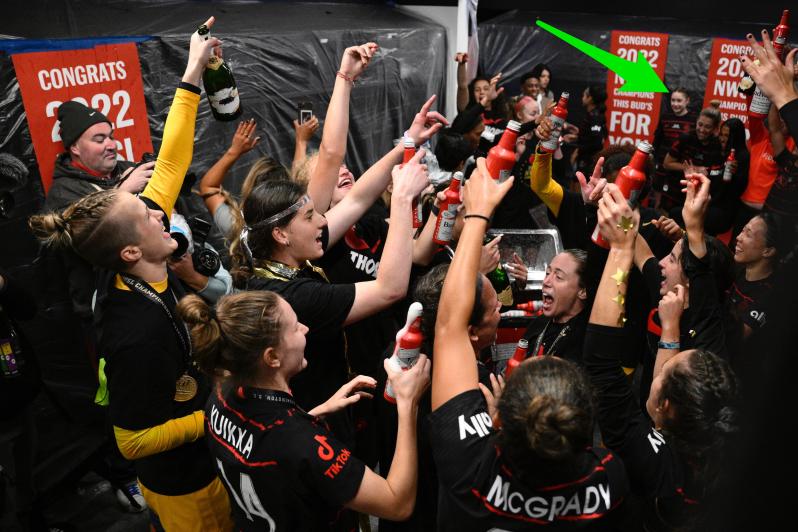 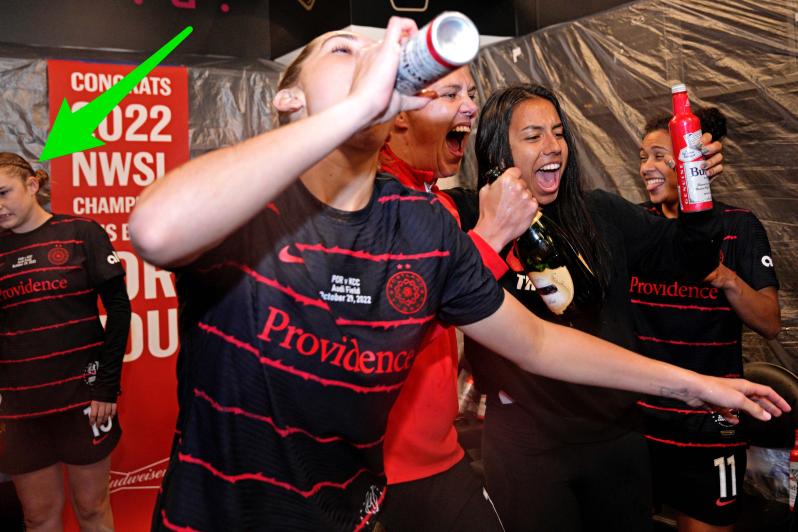 Moultrie’s best moment would come on Tuesday night in Portland during the Thorns’ championship celebration at Providence Park when she had a mic drop moment.

The 17-year-old joined the Portland Thorns FC academy in 2019 and was already a professional at 13 years old. She initially wasn’t allowed to play in the NWSL due to the league’s age rule restricting players under 18. Moultrie filed an antitrust lawsuit against the NWSL in 2021 and was allowed to play after several trips to court.

Moultrie poked fun at her journey to the league and had her entire team laughing with this iconic moment from Tuesday night.