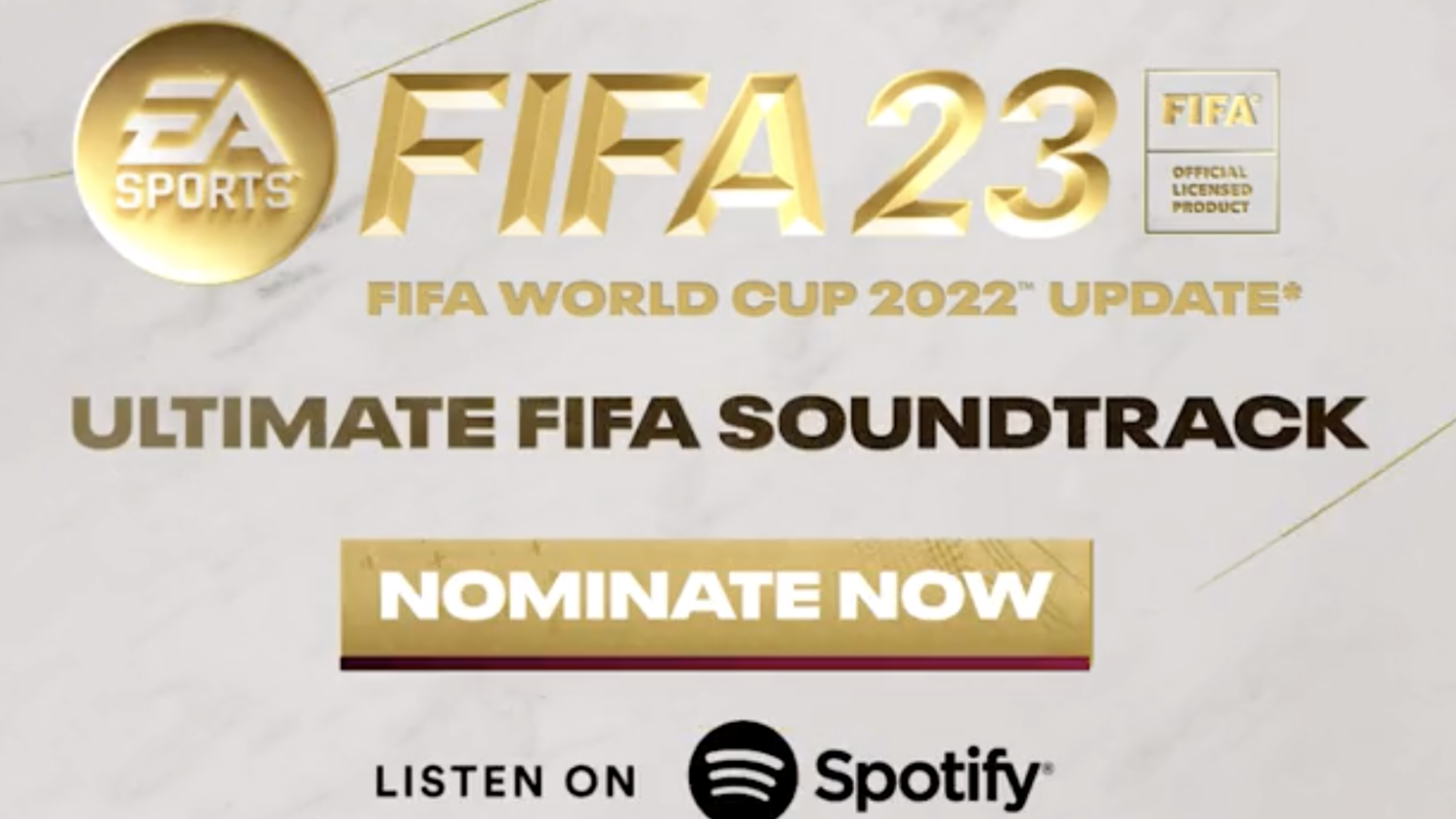 EA Sports have always been the curators of cool, finding the vibe before it exists and getting it right every single time. Over the years, the FIFA soundtrack has become synonymous with playing the game in our youth and the immaculate vibes that came with it.

Everyone has their favorites. A culmination of great songs and the memories we hold near and dear make them more than regular music. It's the butterflies-in-your-stomach feeling you get when “Love Me Again” by John Newman plays in the bar or when your friend queues up “Love Natural” by Crystal Fighters in the car.

This year’s game will be EA’s final installment in the FIFA franchise, as it becomes EA Sports FC in 2023. To celebrate the famous partnership, EA Sports is launching the Ultimate FIFA Soundtrack Debate, where fans can listen to past FIFA songs on Spotify and promote specific songs on social media using the hashtag #UltimateFIFASoundtrack.

The debate will continue until Nov. 7, when the Ultimate FIFA Soundtrack, a Spotify playlist consisting of the Top 100 most-streamed and most-nominated tracks will be unveiled. This ultimate soundtrack will also be used for the upcoming FIFA World Cup update scheduled for Nov. 9.

Listen up! The #UltimateFIFASoundtrack is coming to #FIFA23 and @Spotify.

Decades of bangers in one iconic soundtrack. Just in time for the FIFA World Cup.

Back your track by streaming it and let us know which heat has to make the Soundtrack.https://t.co/MHbRjS67G6 pic.twitter.com/VyHp4SVf4k

Together with EA Sports, Spotify created the EA Sports FIFA Mix, a personalized playlist of songs from various FIFA soundtracks that align with each listener’s personal listening habits. Additionally, playlists from FIFA: Road To World Cup 1998 to FIFA 23 are available to stream on Spotify.

So what should you do? Take a week to embrace your roots. Create a playlist of your favorite songs that tug on your heartstrings and make you feel some type of way. Get opinionated, and share your picks on your social media. Your Spotify is your ballot for the next week, so listen to “My Type” by Saint Motel in the car, “Song 2” by Blur in the shower, and “Ticket To Ride” by KAWALA while you work. But ultimately, just listen. Your younger self will thank you.