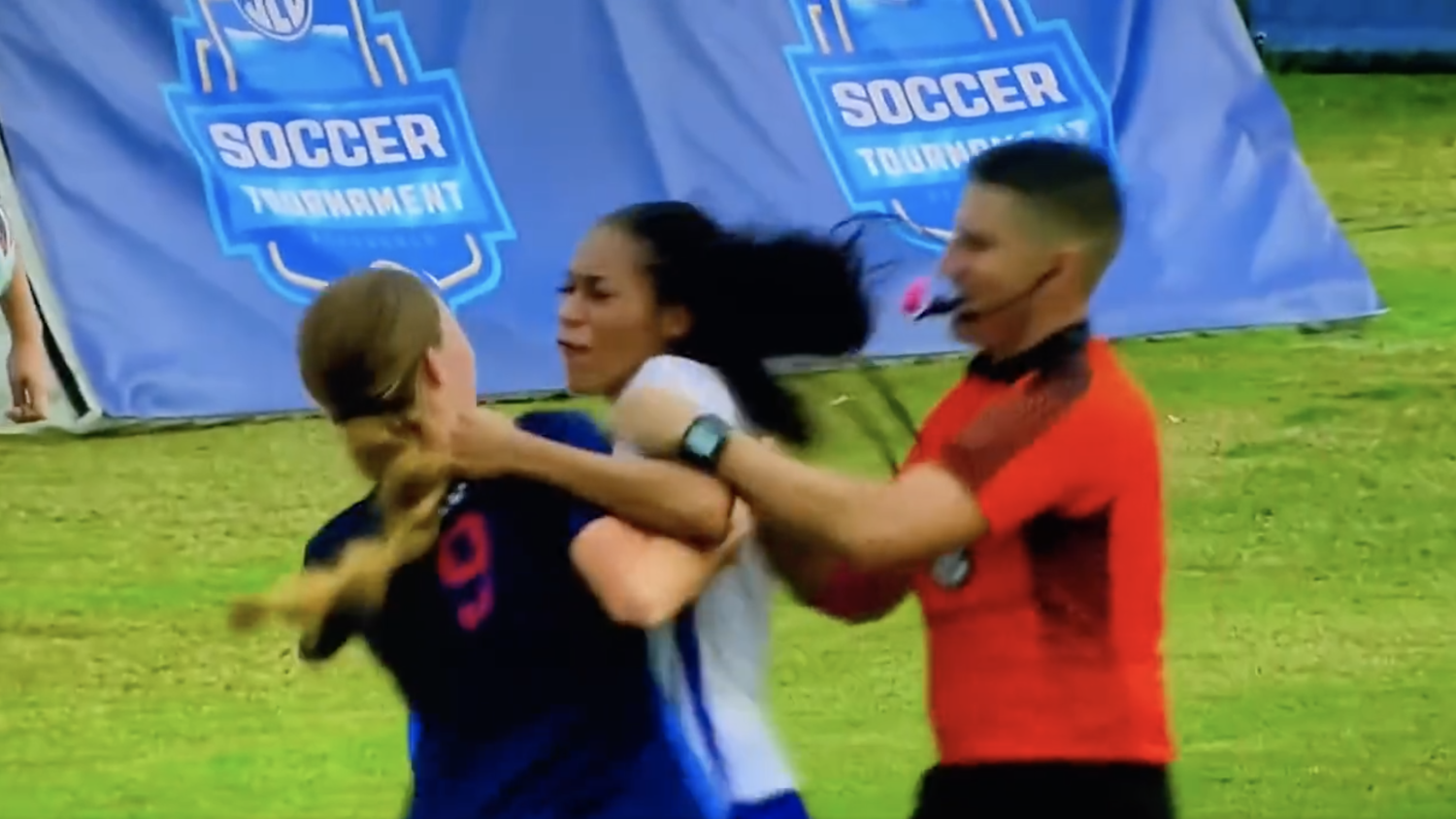 Ole Miss got the last laugh and won in a penalty shootout.
@Austin_Barbour | Twitter

Video of an Ole Miss LSU soccer fight during the first round of the women’s SEC Tournament went viral on social media over the weekend. On Sunday, No. 10 seed Ole Miss defeated No. 7 seed LSU 3-0 in a penalty shootout to advance to the quarterfinals.

The game saw three red cards with all three being handed out in the second overtime period. With less than seven minutes to go LSU senior defender Maya Gordon and Ole Miss junior forward Ramsey Davis clashed near the sideline.

Both players were trying to win the ball when Davis grabbed Gordon around the waist and the LSU Tiger responded by punching Davis in the chest. Davis responded with a strong slap to the face and then it was chaos.

LSU - Ole Miss in womens soccer is now the most heated rivalry in the SEC pic.twitter.com/TNvg96ovDy

All three players received red cards and earned themselves a one-match suspension. Ole Miss would win on penalties but then lost 3-0 in the quarterfinal against No. 2 seed South Carolina on Tuesday.