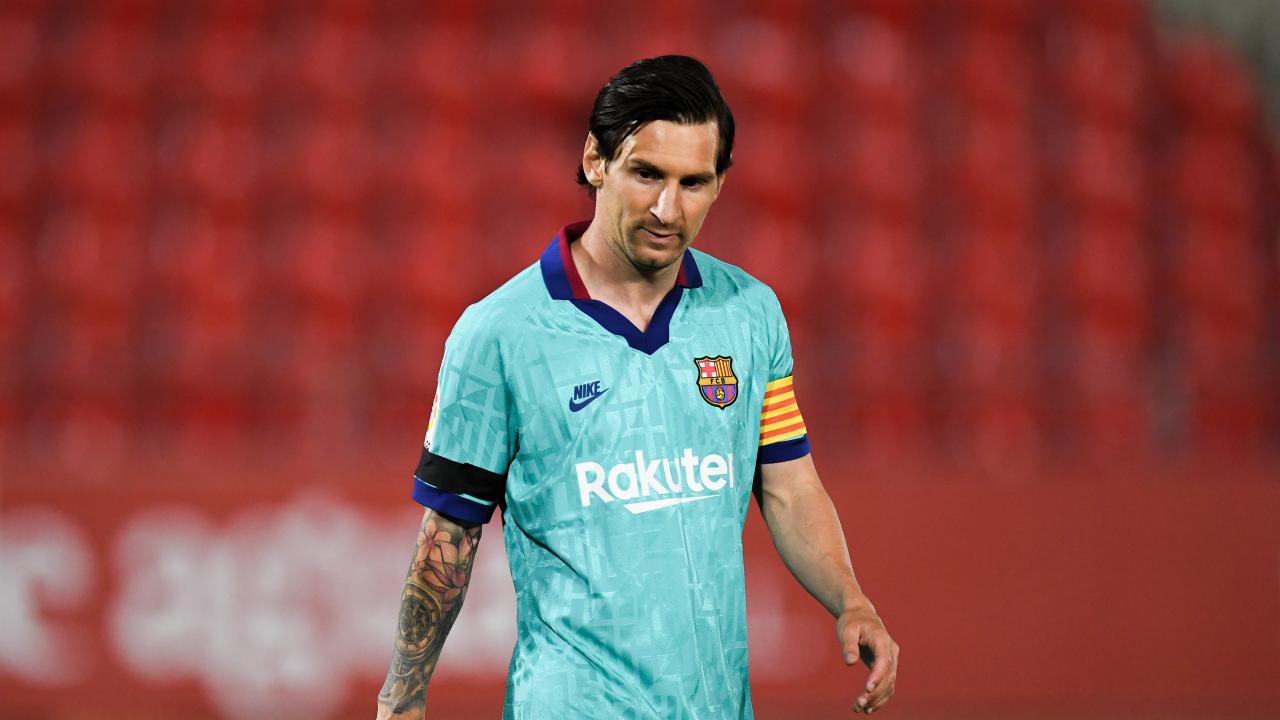 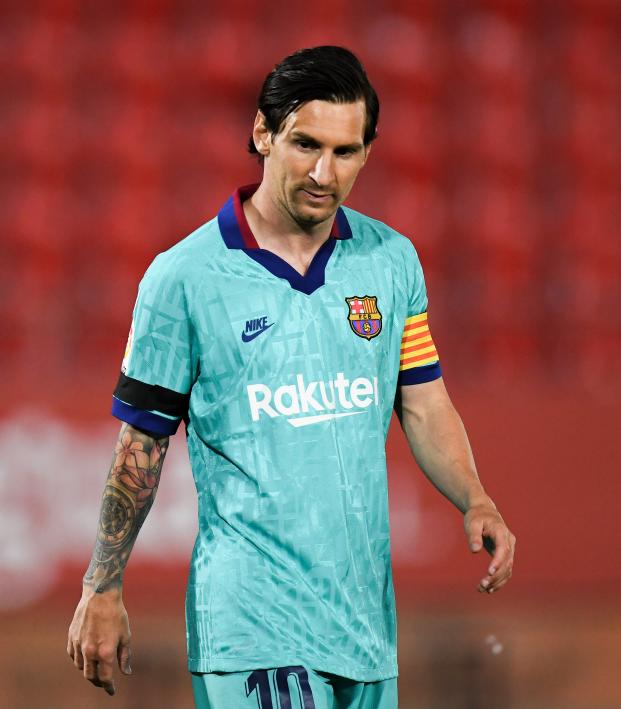 Which European Power Is The Best Fit For Messi?

The Lionel Messi transfer saga has provided the excitement we've all craved during a quiet transfer window, as every club has hope of signing the world's best player (no, he's not going to MLS). The only thing standing in the way is a potential $835 million release clause, which may or may not still be valid depending on who you ask.

Very few clubs have both the funds to afford Messi and the talent to challenge for the Champions League title he craves, and the list of potential landing spots has quickly diminished. With only a few realistic candidates left, it's time to determine which team is the most plausible destination for Barcelona's all-time leading goal-scorer.

The Messi to Man City rumor has gained traction in recent days, but is it really a good match? City scored 102 goals in the Premier League last year, most in the league, and just four short of its previous record of 106. A front three of Raheem Sterling, Sergio Aguero and Rihad Mahrez/Bernardo Silva, plus Kevin De Bruyne in midfield, is enough to intimidate even the most experienced EPL defenders.

The question is, what can Messi possibly add to this attack? Mahrez and Silva combined for 17 goals and 19 assists from the right wing position last year in EPL play. Messi recorded 25 goals and 21 assists in LaLiga. For a side that scored 100+ goals, that is not a massive improvement.

Any time you score 102 goals in 38 matches and don't win the title, you just have to tip your cap to the other team and give a stern look to your defense. City allowed 35 goals in 38 matches, a very impressive total, but too many of the goals the side conceded came directly off defensive mistakes and cost the side points.

There is Zinchenko's careless giveaway that allowed Southampton's Che Adams to lob Ederson. You have Otamendi's blunder against Norwich, a match where City allowed three goals to a Canaries side that scored the fewest in the league. The most egregious gaffe was Mendy and Walker's tomfoolery against Chelsea, which allowed Pulisic to dribble untouched into the City 18-yard box and score.

Three defeats and nine points dropped because of three defensive errors. Mendy and Zincheko were not Pep regulars but were forced to play significant minutes after the restart due to the lack of depth in the City squad.

Does adding an elite attacker to a side that already has multiple world-class forwards make that much of a difference? Especially when there are other areas of the squad that are in need of improvement?

City purchased Nathan Ake, a smart, ball-playing center half that fits the profile of a Pep Guardiola defender, but his Bournemouth sides have never been great defensively. Man City has spent nearly $90 million in the transfer market already, so it's difficult to invision the club adding much needed squad depth while also signing Messi.

PSG was 90 minutes away from being champions of Europe and boasts a world-class frontline of Kylian Mbappe, Neymar and Angel Di Maria. The French side also lost half of its starting backline, as Thiago Silva and Thomas Meunier both left on free transfers (to Chelsea and Borussia Dortmund, respectively).

PSG is another side hoping to break a series of Champions League disappointments, but is Messi the solution? Talent-wise, Messi is an upgrade from Di Maria, but the Argentine winger is a key cog in the Parisian attack, and his chemistry with Mbappe and Neymar cannot be underestimated. Di Maria tallied 23 assists across all competitions, which he complemented with 12 goals scored.

Can an attack thrive with three players that each require significant possession of the ball? Di Maria's passing prowess helped balance out the individual dribbling talents of Neymar and Mbappe, but adding Messi to that attack could throw off the delicately established balance among the front three.

PSG also just spent big money on another Argentine attacker, striker Mauro Icardi, and has yet to address its defensive issues. Thilo Kehrer and Presnel Kimpembe are young, talented replacements for Meunier and Silva, with last summer's $35 million signing Abdou Diallo providing cover, but the backline is left with a dire lack of experience.

The intangibles brought to the side by captain Thiago Silva will be difficult to replace without the signing of another experienced defender. Defensive midfielders Marquinhos (who also plays center back) and Idrissa Gueye are two capable players that will be asked to fill that gap, but constructing a new backline is always difficult, even with talented players.

On paper adding Messi seems like a stretch, even for PSG. But then again, PSG has never been one to shy away from signing exorbitantly priced attackers (see Neymar and Mbappe, among others).

Don't let the Europa League final fool you; Inter Milan has a very good squad. The backline trio of Diego Godin, Stefan de Vrij and Milan Skriniar is about as good as you'll find anywhere in Europe. Add Samir Handanovic in goal and you get the stingiest defense in Serie A last season.

With the goal scoring talents of Romelu Lukaku (23 league goals) up front, Inter finished just one point behind Serie A champion Juventus. Lautaro Martinez also had a breakout season, as the 21-year-old Argentine had 21 goals and seven assists across all competitions.

Don't forget about Christian Eriksen either. The former Spurs man had a rough go of it in his first Serie A campaign, but a player of his quality will find a way to perform. Imagine Eriksen, Lukaku and Messi in the same lineup; Lukaku a strong, goal-scoring presence up top, Eriksen controlling the game in the midfield and Messi popping up in all areas of the pitch and driving the attack.

Tactically, Inter are one of many teams that play a 3-5-2, which means that Messi would either move talented striker Lautaro Martinez to the bench, or he would be forced to play a more reserved wide role with additional defensive responsibilities. A formation change is possible, but the squad has three first-class center back, a lack of fullbacks and its wingers lack the attacking talent to play further up the field.

Would Inter be willing to overhaul the squad to accommodate Messi, or is manager Antonio Conte clever enough to fit the Argentine into the already existing lineup? One possible solution is to play a 3-4-3/3-4-2-1, with Messi and Martinez both as secondary strikers playing behind Lukaku and two holding mids, Marcelo Brozovic and Eriksen playing flat in the central midfield.

This is a formation Conte used with great success during to tenure with Chelsea and would provide Messi and Martinez with considerable attacking freedom, especially considering the quality of Inter's backline. The club sold striker Mauro Icardi to PSG for $55 million in July, and its transfer deficit is near zero, so this is a move that works for Inter financially. Messi could be just the player to end Juventus' run of nine consecutive Scudettos. Ronaldo already moved to Serie A and experienced success, why not Messi? Inter seems like the most plausible landing spot for the world's best player.