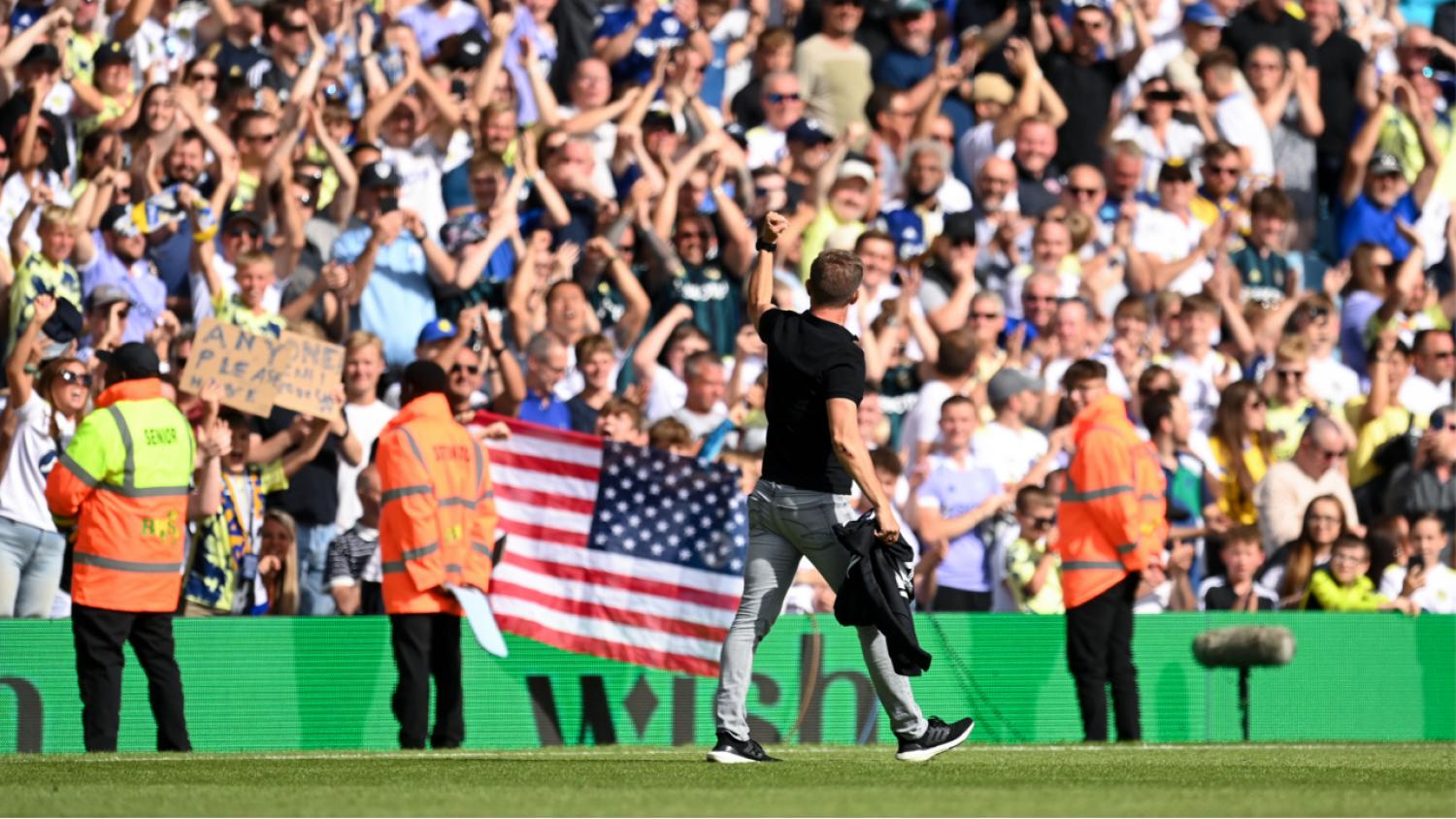 Americans were at the heart of the story as Leeds found a win against Chelsea.
Getty Images

Leeds did what nobody thought it could when Chelsea came to visit Elland Road on Sunday: utter humiliation was handed to the Blues. A dominate Leeds ran out 3-0 winners in an American masterclass thanks in big part to Brendon Aaronson’s first goal for Leeds.

A statement win for @LUFC

Our model has Aaronson’s goal at 0.99(xG). pic.twitter.com/Mpuvmu5Ybd

Aaronson finally opened his account in England by doing exactly what he's been doing since he joined Jesse Marsch’s side. Aaronson sprinted to pressure Mendy as he collected a back pass, forcing him into a mistake in which the Medford Messi pounced, brought it goalwards and looked away as he passed it home. The Audacity.

Aaronson has been lauded since the season began for his phenomenal pressing and this goal should put the rest of the league on notice that Marsch Ball is fully on display at Elland Road.

Koulibaly when he re-watches that Aaronson just did to him pic.twitter.com/YLbvqGgLRR

Koulibaly on why he couldn’t catch Aaronson pic.twitter.com/s0nSbzelFO

Chelsea’s capitulation went from bad to worse as each additional goal went in, capped off by a late Koulibaly red card which will see him miss next week’s game against Leicester.

TYLER ADAMS CELEBRATING THE WIN OVER CHELSEA WITH THE USA FLAG pic.twitter.com/gc3JzLqSkF

Brenden Aaronson is starring for #LUFC.

And he knows that his performance on a global stage is paving the way for more American players to make an impact in Europe's biggest leagues.

It was the culmination of everything Marsch had hoped for when he came to Leeds. Goosebumps came standard at full time as the Wisconsin native paraded around the ground greeting the fans and celebrating his side's sublime performance. Tyler Adams draped in the Stars and Stripes completed the look and in a post-match interview, Aaronson reminded the world that “Americans can play football too.”

Christian Pulisic, Brenden Aaronson and Tyler Adams chopping it up after the match

You love to see it. pic.twitter.com/jkXHvgaqHw

It’s only a matter of time for the Soccer Lombardi to come HOME.

Leeds has been my team forever. pic.twitter.com/JjHykuoZfg

After the first three weeks of the season, Leeds remains undefeated and sits in the Champions League places, perhaps a touch above where the club would have expected to be. Next week Leeds takes on Brighton away and will be hoping to extend its invincible run of form against the Seagulls.