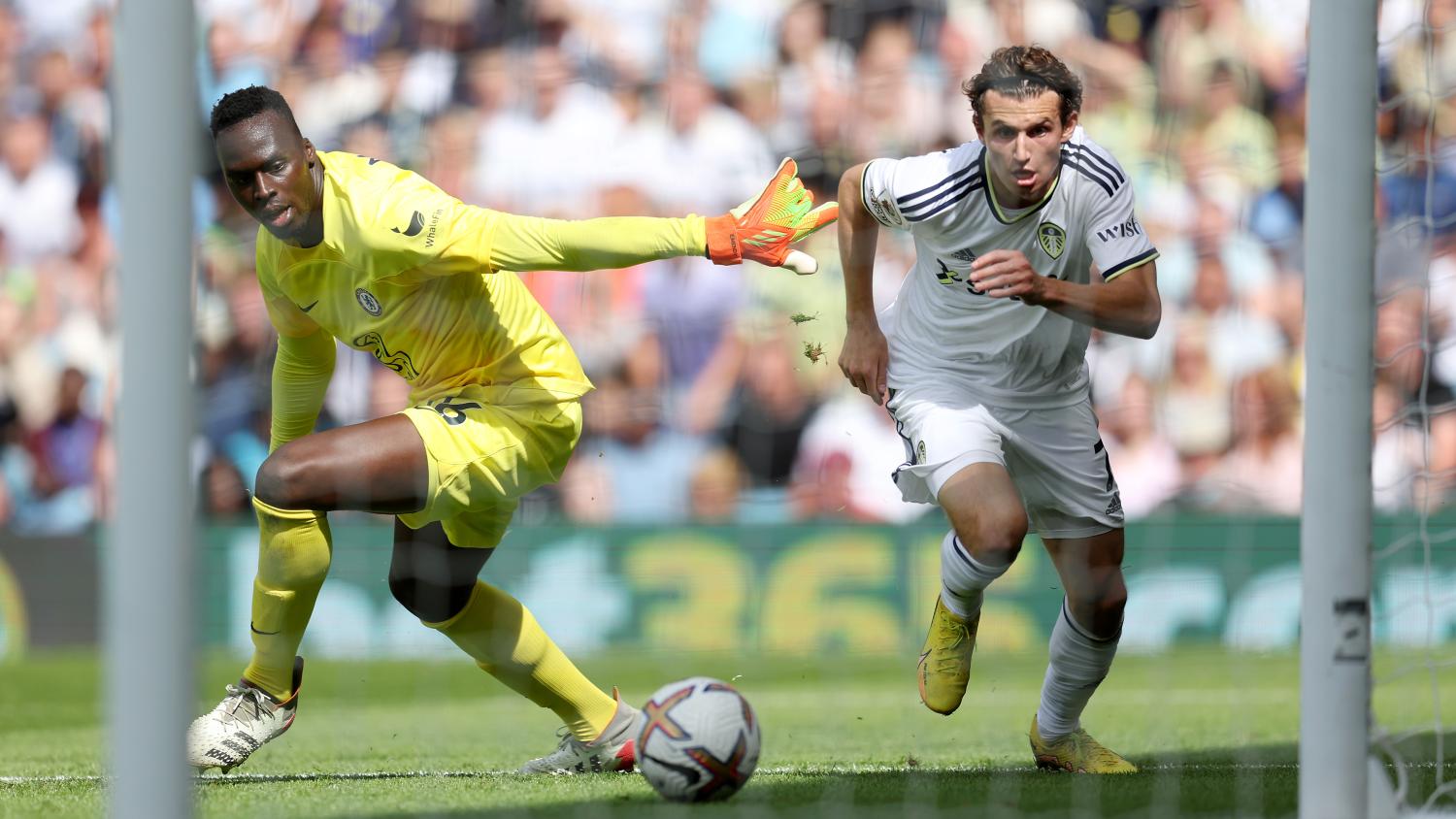 For the first time ever, an American player scored for an American manager in the PL.
Getty Images

The Major Leeds Soccer (MLS) experiment stunned the football community Sunday by recording its first win over Chelsea in almost 20 years, a 3-0 clinic at Elland Road, with USMNT attacker Brenden Aaronson scoring his first goal for the club and compatriot Tyler Adams putting Mason Mount in his back pocket for 77 minutes.

A blood and thunder start to the match was followed by a period of Chelsea superiority where it looked like the Blues would ultimately punish Leeds' wild ways, but Jesse Marsch's team seems to gather its strength from periods of distress.

Thomas Tuchel had highlighted and praised this characteristic of Leeds in the buildup. He said they're "a team that loves the chaos" and a side that "has a high acceptance for mistakes" as "they don't get frustrated by mistakes, they accept mistakes as chances to do counter-pressing."

Aaronson's opening goal distilled this quality down to its essence. The 21-year-old American looked sharp early on in turning Kalidou Koulibaly and earning "The Wall" his first-ever Premier League booking, but it was a "mistake" from the attacker that led to Leeds' opening goal.

In the 33rd minute, Aaronson took a heavy first touch before telegraphing a pass that was easily intercepted by Conor Gallagher. But Aaronson took it all personally.

Chelsea tried to recycle possession by playing it back to Édouard Mendy, but the goalkeeper was way too confident in his one-on-one abilities and Aaronson made him pay.

It was a sucker punch to the Chelsea system, and Leeds went and immediately doubled the advantage just four minutes later. Jack Harrison provided the beautifully shaped service from the free kick and Rodrigo got on the end of his Golden Boot leading fourth of the season.

Tuchel brought Christian Pulisic on in the 64th minute for Gallagher, but Leeds killed off the game with a third in the 69th.

Harrison and Rodrigo reversed roles and the Spanish international unwittingly teed up the former NYCFC attacker for the easiest of finishes.

Leeds are in full control!

Koulibaly was sent off for a second yellow in the 84th, and the final whistle saw Leeds climb to second in the table while Chelsea dropped to 12th.

"It was the best performance since I have been here," Marsch said. "You are starting to see a bunch of players who understand their role, some in the form of their lives. Our way of playing dictated the match. We made them make mistakes. These quality players can pass the ball all day if we give them time. We wanted to make them uncomfortable, and today we did."