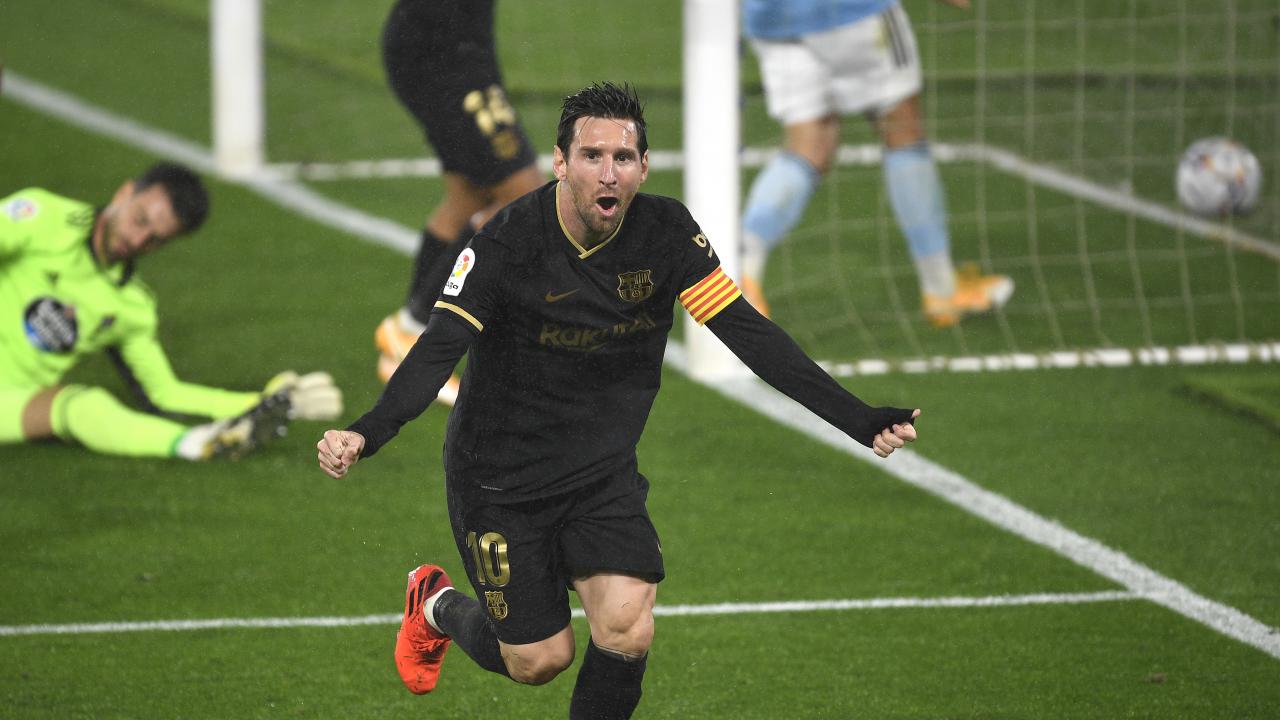 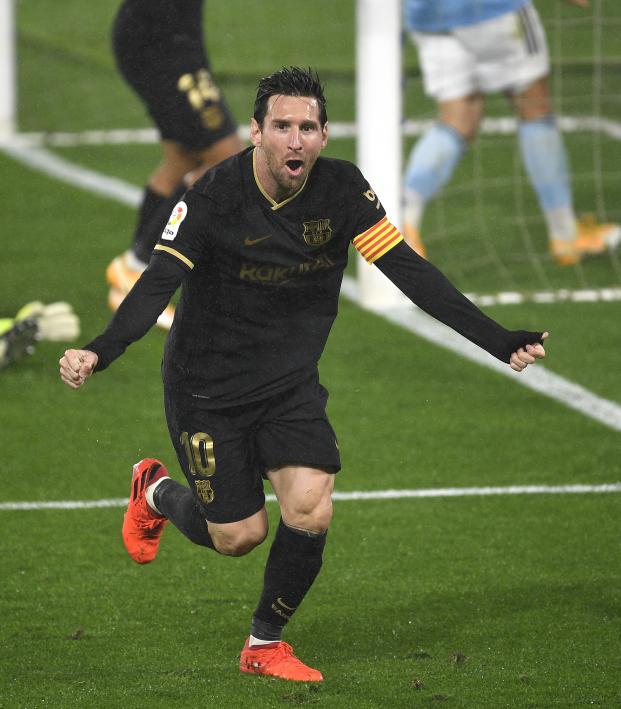 FuboTV Is Paying You To Subscribe To ESPN+ To Watch LaLiga

Lionel Messi is finally coming to U.S. audiences on a weekly basis without the need for an obscure channel no one can pronounce, let alone find on TV. And now fuboTV wants to help fans watch his every match with an exclusive offer: giving subscribers the money it’ll cost to watch every LaLiga match not on fuboTV.

After more than a decade of being hidden away on beIN SPORTS, LaLiga sold its U.S. TV rights to ESPN in May (for English and Spanish). Some matches will be on cable or broadcast TV, but the large majority will only be available on ESPN+, a subscription streaming service.

For American fans, this is great news. beIN SPORTS was almost impossible to find on a basic cable subscription. But subscribers of fuboTV, the best way to watch beIN SPORTS, will no longer be able to watch all of the biggest games every week.

FuboTV recognizes this could be an issue for many subscribers to its service, which isn’t cheap (plans start at $64.99 per month), especially with ESPN+ raising its price for a second straight year to $6.99 per month, starting the same day LaLiga kicks off on Aug. 13. So some fuboTV customers are being given a monthly allowance to pay for ESPN+ — or not, it’s your choice. 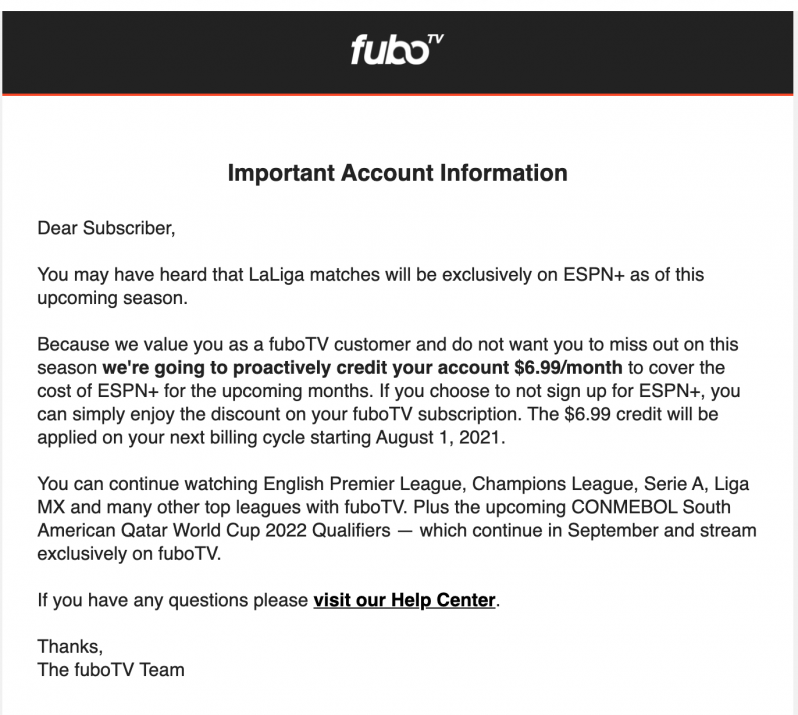 Many FuboTV subscribers (like ourselves at The18) received the above email on Wednesday, which detailed how fuboTV will be crediting $6.99 per month to subscribers so that they can take that extra money and subscribe to ESPN+ to watch all LaLiga matches, at least for “the upcoming months.” It’s honestly one of the most considerate things we’ve ever seen from a company, outside of giving $1 million to a soccer team.

(Editor’s Note: The original version of this story did not specify that only certain subscribers will receive the ESPN+ credit. We should point out fuboTV sent us mulitple nasty emails threatening legal action if we didn’t update the story to explain not all subscribers will get this free money, because apparently fuboTV does not like free press. We won’t make the mistake of singing fuboTV’s praises in the future.)

The cynic in me thinks there’s a behind-the-scenes deal between ESPN and fuboTV to get more ESPN+ subscribers, but the consumer in me loves free stuff, so who cares?

After fuboTV, ESPN+ is my favorite streaming service. The amount of soccer available is staggering. From three of the top four European leagues to nearly every MLS and USL match, ESPN+ is well worth the money, even before considering the other sports available.

No doubt, it’ll be an adjustment watching LaLiga on ESPN/ESPN+ — I, for one, will miss Ray Hudson. But this little boost to soccer fans’ bank accounts will make the transition all the easier.