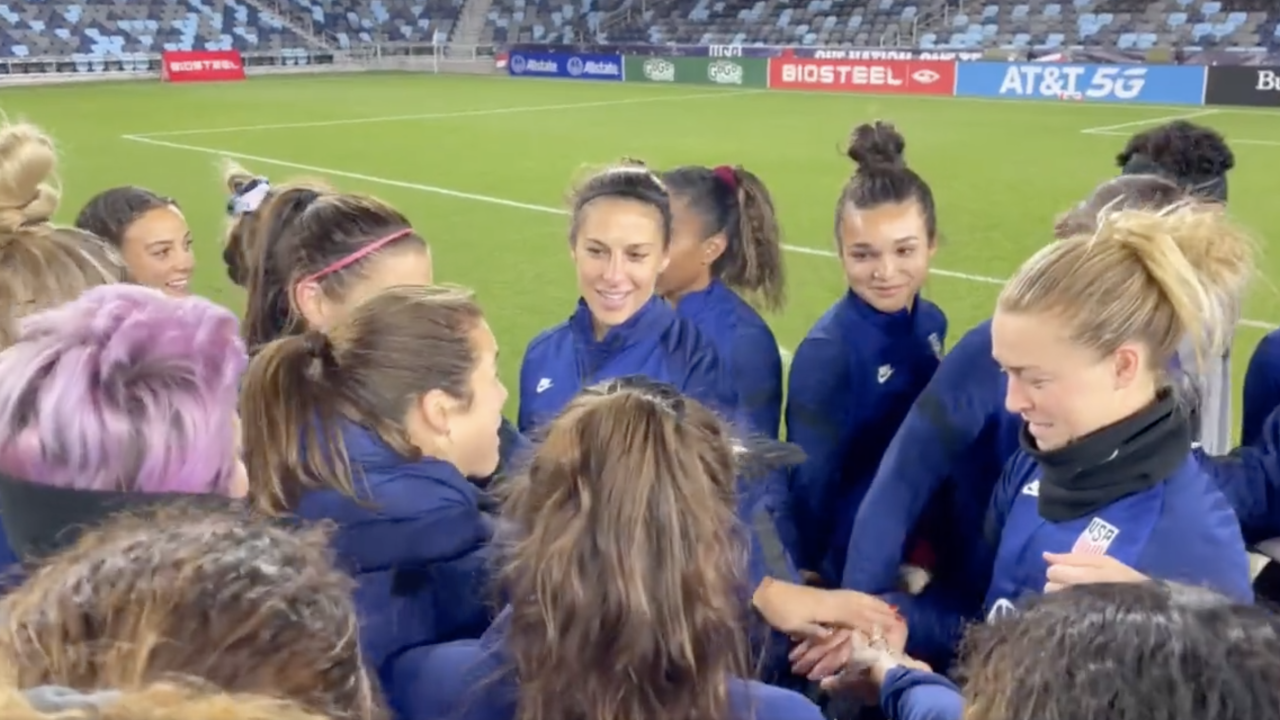 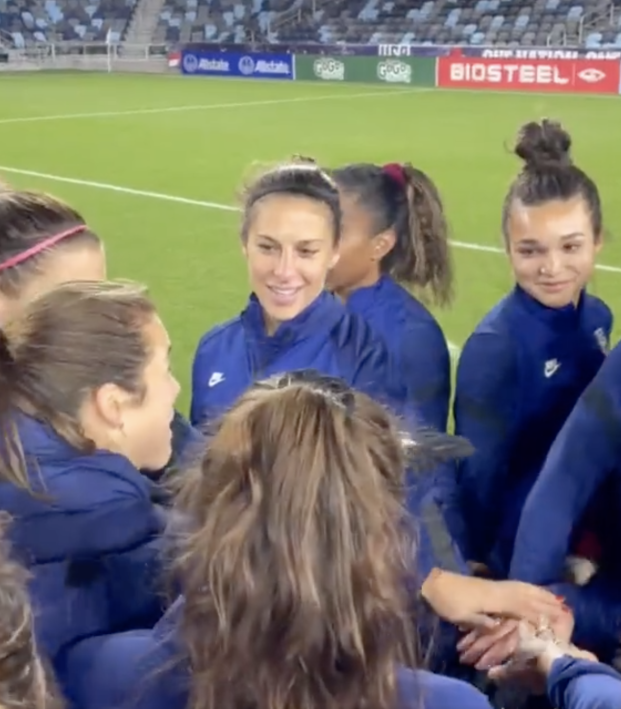 One of the greatest players in U.S. Soccer history will sign off on Tuesday. After 16 incredible years on the field with the USWNT Carli Lloyd will hang up her cleats. Fans, players and other athletes are all preparing for the emotional moment when Lloyd plays her final game against for the national team against South Korea Tuesday night.

Enjoy every moment, @CarliLloyd. What a journey it's been.#ThankYouCarli pic.twitter.com/FxW5xZ0HOo

On Monday night Lloyd practiced with the USWNT for one final time. She’s always been known for giving it her all no matter what. Some may remember the USWNT’s No. 10 doing wind sprints all alone after a heartbreaking loss in the 2020 Olympics.

There’s no doubt that the 39-year-old put in 100 percent effort in her final training session. After practice had finished the team gathered around Lloyd as she said her thanks and goodbye. This was obviously an emotional moment.

“I’m going to miss you all. One last hurrah. Thanks for all the memories,” Lloyd told her teammates as several “we love you” calls echoed around Allianz Field.

The USWNT’s social team posted this video and I couldn’t help but notice that one player — not sure who — quietly signs Fall Out Boy’s “Thnks fr th Mmrs” while Lloyd says goodbye. If you listen carefully, you can hear the 2007 hit being hummed.

I couldn’t tell you why this made me chuckle, it just did. Here Lloyd is looking at her teammates for one of the last times. No one knows what’s going through her mind in this special moment, and then someone decides that now of all times is the best time to sing.

Lloyd reluctantly ran through a teammate tunnel shortly after saying her farewell.

Lloyd’s “one night and one more time” will take place at Allianz Field in Minnesota as the USWNT plays a friendly against South Korea. The game will be shown on Fox Sports 1 at 8 p.m. ET.