Reactions in Australia to the Socceroos’ opening goal vs. France is what the World Cup is all about 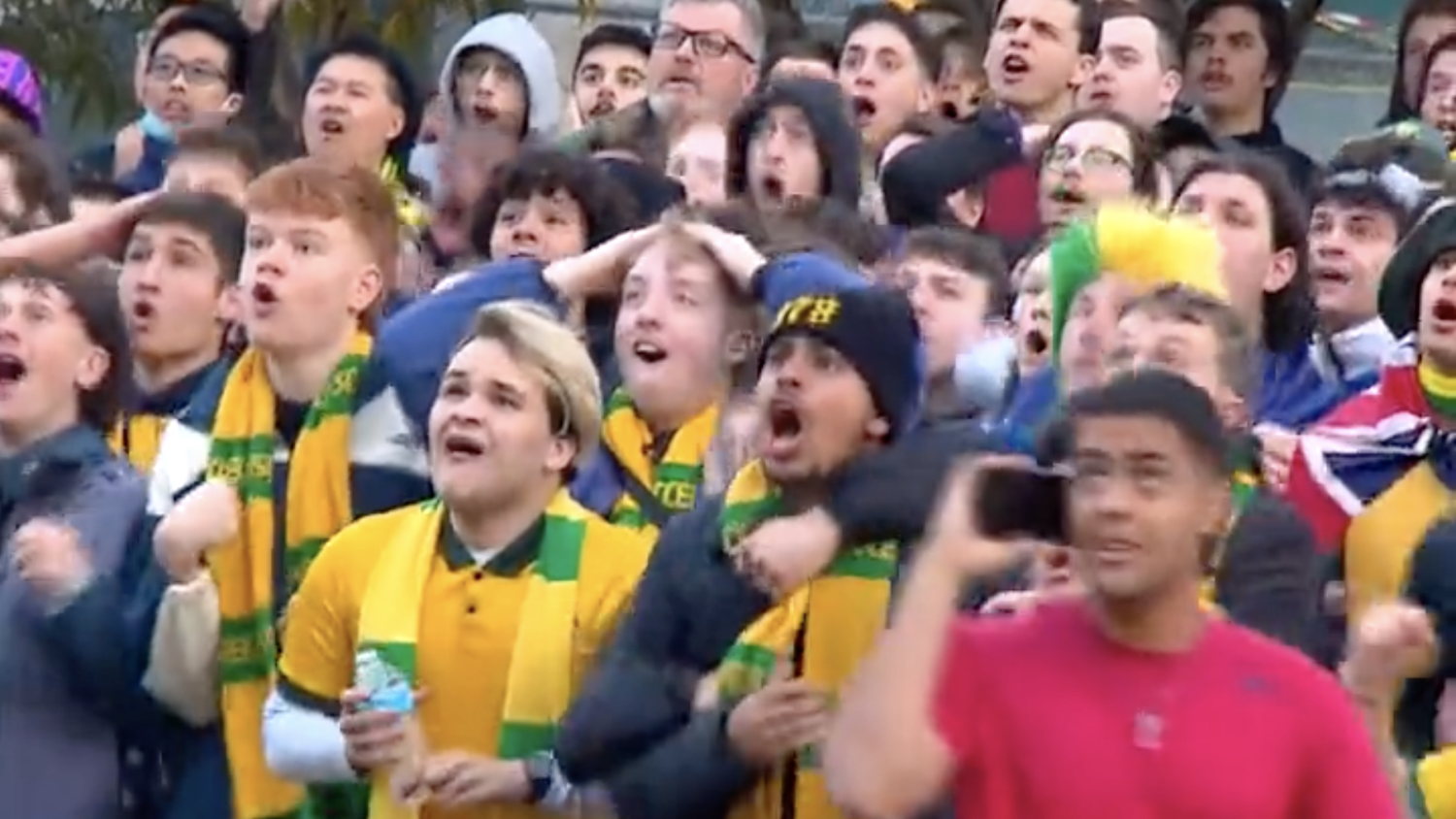 Australia’s opening World Cup game against France went pretty must as expected. France dominated and cruised to a 4-1 victory, but there were 18 beautiful minutes that the Socceroos held a 1-0 lead.

Because of time zones, fans back in the land down under had a groggy morning to watch their team play. Kickoff was at 6 a.m. for fans that gathered to watch in Melbourne. Despite the fact the sun rose only a couple minutes before kickoff, the energy was still there from the fans.

When Craig Goodwin scored the game’s opener in the ninth minute it was pandemonium in the stadium and Australia.

The electrifying reaction to the Socceroos' first goal against France has been captured in Melbourne. #9News pic.twitter.com/nKIO0xg4xE

"I've been to State of Origins, I've been to cricket World Cup finals. But I've never seen anything quite like the atmosphere when Goodwin scored. It was insane" pic.twitter.com/H1wAA8k5TK

Nothing like losing your mind at six in the morning over soccer. These kinds of reactions are part of the magic of the World Cup. Similar scenes happened in Japan after the massive upset of Germany.

This Saudi Arabia fan really took the door with him

When the final whistle was blown, Saudi Arabia fans were in tears over their team's win pic.twitter.com/OM7uSAYn5c

This is why this is the best sport in the world.