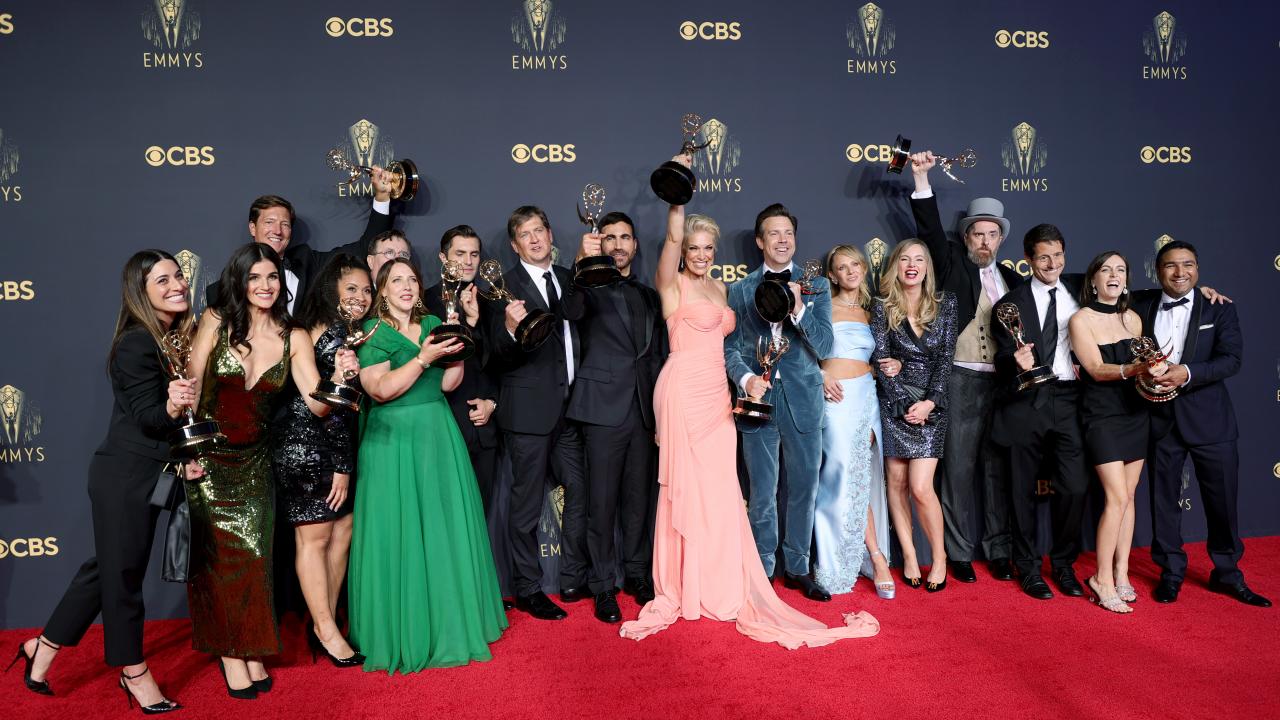 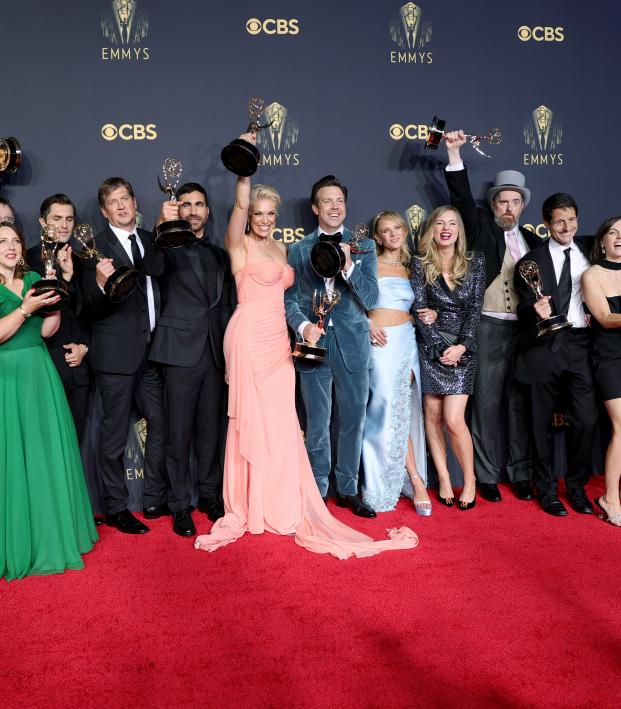 Ted Lasso is a national treasure and had a fantastic performance at the 2021 Emmys. The fact that the Apple TV+ hit had 20 nominations was an amazing stat alone. In total Ted Lasso won seven awards. Here are all seven.

I could go on and on telling you about how great Ted Lasso is. Instead, let’s just take in the moment and look at all the Ted Lasso highlights from the Emmys.

Jason along with the Ted Lasso cast and crew doing the roy kent chant at the emmys pic.twitter.com/aZPL24gacf

| jason sudeikis and the cast and crew of ted lasso accepting their #emmy for outstanding comedy series! pic.twitter.com/TNKNyF9zrL

"Oh god, did we really make Michael Jordan cry?" @hanwaddingham accepts her #Emmy for her amazing portrayal of Rebecca Welton in #TedLasso pic.twitter.com/pO0aSZjhGP

"It doesn't just happen on television." Jason Sudeikis shares why it was important for the latest season of @TedLasso to discuss mental health. The show won best comedy series at the #Emmys. pic.twitter.com/YTYlIzZMpj

| jason sudeikis speaks with emmy correspondent backstage, after winning the emmy for outstanding lead actor in a comedy! #Emmys2021 pic.twitter.com/OHgMRhfBSb