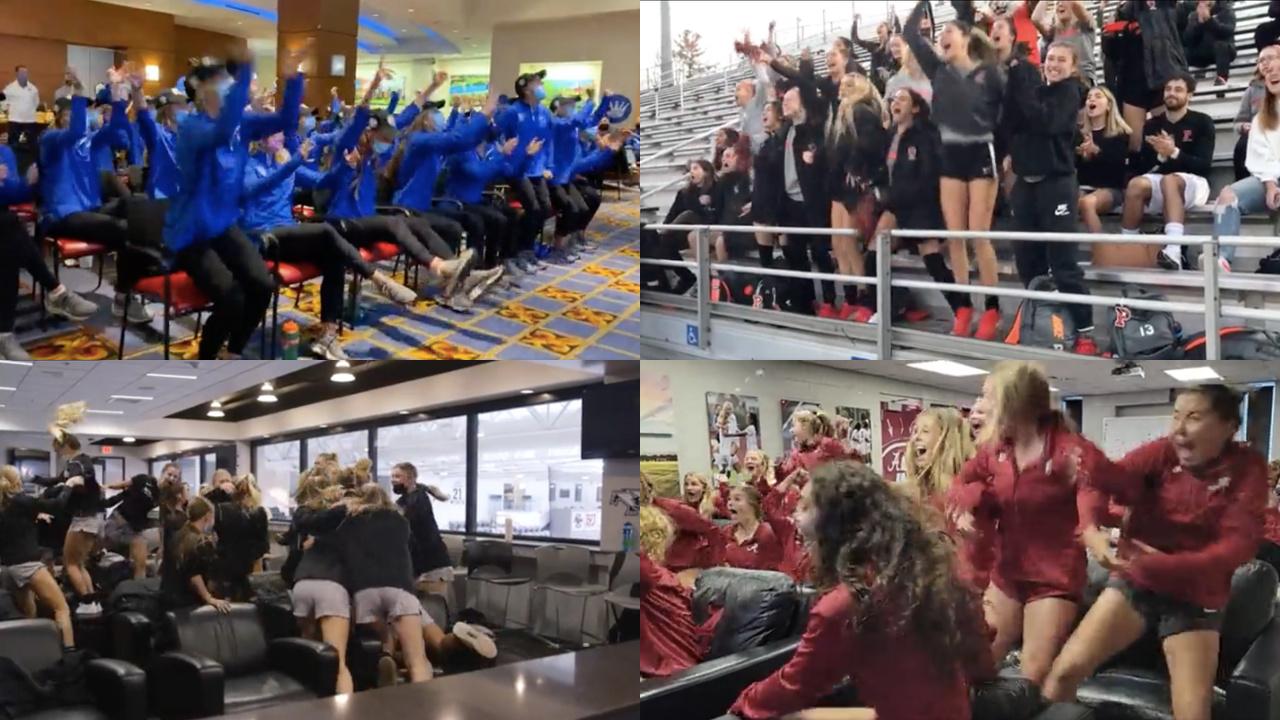 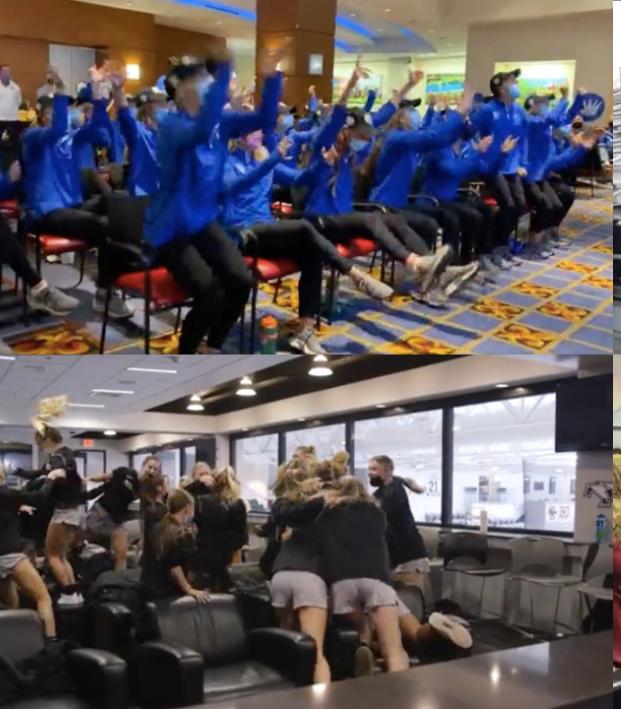 The field is set and the 2021 NCAA Women’s Soccer Tournament bracket has been revealed, showing us the 64 teams that will do battle beginning with the first round on Friday, Nov. 12 and ending with the College Cup final on Sunday, Dec. 5 at Stevens Stadium in Santa Clara, California.

The Selection Show took place on Monday, Nov. 8 and revealed that the four top seeds are Florida St., Rutgers, Virginia and Duke, and they’re joined by other traditional powers such as North Carolina, Stanford, Santa Clara, Notre Dame, Penn State and UCLA. 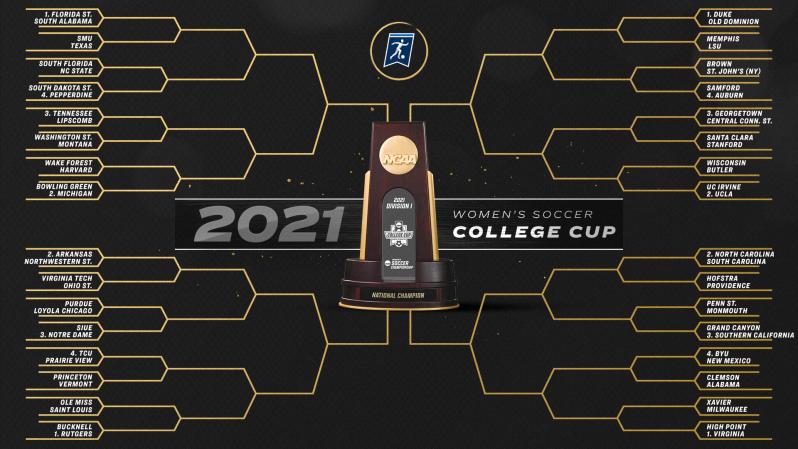 After months of dedication, hard work and highs and lows on the pitch, hearing your university’s name announced to the tournament field is the ultimate recognition of a job well done.

Here’s a collection of how team’s celebrated.

The moment we've been waiting for all season! ⚽️#WavesUp pic.twitter.com/VArbRSKvtx

I guess you can say we're pretty pumped

When your name is called in the @NCAASoccer bracket!

The @bgsuwsoc Falcons found out their NCAA Championships first-round destination today, & it'll be a short trip north for the Orange and Brown...#AyZiggy | ⚽⚽⚽ pic.twitter.com/XfXOkEOaLH

Michigan women's soccer earned a #2 seed in the upcoming NCAA Tournament--the best in school history. Watch and listen as they heard the news Monday afternoon. The Wolverines will face Bowling Green in a first round matchup this weekend. @umichwsoccer. pic.twitter.com/iIEUXfNQ7M

Callin' the Hogs for our 8️⃣th trip to the NCAA tourney in nine years. pic.twitter.com/4l0xYhVMI3

Tigers will host Vermont this weekend to open the @NCAASoccer tournament!

The Billikens will head down to Oxford, Mississippi to take on Ole Miss in the first round of the NCAA Women’s Soccer Championship Friday at 7:00 pm pic.twitter.com/7tIKaDvble

A Battle Of The Tigers

LSU is in the 2021 NCAA Tournament and will take on Memphis in the first round!#GeauxTigers pic.twitter.com/sml8IovzHG

"We all know we have some unfinished business from our first game of the season." - @maryraymonndd

Our ticket is punched.

Now it's time for you to get yours!

We are hosting Round 1 of the NCAA Tournament at Shaw this weekend! #HoyaSaxa pic.twitter.com/DJ37B5CRO6

We are in! Your Broncos host Stanford in the first round of the @NCAA Soccer Tournament! pic.twitter.com/327PHsoF6T

Ready to get back to training tomorrow! #Badgers || #OnWisconsin pic.twitter.com/KfPrfuCTx1

The Bruins are fired up for #NCAASoccer and ready to dance! pic.twitter.com/gMlNYxs1HH

Hear what @PC_CoachLopes had to say after earning an at-large bid to the NCAA Tournament!

The Friars will travel to Hofstra University on Saturday, Nov. 13 for their First Round match-up. Kick-off is set for 1:00 p.m. #gofriars pic.twitter.com/r1M6DXDBCe

We’re in! We’ll be hosting Monmouth in the first round of the NCAA Tournament. Stay tuned for details!#WeAre pic.twitter.com/bEal2JJ9ID

ITS GO TIME
See you this Saturday, at South Field pic.twitter.com/ZA3KAbDDm8